As we enter the final two weeks of the campaign for the presidency of the United States, we’re also hitting the bottom of the barrel with creative agency projects, which have, by and large, been overwhelmingly tilted against Donald Trump. And with good reason. The first new activation this week comes from Wieden+Kennedy, who opened a food truck in their native Portland ostensibly selling “Donald Trump's BS.” A little on-the-nose maybe, but at least the food items were genuine! The truck was parked in Pioneer Courthouse Square from 11am 2pm on Friday and Saturday last week. A menu printed on gold-coloured paper revealed items like “Middle-Class Hero,” the “America-First Hero,” “Border-Security Hero” and “Tell-It-Like-It-Is.” All of the these items come with wrappers which debunk various famous Trump statements. Each of the menu offerings are a different take on the same basic food: a baloney sandwich, which the agency gave away for free as part of the stunt. 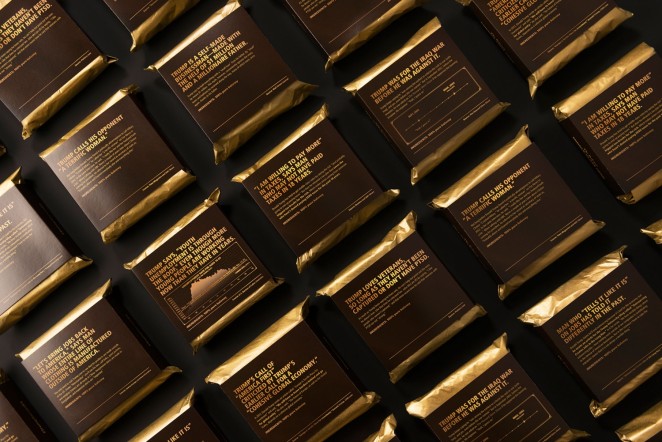 W+K described the stunt, which came complete with a chef, concierge to take your order, menus printed on gold-coloured paper, and free boloney sandwiches, as “A lighthearted theatrical expression that is intended to be a metaphor for Donald Trump’s candidacy.”A spokesperson for the agency added: “With 18 days to go and our fate in the hands of American voters, a new food truck has arrived in the mecca of food cart culture to serve sandwiches to the people, with a healthy dose of factual information. We’ve debunked some of Donald Trump’s remarks on eight custom designed sandwich wrappers, across five different types of (you guessed it) baloney sandwiches.” 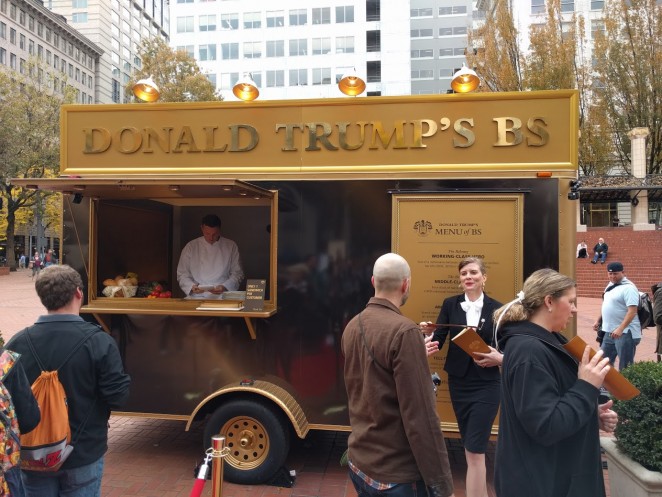 The second major activation of the week comes from Kevin Jones (CCO), Goran Krstic (Design Director) and Ryan Moreno (VP/Director of Integrated Production) from CP+B LA, who have launched a new project called “Washington vs. Trump” with a hand-painted billboard in Brooklyn, New York, Washington Vs Trump website and Instagram page. The project groups quotes made by both US founding father George Washington and terrifying demagogue/Republican presidential candidate Donald Trump and simply revels in the hilarious/actually quite sad juxtapositions. 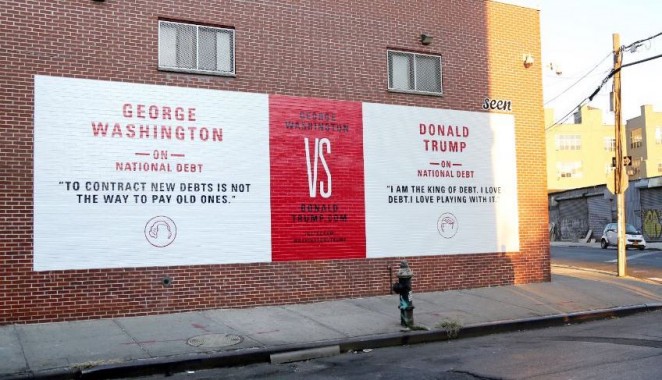 Jones explains: “The project was born while reading a biography of George Washington and, at the same time, being bombarded with news feeds about what Donald Trump was saying and posting. It occurred to us that there was a stark contrast between the way our first president thought and spoke about politics, this country, and life in general, versus the things Donald Trump was putting out into the world. When we began comparing quotes made by each men on the same topic, we found the contrasts to be shocking, both in tone and content. So much so, that we found ourselves laughing. And then immediately appalled. We know that many people share this sentiment, and that there’s a chance this website will be speaking to the choir. But it is our hope that presenting this simple side-by-side comparison that we will manage to persuade a few voters who are currently on the fence.”

A number of high-profile creative shops and executives have weighed in on this year's presidential race, including GS&P, which launched the “Accomplishments” anti-Trump effort last month following a similar video the agency made back in July; a group of anonymous creatives urged young voters to oppose him in the primaries; and 180LA, which mocked “The Wall” for camera company 360fly earlier this summer. Even earlier in the year, of course, barrettSF also launched the now infamous Shit For Trump campaign, which really needs to be seen to be believed! 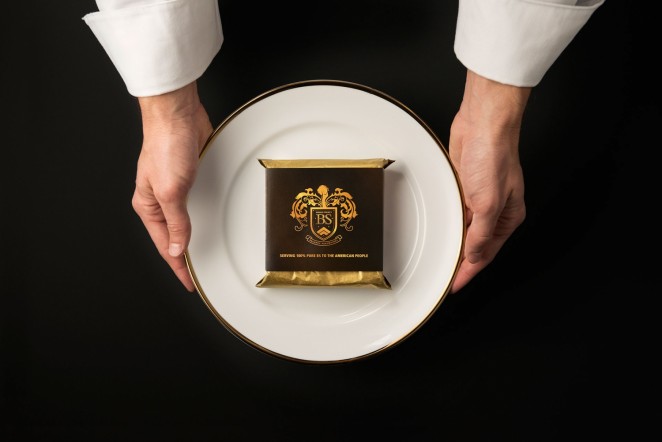