Virgin Trains unite East and West for the first time

Virgin Trains is uniting its East and West Coast rail franchises for the first time ever in a combined integrated campaign that aims to use subtle wit and humour to help the brand become one of the best loved in the UK. The “Be Bound for Glory” campaign focuses on how travel (and train journeys in particular) is often for something important. Big life moments such as meeting your fiancé’s parents or preparing for a business meeting that could change the course of your career. SO Virgin Trains positions itself as a caring brand that will help customers arrive prepared to tackle whatever life may throw their way. The campaign, which also builds on and reinforces Virgin Trains as leaders in customer experience, launched over the weekend during The X Factor on ITV on Saturday night and during Downton Abbey on Sunday night (prime real estate indeed). The TV spot in question was created by Krow Communications, and tells the familiar story of a young man who is meeting his girlfriend’s family for the first time. Because he travelled there on a Virgin Train, he feels at his absolute best, ready to win them over. 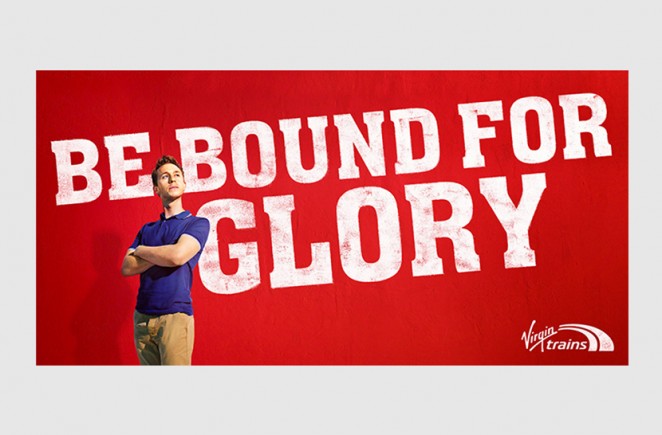 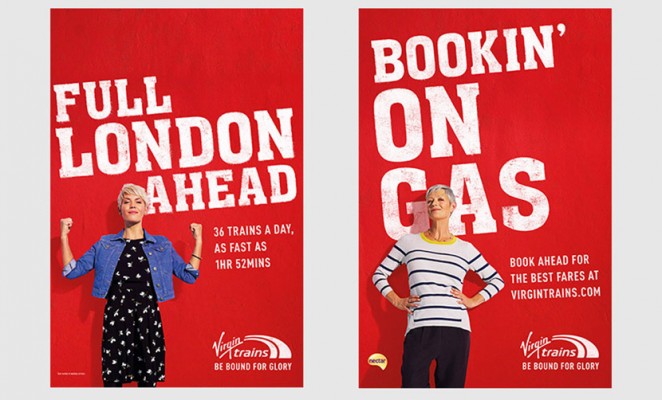 The TVC will be amplified by print and outdoor, including a take-over of Waterloo’s IMAX between September 21 and October 4 that utilises Ocean Media’s first dynamic lighting technology, and a domination at London’s Holland Park roundabout. TMW Unlimited has created the digital display for the campaign, using dynamic fare information to segment and target potential travellers based on location and profile. TMW Unlimited is also creating content for Virgin Trains’ social channels including The Virgin Trains Name Game, with lucky winners being rewarded with First Class travel. After launch, TMW Unlimited will also be creating an online film, which tells the story of how Virgin Trains helps out a budding best man.

Katie Knowles, marketing director of Virgin Trains on the West Coast, said: “This campaign is fundamentally about how our amazing Virgin Trains experience enables our customers to be ready to take on the world. We know people travel long distances for important things, so we want to show people really ‘nailing it’ when they arrive. Be Bound for Glory, which is a big, bold statement that only Virgin Trains could make, does just this.” Danny Gonzalez, her West Coast counterpart, added: “Whilst we’re technically two separate businesses, we are all part of the Virgin family. By combining under one master brand for this campaign we want to show that, whichever line you travel on, you will still receive the same customer service, comfort and speed for which Virgin is renowned, and wherever your destination, we’ll get you there ready to take on the world.” 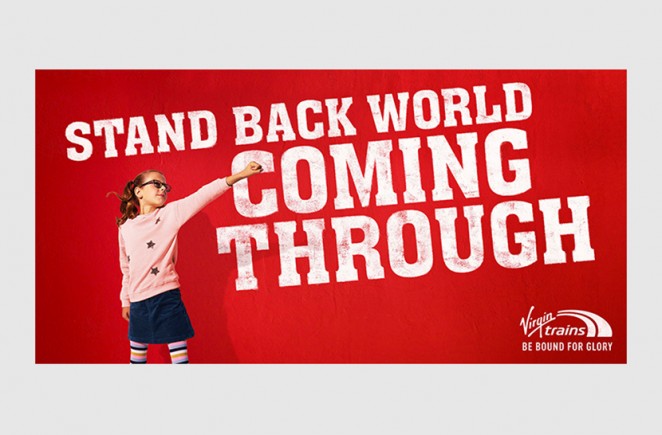 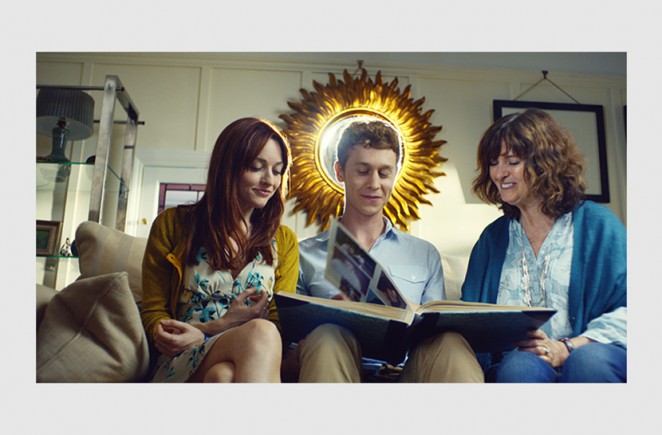