British supermarket Tesco has continued the trend of taking viewers back to past times with its Christmas ad for 2019, while continuing to celebrate its 100-year anniversary.

In the ad, created by BBH London and Stink, one of the retailer's delivery vans travels back in time to deliver 'food from the future' after being caught with a strip of Christmas street lights.

The vehicle and its driver then visit consumers in various decades spanning the last 100 years including Winston Churchill's reign as prime minister in the 1940s and 50s and the birth of rave music in the 80s. 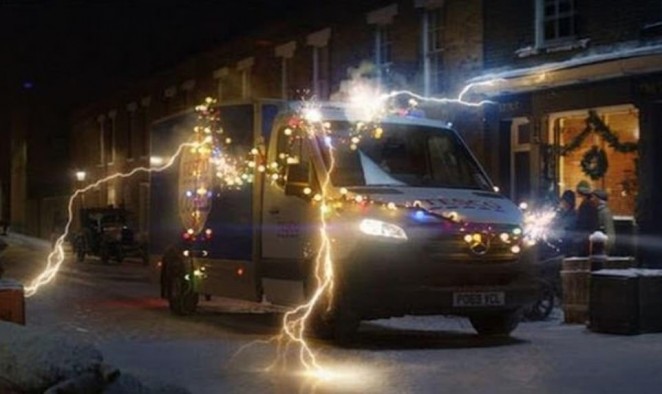 Over the past few weeks, other retailers such as Sainsbury's and John lewis have also launched ads set in previous eras which seems to have become a trend for brands in 2019.

Rather than focusing on a new decade beginning in 2020, a nostalgic theme has emerged in this year's campaigns with Sainsbury's setting its ad in Victorian times and John Lewis taking us back to a snowy village inhabited by a fire-breathing dragon.

At the end of the Tesco offering, the driver returns home following his adventurous and surreal last shift before Christmas as we a brought back to the current day. The film was directed by Traktor.

Last week, Tesco teased the campaign by placing a delivery van on a customer's roof.