Super Bowl 51: Ad land gets political. Or does it?

The 2017 Super Bowl came and went last night, with the New England Patriots coming back from the brink of defeat to score their fifth Super Bowl title. The real drama, however, appeared to be happening between the plays. Whilst Lady Gaga's half time show was pretty spectacular, it was remarkably free of liberal political sentiment save for a brief rendition of the Woody Guthrie civil rights anthem “This Land is Your Land.” Adland, however, were remarkably more open with their feelings on President Trump and his controversial Muslim travel ban.

Whilst there was an awful lot of hype built around the brand new, multi-million dollar spots this year in the weeks leading up to the game, the ad that ended up making the most noise, at least in terms of social media activity, was an old one. Originally shown during the 2014 Super Bowl, the Coca-Cola ad by Deutsch shown last night was perceived by many to be a timely political statement and a rallying cry against the divisive actions of President Trump. It's a simple spot, featuring a diverse cast of people singing “America the Beautiful” in various languages, including Arabic and Hindi, against a backdrop of different US landscapes. The spot won a flurry of positive tweets, of course, and it was definitely the right move. I mean, why spend millions on a new ad when you already have one in the chamber that fits so perfectly with the current cultural and political climate? I'm personally wary, however, about the motivations behind the so-called 'statement' piece. Yes it can be read as a massive “fuck you” to Donald Trump (indeed, many of the president's supporters have said they are boycotting the drink as a result of the ad), but honestly, I think the brand probably chose to air the “It's Beautiful” ad last night because it knew the kind of social media response it would catalyse. Still, it's a genuinely beautiful piece of advertising.

“There’s a lot more anxiety, self-inflicted anxiety, in the country than there has been ever in the past” Mike Sheldon, CEO of Deutsch

Hyundai reunite US troops with their loved ones

Hyundai are an official sponsor of the NFL, so they really needed to make an impact last night, and few will argue that they did just that. The brand, alongside its agency partner INNOCEAN, transported several US troops from a base overseas to the heart of the action in the stadium. Using custom built 360-degree immersive pods, Hyundai allowed the soldiers to feel as though they were in the stadium. In an emotional surprise moment at the end, the troops were virtually transported into a suite at the stadium where they realised they weren’t alone, but surrounded by their families whom they could see and interact with. Hyundai, INNOCEAN and renowned director Peter Berg filmed, edited and produced a 90-second documentary in real-time that captured the incredible experience of US troops being virtually reunited with their families as they experienced the Super Bowl live. It ran after the final whistle in the first commercial break immediately following the conclusion of the game, before the trophy ceremony. Arguably the most ambitious 360 experience possible to date, and filmed across two continents, three broadcast systems created high-resolution spherical videos allowing the soldiers to feel surrounded by a stadium suite and their loved ones attending the game. The satellite video and audio streams allowed the families to communicate with each other in real-time. The action was shot in a suite at the Super Bowl in Houston and at an undisclosed military base overseas. The footage from both locations was edited and produced in a production trailer outside the stadium during the game.

In a move that appears to further underline the thin skin of the President and his followers, many Donald Trump fans lashed out on social media after they perceived the “Born the Hard Way” Budweiser Super Bowl ad from Anomaly as pro-immigration. The ad portrays a fictionalised version of the journey of Adolphus Busch to the US, where he would go on to help create Budweiser beer with fellow immigrant Eberhard Anheuser. It's a purely fanciful piece with little basis in fact, but, unlike the Coca-Cola ad (above), it could hardly be seen as a dig at Trump unless you were really reaching. Many other brands used the Super Bowl platform to make subtle, patriotic statements tolerating diversity and tolerance, with Airbnb and Audi also releasing spots that espoused views presumably not shared by the 45th President and resulted in a backlash from heavily right wing American citizens. The Airbnb spot from TBWA\Chiat\Day New York (also above) is particularly obvious and damning in its intentions and is, in my opinion, all the more powerful for that fact. Budweiser, however, is seen by many to be as American as apple pie, which is presumably why so many beer-drinking Trump voters felt so personally offended by the ad. At this point, however, it seems like there are few things from which Trump followers won't take offence.

“People are saying, ‘Is this trolling Trump? I don’t think it’s trolling. It’s a big smack in the face saying dude, this is America” Rob Schwartz, CEO of TBWA\Chiat\Day New York

Mr. Clean the most effective Super Bowl ad according to Kellogg School

Mr. Clean scored big in strategic rankings with its “Cleaner of Your Dreams” ad in the 13th consecutive Kellogg School Super Bowl Advertising Review. Other brands that earned top marks include Bai, with their Justin Timberlake-featuring spot, Febreze and Skittles. On the flip side, 84 Lumber and American Petroleum Institute received low grades for less effective brand strategies during the Super Bowl. Many brands emphasised inclusiveness as an ongoing trend throughout the big game, but it was a completely bi-partizan ad from Leo Burnett Toronto that made the most impact, one which I personally didn't like at all, but what do I know? The Kellogg School Super Bowl Advertising Review uses a strategic academic framework known as ADPLAN to evaluate the effectiveness of Super Bowl spots. The acronym instructs viewers to grade ads based on Attention, Distinction, Positioning, Linkage, Amplification and Net equity. A full list of the rankings is available here.

Everything goes wrong for Snickers

Finally, let's forget Trump and statistics for a while and simply focus on an inspired piece of advertising. An actually rather unique one from BBDO this. The whole ad, which was subject to a significant amount of hype in the weeks preceding it, was based around the concept of everything going wrong during a live broadcast, and featured Star Wars actor Adam Driver as the token man who “wasn't himself” because he was hungry for a Snickers. The spot was actually shot live, and it was an inspired choice to do so, as anything that would have gone wrong during the broadcast could just as easily be seen as part of the fun. I won't say any more as it would ruin it for you, but I especially love the prop guy using a fire extinguisher even though there's no fire. Nice touch guys. 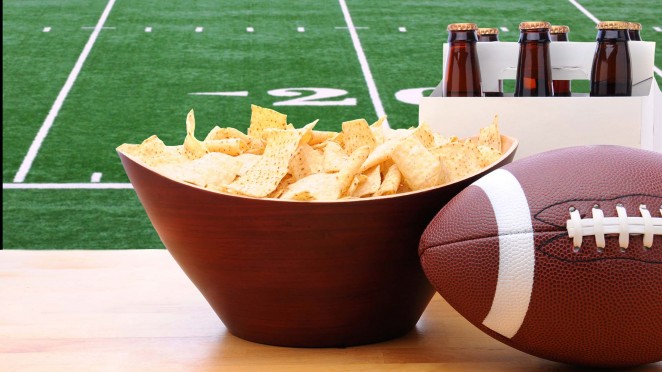 That's it for the Super Bowl this year, but if you can't get enough Super Bowl ad news, there is even more to explore in our Super Bowl 2017 Celebrity Endorsements and Super Bowl 51 Roundup pieces. Finally, you can see our round-up of almost 40 Super Bowl ads RIGHT HERE.

Benjamin Hiorns is a freelance writer and struggling musician from Kidderminster in the UK. The views expressed in this article are his and his alone.