The launch of any new product is crucial to its performance in the market, especially in a category as crowded as the smartphone market. Culture-centric agency Wasserman was tasked with launching Samsung’s Galaxy S8 and S8+ smartphones while also building love not only for the product, but the brand as a whole. 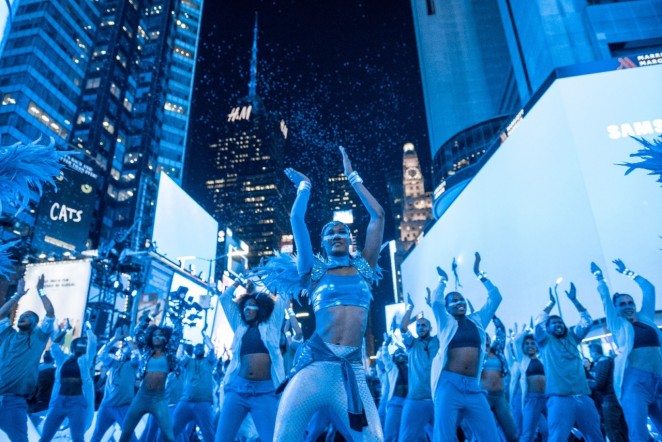 To bring full attention to the launch in such a crowded category, Samsung with the help of Wasserman, R/GA, Starcom and a handful of other partners devised a fully integrated activation comprised of out-of-home, experiential and social marketing across Times Square and the High Line; one of the world’s most heavily advertised and busiest locations.

The Galaxy S8 and S8+ brand creative focused around the world’s first infinity screen, which frees the usual boxed-in screen to give you more to see and less to hold. Fitting in with Samsung’s wider “Unbox Your Phone” message, Samsung took over 69 screens across New York City (most notably 49 in Times Square and 13 across The High Line – a first for the space) and displayed a diver deep in the ocean confronted with a giant whale. The motif emphasised the juxtaposition between nature and us and the limitless possibilities available if we ‘unbox’ our minds. 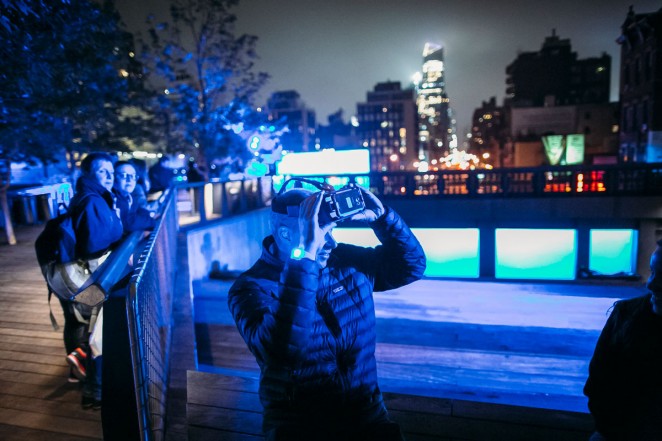 To break the barriers of traditional out-of-home, Samsung timed the creative to go live across Times Square’s boards in unison and dimensionalised it on the ground with a breath-taking spectacle. The famous landmark was flooded with 110 themed performers led by legendary choreographers Rich & Tone, all dancing to transform the floor of Times Square into the seabed and create another giant billboard captured from above.

The hundred thousand visitors were submerged into the performance and made to feel a part of the cast. The audio-visual complexity of the spectacle drove the success with tens of thousands of programmable LED wristbands, hundreds of electric jellyfish umbrellas, 50 three-foot LED hexagonal panels, bubble machines, composed music, and stage lighting. 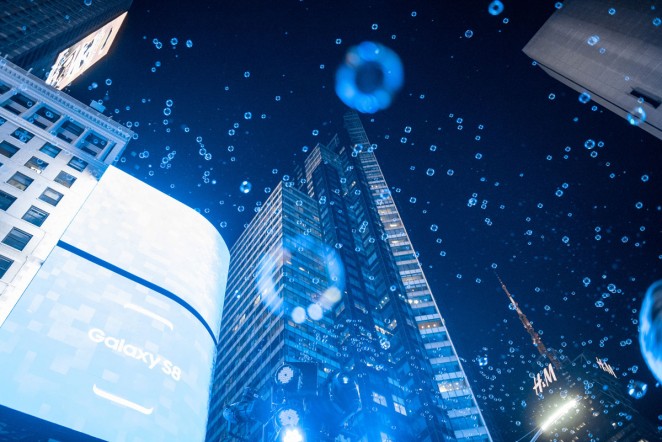 The concept then extended from Times Square across to the High Line, reimagining and fragmenting out-of-home yet further with multiple custom-built projection screens, including a 170ft long projection in the Chelsea Market Passageway and a 25ft hologram further along the High Line. The visitors were immersed in the underwater world with a stunning lighting and sound design, complemented by air bubble machines and LED wristbands that reacted and pulsed depending on your location. 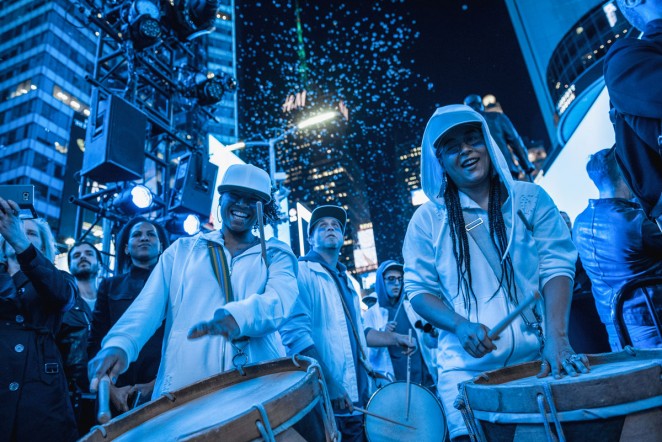 The activation changed the perception of how OOH can work, seeing locals and tourists alike taking part in the activation. The result was a truly transformative moment: two iconic New York City landmarks, 126,000 New Yorkers found themselves playing a part and it moved them to capture and share it on their own in spectacular numbers, leading to 7.65MM social engagements and 213MM social impressions within one week. 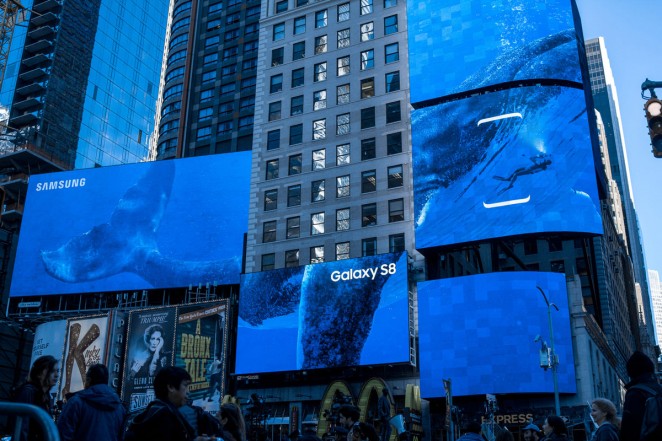 Samsung and Wasserman believe the execution reinvented traditional out of home to produce one of those increasingly rare “I was there” moments, irresistibly shareable for the thousands on the ground, and enviously viewed by hundreds of millions closing the through the line content loop. 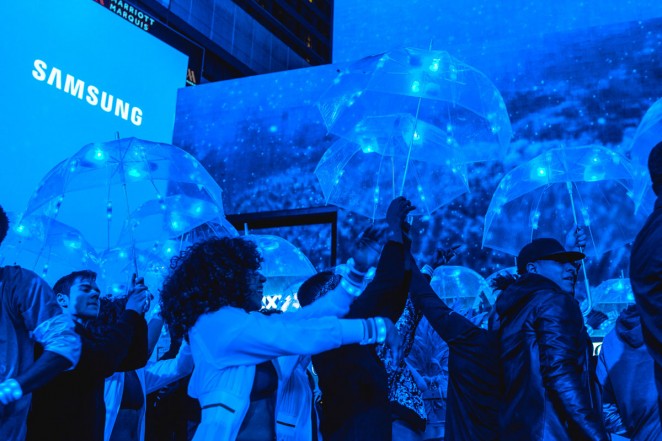