Besides John Lewis, Sainsbury's is probably the UK retailer with perhaps the most enviable track record when it comes to memorable recent Christmas TV spots. Their latest is a three and a half minute masterclass in animated whimsy called “The Greatest Gift,” which stars the put-upon protagonist Dave; a hard-working dad who, in the run up to Christmas, is feeling pressured to meet all his commitments. It's a relatable spot that would have worked even without the soundtrack, but it's the accompanying song that really sells it.

The soundtrack was composed by Bret McKenzie (best known from The Flight of the Conchords and winning an Oscar for his work on The Muppets) and is sung by James Corden, who might not have the most impressive pipes, but certainly does an admiral job. The incredibly lifelike sound design was looked after by the team at Jungle Studios. As for the animation, the models for the ad use full colour 3D printed faces; the first time these have been used in an animation production in the UK. There were 800 faces with different expressions printed just for Dave, and 1,700 faces in total. 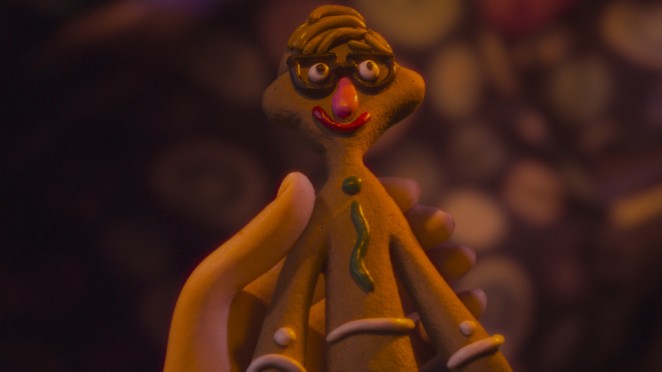 The spot was created by Abbott Mead Vickers BBDO, its last for the retailer after it shifted its creative account to Wieden & Kennedy earlier this year, ending a 35-year relationship. Will they be regretting their decision once this delightful spot starts winning hearts around the country this week? Only time will tell. The full version of the ad first appeared on Sainsbury’s Facebook, Twitter and YouTube channels this morning, but will make its televisual debut tonight during I'm A Celebrity Get Me Out Of Here on ITV. The animated world will also feature in a series of shorter 60 second ads, which will showcase the food on offer at the retailer during the festive season. These will launch on November 18.

As with John Lewis, Sainsbury’s has also created some related merchandise to sell in store, with all profits from the sale of the gingerbread Dave and stop frame film animation kit going directly to Great Ormond Street Hospital Children’s Charity to provide accommodation for families of children at the hospital. Customers will also be able to donate money to the charity at the till. 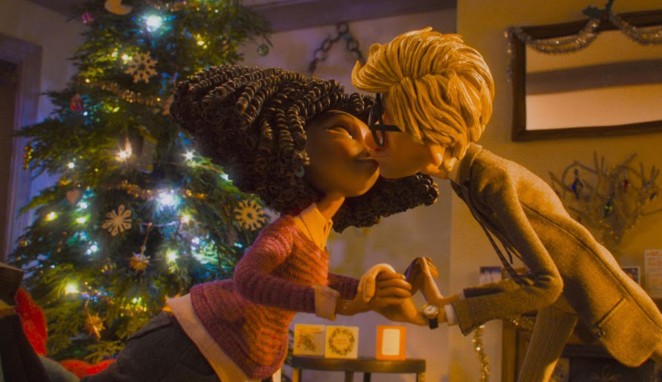 Sainsbury’s Head of Broadcast Communications, Sarah Kilmartin, said: “Christmas is for Sharing has been a constant theme for our Christmas ads for the last three years and it continues to have real resonance for our customers. This year is no exception and we think many families will be able to relate to the idea that Christmas can be such a busy time that it can be hard to prioritise simple family time together. We hope our advert will remind people of that while providing some light hearted entertainment for the whole family to enjoy.” Tim Johnson, CEO of Great Ormond Street Hospital Children’s Charity, added: “At Christmas, time spent with the people you love is precious. For the families of patients at Great Ormond Street Hospital who are unable to go home at Christmas, this is particularly true. More than half of the patients at Great Ormond Street Hospital live outside of London, and many are hours away from home. The money raised will enable us to help more families be together when they really need to be, by providing dedicated accommodation close to the hospital.”

The copywriter for the ad was Richard McGrann with art direction from Andy Clough. It was directed by Sam Fell through Passion Pictures. All the puppets were built by Mackinnon and Saunders in Manchester, and the sets by Clockwork Frog in Stockport. The stop motion sequences were filmed at Malcolm Ryan Studios in London. PHD is the media agency on the campaign.