It was announced yesterday that the Publicis Groupe is to acquire the design agency Turner Duckworth on behalf of the Leo Burnett network, which it owns. Turner Duckworth is most known for its designs for Coca-Cola, particularly its 2012 redesign of the Diet Coke can. It currently consists of around 70 employees shared across two offices in San Francisco and London, though there are expansion plans in the pipeline, which Publicis (with the vast resources at their disposal) will almost certainly wish to put into effect as soon as possible. It will keep its name and management team, operating at a standalone shop under the Leo Burnett network banner and will continue to collaborate with clients' agencies, so there are unlikely to be any conflicts created as a result of the deal.

Turner Duckworth is most known for its designs for Coca-Cola, particularly its 2012 redesign of the Diet Coke can

The move is an effort on the part of both Leo Burnett and Publicis to bolster their design offerings in relation to packaging and marketing. The companies have collaborated previously on work for Coca-Cola and Samsung. In a statement, Publicis has stated that the acquisition shows the importance that Leo Burnett places on “The marriage of design and creative advertising to deliver effective and meaningful communications programs for blue chip clients." The exact terms of the deal have yet to be fully disclosed. Tom Bernardin, chairman and chief executive of Leo Burnett calls the deal a “Very important milestone” for the company, and is proud that an agency of such calibre would come to Leo Burnett to help them in their global expansion. 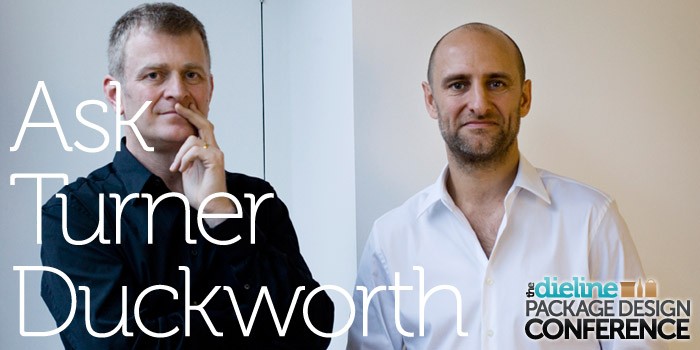 Turner Duckworth was founded in 1992, but it wasn't until 2006, when it started working with Coca-Cola, that the agency really started to spread its wings. The companies claimed the inaugural Cannes Design Leon Grand Prix for the drastic, striking redesign of Coke's visual identity and packaging back in 2008 and Turner Duckworth also won a Grammy award in 2009 for its design work on Metallica's “Death Magnetic” album. It has also worked with blue chip clients such as Amazon, Waitrose, Visa, Oreo, Jacobs and Google.

Publicis has stated that the acquisition shows the importance that Leo Burnett places on “The marriage of design and creative advertising to deliver effective and meaningful communications programs for blue chip clients."

Bruce Duckworth and David Turner, the founders and joint CEO/CCO's of the agency that shares their names, said they were happy to join the Leo Burnett family because they agree on the importance of design in marketing and the need for a “Strong design voice on a global scale.” They have said both agencies “See eye-to-eye about the importance of creative excellence, the growing impact of design on the brand communications world, and the desire to have a strong design voice on a global scale.” They also believe that clients expect “Seamless creativity” from their agencies, and with the expertise and resources offered by the combined power of Leo Burnett and the Publicis Groupe, who they also simply “Like as people,” they feel like the deal will be a great fit.

Benjamin Hiorns is a freelance writer and musician from Kidderminster in the UK. He has spent much of week thus far attempting to fathom exactly what “Coke Life” is.