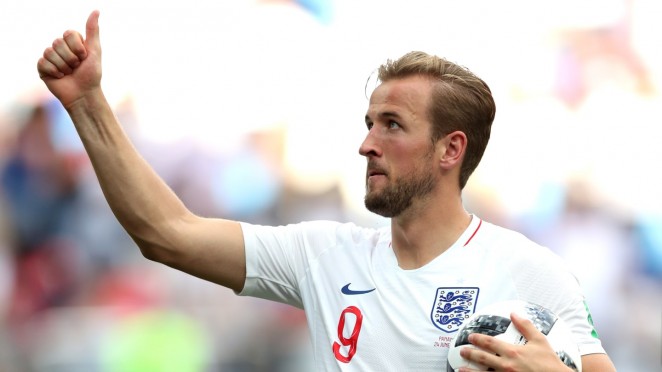 With the UK’s most anticipated sporting event of 2018, the FIFA World Cup Russia, now well underway, and England emphatically qualifying for the knockout stage after thrashing Panama 6-1 on Sunday, the next few weeks are set to be a perfect opportunity for brands to capitalise on consumer interest in the World Cup using out-of-home advertising.

Against a backdrop of declining consumer spending and high street misery in the UK, so much more than national pride hangs on England having a successful tournament. The World Cup equals big consumer spend: 20 million litres of beer will be sold in pubs during the group stage and if England make it through to the second round, retailers, pubs and restaurants are likely to reap an extra £1.3 billion**. This increases to £2.5 billion on souvenirs, sportswear, televisions and celebrating if England get through to the final, creating a huge revenue opportunity for businesses in these sectors.

Alexandra Porritt, Senior Client Strategy Manager at Posterscope, commented, “It’s no surprise that OOH works hardest in the summer months, with 15 percent more time spent outdoors. Add to that our love for all things football when it’s World Cup time and OOH really comes into its own. The afternoon kick-offs for nearly all of this year’s matches are perfect for capitalising on the digital OOH opportunity, by building excitement in the morning, bringing news to those out and about during the afternoon, and celebrating (or commiserating) after each game, significantly increasing brand recall.”

To demonstrate the effectiveness of dynamic copy in DOOH, Posterscope conducted an independent piece of research in 2017, via VirtuoCity, to test the impact against key KPIs. Against every measure, dynamic copy that was more relevant to the location, time or context delivered a stronger result versus linear content. There was an 18 percent increase in spontaneous recall, a 53% increase in message recall and 173 percent increase in relevance being cited as a reason for recall.

In March 2017, for example, Guinness launched a locally targeted, dynamic out-of-home campaign to celebrate its status as the official beer of the Six Nations Rugby, that automatically served ads to proximity digital OOH to provide kick off times and distance to direct fans to nearby pubs screening the live match. A network of sensors fitted in participating pubs captures footfall data and, based on capacity levels, triggers real-time, tailored creative executions cleverly drove fans to the best venues to watch the game. These pubs saw 4% incremental uplift in footfall during the campaign.

OOH is one of the few media channels which continues to see its audiences grow when others are seeing fragmentation. The average British person is now exposed to 71 adverts per day and in one week, OOH can reach 98% of the UK population***. It is also up to four times more effective at driving online behaviour than any other traditional channels, particularly amongst the younger and harder-to-reach 18-24-year olds – and through mobile. OOH and the World Cup are a powerful combination for brands looking to tap into this once in a four-year opportunity.

At work.shop.play, we have made a huge commitment to understanding and communicating with the urban audience. In 2012 we launched an online research panel consisting of people aged 16+ who spend time working, shopping or ‘playing’ (i.e. shopping & socialising) in towns and cities, which has grown to consist of almost 11,000 members. Each week, we send out an incentivised survey to generate behavioural, motivational and product usage insights about our panel. For each survey we receive between 1,600 and 2,000 responses, giving up to date information and robust data on consumer attitudes and behaviour around the country. The panel and surveys provide the unique opportunity to have a regular dialogue with the valuable urban audiences in the UK and gain exclusive insight, which can then be used to help shape clients' products, services and communications at Exterion Media.