Fascism is one hell of a buzzword, and if there could be one fascistic figurehead, it would undoubtedly by Adolf Hitler. Yes, many have accused Donald Trump of holding similar values as the man many still refer to as the most evil to have ever walked the earth, but that's just media-spun hyperbole. In truth, the great Fanta-skinned demagogue is little more than a lumbering ego in a necktie, but Adolf Hitler was something much more terrifying, and his notorious autobiography “Mein Kampf” (“My Struggle”) underlined his twisted moralities and political ideologies in a weighty tome that still (many might say unfortunately) circulates amongst well-intentioned academics and not-so well-intentioned neo-nazi wannabes to this day. 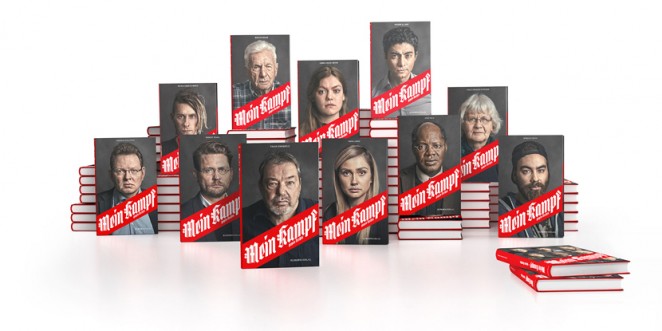 If you were ever curious yourself about the book then good news! Earlier this year, the copyright protection of the inflammatory publication expired, meaning it can now be published again. A perfect storm given the racist rants and demonstrations executed by extreme right-wingers such as Trump and his cronies in many supposedly civilised countries today. Whilst the book's potential exhumation could rightly be seen as a pretty bad thing, of course, Ogilvy & Mather Berlin have, in an inspired move, transformed the notorious hate bible into a bestselling rallying cry against racism, and the damaging ideals espoused by the original work. 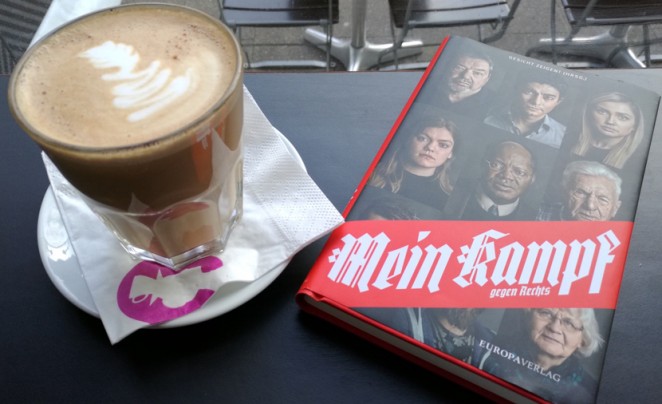 Seeking to oppose pressure on society from the right-wing and the republication of the inflammatory pamphlet, Ogilvy & Mather Berlin, on behalf of non-profit Gesicht Zeigen, an association encouraging people to stand up against racism in Germany, have published a competitive tome, titled, “Mein Kampf – gegen Rechts” (literally “My Struggle Against Racism”).

“The struggle against racism is never won, it seems. As this project reminds us, it is OUR struggle. And it does so with an inventive use of old and new media” Ogilvy & Mather Chairman Miles Young 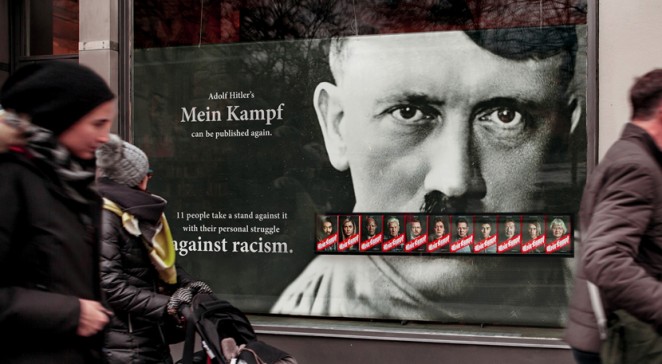 Tim Stuebane, Project Leader and ECD at Ogilvy Berlin, said: “Our aim was to reclaim the words ‘Mein Kampf’ from Hitler and to encourage everyone in Germany to stand up against increasing racism in daily life. All through the weapons of a communication agency: creativity, vigour and plenty of passion - resulting in the book publication, a strong PR-campaign, social media and attention grabbing posters, and readings at the Nazi documentation centre in Berlin.”

Ogilvy & Mather Worldwide CCO and Co-Chairman Tham Khai Meng, added: “At a time when the entire world begins to totter and ‘hate preachers’ are raising their voices, we consider it our duty to fight for a tolerant and open-minded society. This campaign is timely and is created in the current idiom by Tim Stuebane, Birgit van den Valentyn, Stephen Kimpel and their team.”

Within the book, 11 individuals who have had to deal with xenophobia and intolerance in their lives, such as concentration camp survivor Mosche Dagan, former refugee child and current MTV host Wana Limar and Irmela Mensah-Schramm, (the grandmother who removes Nazi graffiti) speak up and out against the evils of racism. With the first printing of 11,000 books nearly sold out in bookstores across Germany and on Amazon, where it is a top 15 best seller, Mein Kampf – Against Racism has already gained a lot of traction and attention with the public and the media alike. The book was also showcased at the prestigious Leipzig Book Fair as one of the most influential and controversial books, and has provoked much discussion in social media, on news shows and late night TV. For those of us that don't speak German, an English version is also in the works.

My struggle - Against right-wing extremism and racism

Benjamin Hiorns is a freelance writer and struggling musician from the dark heart of Kidderminster in the UK. His German only goes so far, but he can count to 20!