GTB, the WPP global agency for Ford, have created a bold, 360 campaign to launch the new Ford Edge across European markets. The campaign is spearheaded by an 8-minute short film, directed by Jake (son of Ridley) Scott of RSA Films and starring Mads Mikkelsen, the well-spoken, statuesque Danish actor perhaps best known for stepping into the formidable shoes of Hannibal Lecter for the critically acclaimed show of the same name, whose latest blockbuster movies, Star Wars: Rogue One and Marvel’s Dr Strange, are to be released later this year. The story centres around a couple who enter a witness protection scheme after their evidence sends a crime kingpin to jail. Mikkelsen’s character; an enigmatic stranger, known as “Le Fantôme,” is then sent to find the couple, before the striking nature of the new Ford Edge inadvertently reveals their true identity. The film was written by GTB’s creative heads Julian Watt and Bryn Attewell and shot in Croatia, using the same location as Game of Thrones. It is supported by TV, cinema, OOH and all digital and social platforms. The launch is to be backed by a monumental media investment of £40 million across Europe.

“It’s been an absolute pleasure to be part of such an exciting campaign. It's a beautiful car that deserves a beautiful film. I hope you enjoy it” Mads Mikkelsen 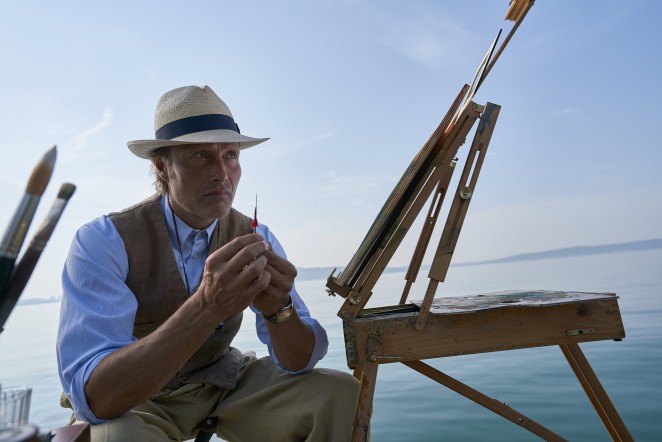 GTB Chief Creative Officer, Julian Watt, said: “Edge isn’t like the usual premium SUVs. It’s refreshingly distinctive, and we chose a campaign approach that reflected and dramatised that. Getting Mads Mikkelsen and Jake Scott to collaborate on this film was the perfect match for the quality appeal of Edge.” Roelant de Waard, VP of Marketing, Sales & Service at Ford of Europe, added: “To truly represent the new Ford Edge (our flagship SUV in Europe) Le Fantôme is a short film executed to the highest standards. Mads Mikkelsen and Jake Scott were natural choices to deliver a cinematic experience as refined and compelling as the vehicle itself.”

“This, for me, was always really a love story, between a human and a car. Bizarre perhaps, but unquestionably memorable. What a character & what a car!” Jake Scott