JWT team up with Instagram stars for Beringer Vineyards campaign 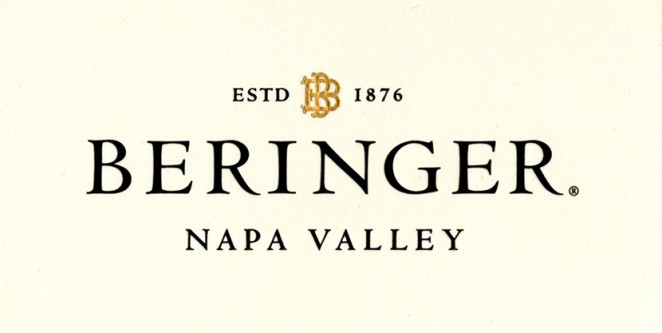 Beringer Vineyards, one of the most acclaimed producers in Napa Valley, California, has announced the launch of a new multichannel advertising campaign by JWT  for 2016 called “Better Beckons,” in partnership with Instagram sensations Murad and Nataly Osmann. Known for shooting breathtaking photographs of his wife leading him all over the world, Murad has captured the brand’s promise to “Bring the better” to consumers in a series of campaign visuals that evoke Beringer’s American heritage.

Beringer Vineyards was founded in 1876 by two brothers from Germany, Jacob and Frederick Beringer, who built their legacy on the pioneering belief that great wine could be made in Napa. Today, one of California’s most iconic wineries known for quality at a variety of price points, Beringer’s storied heritage is rooted in the spirit of American optimism. In the style of his “Follow Me To” series, named one of the “25 Best Travel Instagram Accounts” by Frommers, Osmann has shot six forward-looking images for Beringer that depict his wife Nataly, reaching back for his hand and leading him forward. With a bottle from awarded Beringer’s Private Reserve collection in her hand, she beckons the viewer towards beautiful places all over the U.S. including the Rhine House at Beringer Vineyards, the Golden Gate Bridge, a lighthouse on New York’s Fire Island, and the New York City skyline.

Seth Hynes, Vice President of Marketing at Treasury Wine Estates, said: “Wine is fundamentally an experience, and one that Beringer promises to make a better one with our unparalleled history and the quality of our wines. Through the Better Beckons campaign, we wanted to visually capture Beringer’s belief that a better tomorrow is always beckoning, and a spirit of American optimism that can and will lead us there. The imagery and perspective created by Murad and Nataly truly brings this ethos to life through a modern lens.” Osmann, who also served as creative director on the campaign, added: “Better Beckons is a natural extension of my photography style, as it invites viewers to experience authentic and unique moments. Photographing material from a first-person perspective is ideal to capture one’s own sense of curiosity and create an optimistic view that suggests there is more to be seen.”

In the style of his “Follow Me To” series, Osmann has shot six forward-looking images for Beringer that depict his wife reaching back for his hand and leading him forward

The campaign was created by JWT New York under the direction of ECD Ben James and Head of Art & Design, Aaron Padin. The multimedia campaign, which will launch in autumn 2015 running across owned and partner channels through June 2016, will run in consumer and trade print titles including Conde Nast Traveler, Food & Wine, the Wall Street Journal and others. Digital content will appear online in platforms including bon appétit, Robb Report, and Travel + Leisure, etc.  Additionally, out-of-home advertising is slated to run in New York, Los Angeles, and Dallas. 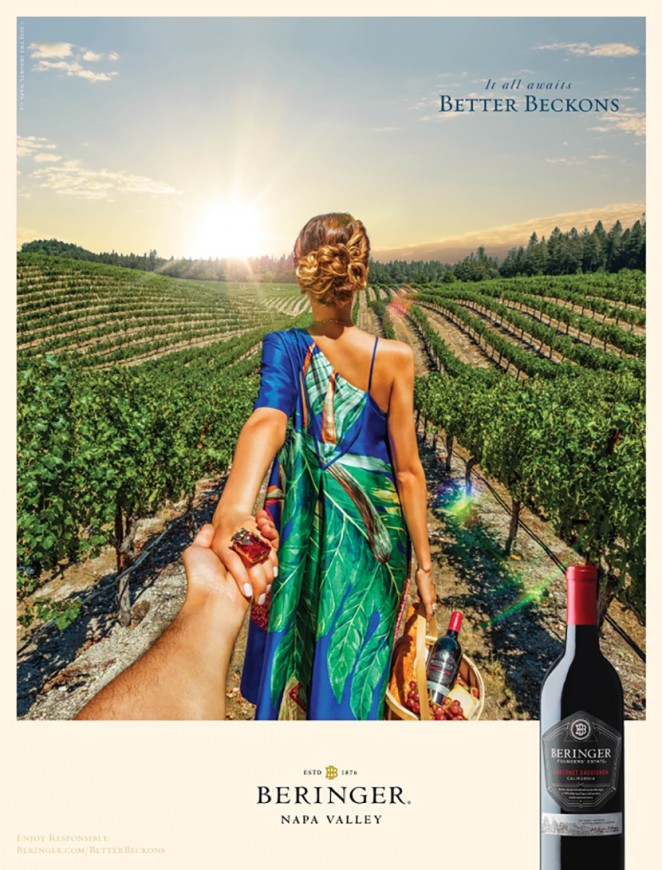