The North American National Park Service (as so lovingly portrayed on the sadly now defunct sitcom “Parks & Recreation") has teamed up with the National Park Foundation and Dark Knight Rises actor Joseph Gordon-Levitt's collaborative online production company hitRECord to support the "Find Your Park" movement. The idea is to encourage the diverse community of artists on the hitRECord website to submit personal and creative ideas celebrating parks, with 15 ideas ultimately to be brought to life through collaborative art projects. From last week, hitRECord has been inviting its community to share their original ideas illustrating all that a park can be and to build upon each other's ideas, creating unique and engaging artwork. In 2016, the site will develop fifteen of the ideas into larger creative projects, ranging from short films and music videos to comedy sets or animation. 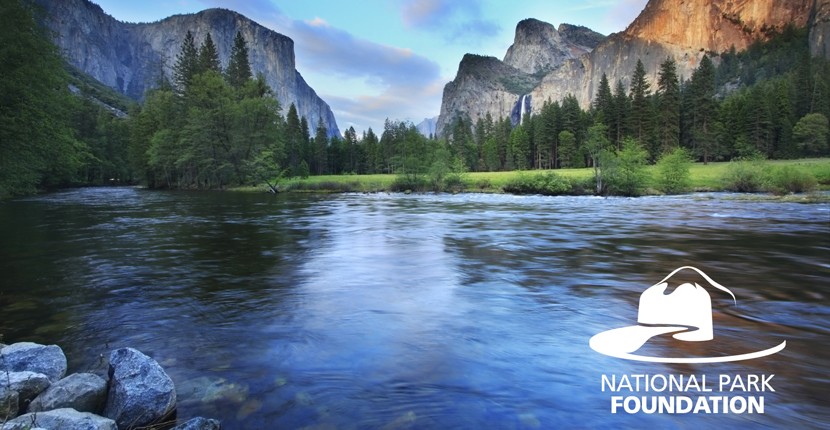 It's a wonderfully creative project from a wonderfully creative company, which creates and develops art and media collectively using their website. The idea is that anyone can upload their records, download and remix others' records, and work on projects together. When the results of these “RECords” are produced and make money, the site splits the profits 50/50 with everybody who contributed to the final production. So far the site has published books, put out records, gone on tour and has screened their works at major festivals including Sundance and TIFF. Most recently, the community of over 350,000 artists has been working on season 2 of the “Hit Record on TV,” a half hour variety program showcasing the best that the site's thriving community has to offer.

Members of the site can socialise their ideas and stories by using the #FindYourPark hashtag and submitting content on hitRECord.org. After the community collaborates on the top ideas, the final pieces will be distributed on various channels and showcased on FindYourPark.com. The Find Your Park campaign behind the project invites Americans to discover and connect with the country's 407 national parks as the National Park Service prepares to celebrate its 100th anniversary in 2016. The campaign includes a stream of programs, exhibits, events, promotions and public activities, and includes broadcast, print, digital, outdoor and radio creative, as well as public relations and social media activities. The integrated campaign is being spearheaded by Grey New York, and has already attracted the support of several high profile personalities, such as Bill Nye (scientist), Bella Thorne (TV and film actress), Roselyn Sanchez (TV and film actress) and Mary Lambert (singer/songwriter and LGBT advocate).

The integrated campaign is being spearheaded by Grey New York, and has already attracted the support of several high profile personalities such as Bill Nye and Bella Thorne

Gordon-Levitt, who is soon to star as Edward Snowden in a biographical political thriller from Oliver Stone, said: “I grew up going camping with my family in Yosemite National Park. It's a beautiful place, and if it weren't for the National Park Service it may not be what it is today. I'm honoured to be a part of this once-in-a-lifetime Find Your Park movement, connecting the hitRECord community with our parks.” National Park Service Director Jonathan B. Jarvis, adds: “This collaboration with hitRECord brings the long relationship between artists and national parks into our second century. More than just connecting a new generation of artists to parks, the final projects that result from this partnership will offer all Americans new and creative perspectives on America's greatest idea.” National Park Foundation Interim President Dan Wenk, also feels that the partnership with hitRECord will connect the parks service with “Some of the most creative minds who will then help inspire people everywhere through art to find their park.”