J. Walter Thompson Company acquires iStrategyLabs in the US

WPP has announced that J. Walter Thompson Company, its wholly owned global marketing communications agency, has agreed to acquire iStrategyLabs, otherwise known as “ISL,” a full service digital agency, in the US, in order to expand its real-time marketing content production. The agency is based in Washington, DC with an additional office in New York, and it employs around 80 people. Founded in 2007 by CEO Peter Corbett, ISL is a full-service digital agency specialising in combining the offline and online worlds to engage consumers. The agreement will see J. Walter Thompson look to build on its innovation focused strategy in the region and offer clients of both agencies a broader range of production capabilities, including a fully equipped 20,000 square ft office, multimedia studio and device prototyping workshop space. Under the new deal, ISL will continue to operate independently out of Washington DC, with Corbett leading both the DC office and a new office within J. Walter Thompson Company’s New York headquarters. Corbett will now report into Stefano Zunino, CEO for JWT in the Americas, whom he will work closely with alongside the New York team, which is led by Lynn Power, CEO at J. Walter Thompson New York.

Tamara Ingram, J. Walter Thompson’s Global CEO, said: “We have a fast growing business in North America, an amazing team and a great track record of award-winning work. With ISL, I believe that we will be able to deliver even more innovative solutions for our clients.” ISL's CEO, Peter Corbett, added: “Joining the J. Walter Thompson family will allow us to bring our cutting edge creative technology and content marketing capabilities to a global client base. I couldn’t be more excited to work side by side with Stefano, Tam and the team in New York over the coming years.” 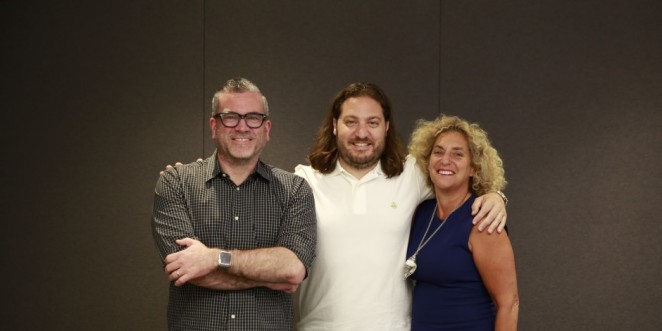 ISL’s net revenue was US$12.4 million as of December 31, 2015, and it's clients include Facebook, Medtech, Nickelodeon and the USA Network. The acquisition continues WPP’s strategy of investing in key sectors, such as digital, and important markets such as the US. The Group’s digital revenues were over US$7 billion in 2015, representing 37% of the Group's total revenues of US$19 billion. WPP has set a target of 40-45% of revenue to be derived from digital in the next five years. In the US, WPP companies (including associates and investments) collectively generate revenues of over US$7 billion and employ over 25,000 people. WPP has as invested in multiple digital content companies such as Woven Digital, Refinery29, Mitú, Inc. and Russel Simmons’ All Def Digital. Other investments include Truffle Pig, Fullscreen, Indigenous Media, Imagina (a content rights and media company based in Spain), MRC, Say Media, Bruin Sports Capital, Courtside Ventures, The Weinstein Company and VICE.

“With ISL, JWT will be able to deliver even more innovative solutions for our clients”