Inside the floating house on the River Thames

Some London commuters were taken by surprise yesterday morning when they spotted a fully functioning house floating down the River Thames. The Floating House stunt was arranged by TBWA\London for Airbnb, the website that allows anyone to rent out accommodation to adventurous holiday makers. Resembling something out of a Disney film (think Primrose Hill meets Pixar), the bright blue home, complete with garden (it even features real grass), the house is sailing down the iconic London river to celebrate changes in legislation that mean Londoners can now join the rest of the UK in earning a 15% pay rise by sharing their homes through sites such as Airbnb. The house began its journey by passing under Tower Bridge and past the Houses of Parliament and London Eye, and will continue on its main voyage throughout the week until this coming Saturday (22 May). 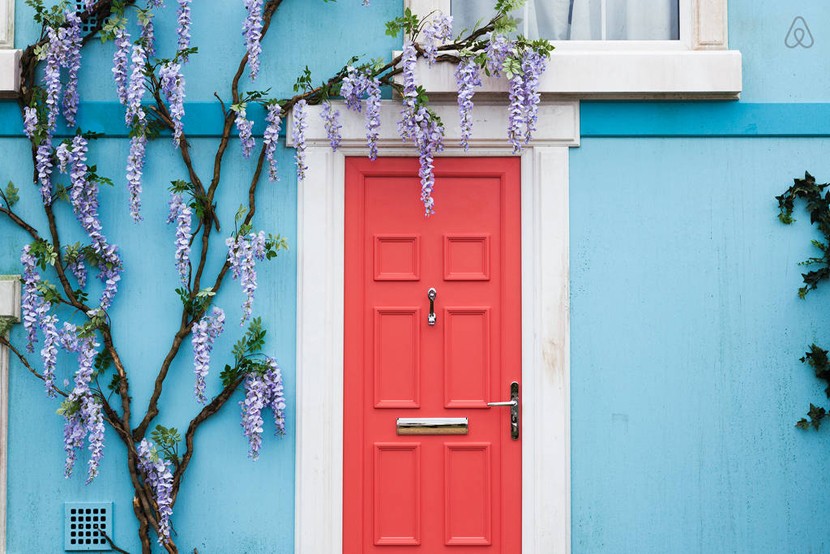 The delightful (and surprisingly spacious) home consists of two bedrooms, a living rooms, a bathroom (a working bathroom no less) and a garden with a doghouse and apple tree. Measuring 8 metres tall at weighing in at around 70 tonnes, the structure has been built by the Star Events production company, who spent four months on its construction. From now until Saturday, the house will cross local neighbourhoods like Chelsea, Westminster and Canary Wharf, holding community events and overnight stays throughout the week before opening its doors to one lucky competition winner and three guests, who will stay overnight this Friday (22 May). Hosted by a member of the Airbnb community, the guests will enjoy luxury spa treatments and a private dining experience with food personally prepared by Robert Ortiz, head chef of Peruvian and Michelin-starred restaurant Lima and Lima Floral. The view will also (naturally) be quite splendid.

The Floating House (which has been adorned with the Airbnb logo) will provide lucky guests with unparalleled views of the city, as it takes in London riverside landmarks on its journey down the Thames. The new rules on home sharing which recently came into force allow Londoners to share their homes with travellers for up to 90 days a year. This allows visitors to experience London as a Londoner, while helping locals make a little extra money from their homes to afford the costs of living, which (as we all know) are rather high indeed in our nation's capital! The hopes to further catalyse public awareness of Airbnb, which has experienced significant growth in the UK in the last year, recording an 86% increase in properties listed on the site in the last 12 months. Anyone wishing to put their name in the hat for a (literal) night on the Thames can enter HERE, with entries closing at midnight tomorrow (Wednesday 20 May). The house was designed by brothers Nick and Steve Tidball, who were inspired to create “A fairy tale structure in the middle of London that would allow people to see the city from a different angle.” 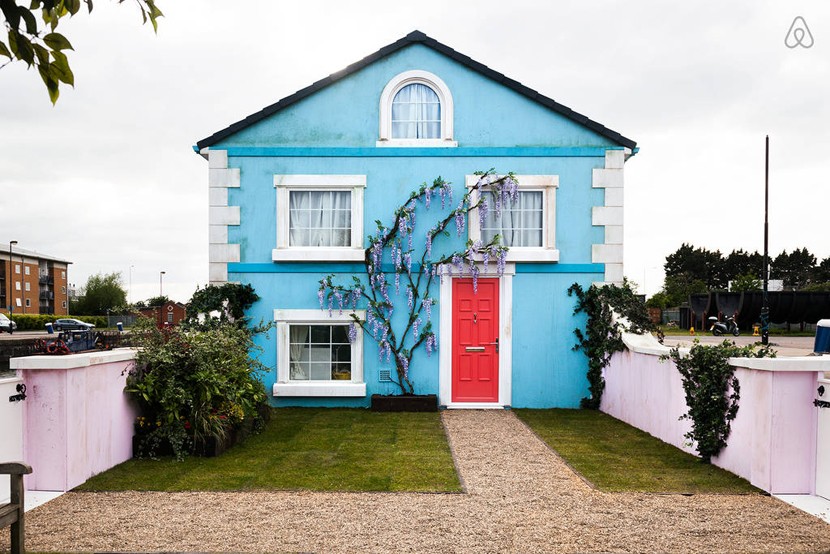 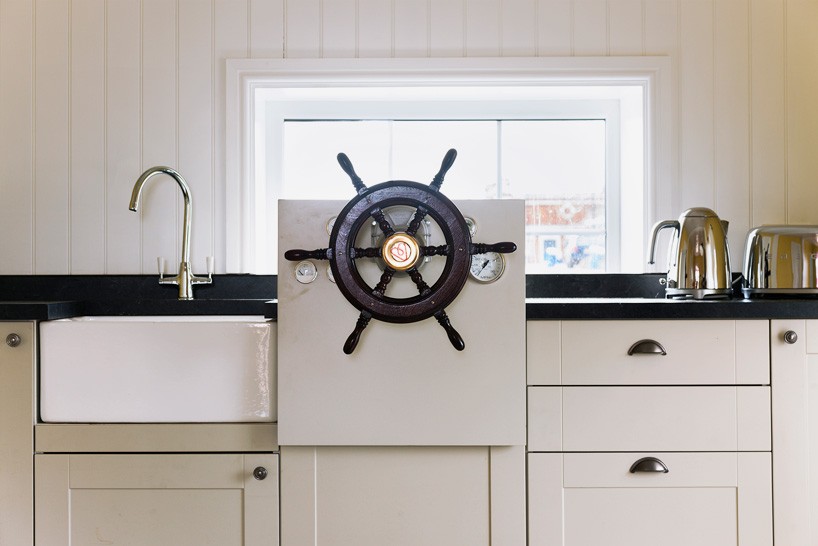 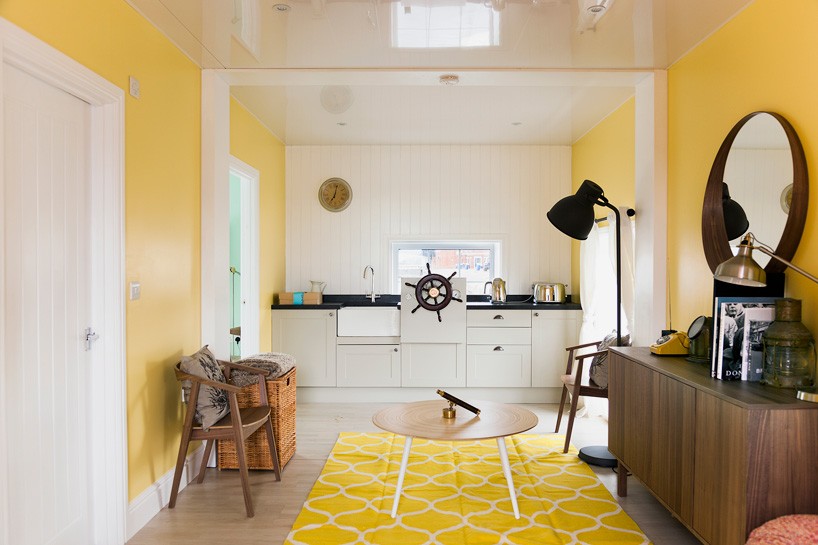 James McClure, general manager at Airbnb for the UK & Ireland, said: “The Floating House is the ultimate celebration of home sharing and an unforgettable travel experience to bring to the UK. London is already Airbnb’s third largest city globally and one of the World’s top tourist destinations. With these new, clear rules on home sharing we expect more and more Londoners to open their homes to visitors from across the globe.” Richard Stainer, CEO at TBWA\London, added: “Airbnb are an iconic, disruptive brand who want iconic, disruptive campaigns. The floating house is a perfect example of this. Creating it together has been a pleasure and we look forward to many more campaigns of similar ilk to come.” 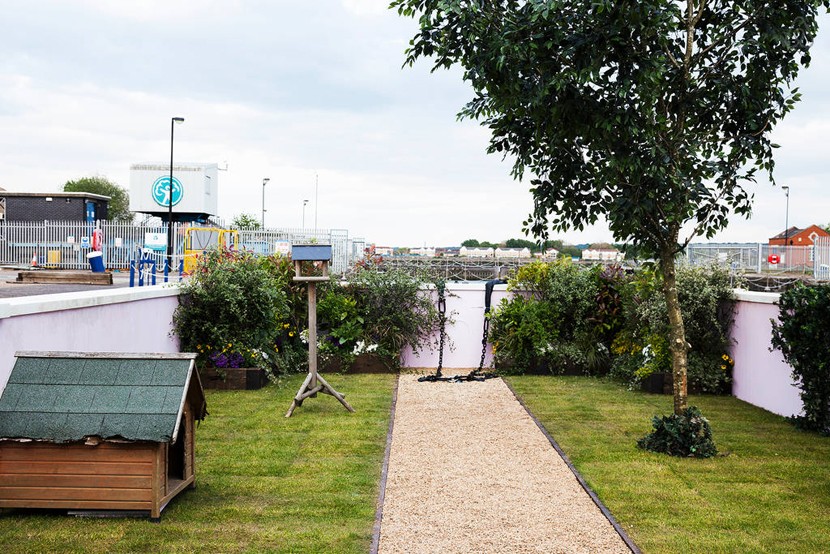 Kinda, can't help thinking that this is the kind of thing that might happen to someones house after listing it...