Whilst this might have been a controversial stance a few years ago, television has (in my opinion) long since overtaken cinema as the platform from which today's most exciting and forward-thinking creative minds are telling their visual stories. From the dramatic heft of tense dramas like Breaking Bad and Mr Robot to the sprawling epics such as Game of Thrones and Vikings, there are so many quality shows available for streaming right now that there should never be another forlorn friday night spent scanning channels preying for something, anything to watch. Running parallel with the rise in these great shows, however, has been the rise of binge-watching, and the thing about binge-watching, is that it can lead to some rather uncomfortable situations. 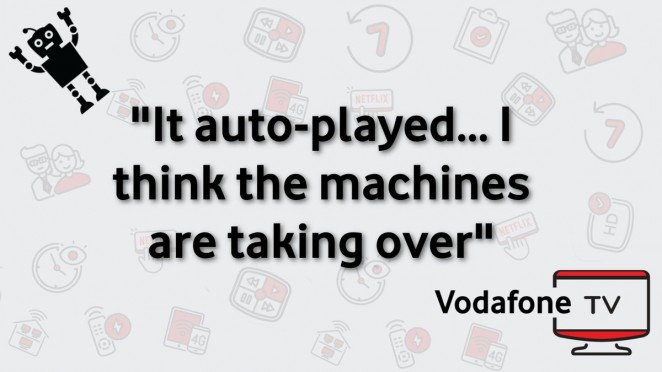 Chief amongst these is the dread of catching up on the latest show you've been adsorbing together with your other half whilst they are otherwise engaged. Effectively cheating on them. We’ve all been there: that sudden, blood-rushing panic as you hear the door go; the realisation that you’re moments away from getting caught red-handed by your partner watching ahead on that series you’d promised you’d watch together. Thanks to Grey London, however, these uncomfortable confrontations could be a thing of the past. The agency has developed an intelligent doormat or “SmartMat,” for Vodafone Ireland, which automatically changes the channel to something less incendiary when your other half arrives home.

The SmartMat (which at first glance looks like an innocuous, everyday doormat) is fitted with an accelerometer motion sensor, which sends a Bluetooth signal to your phone as soon as movement is detected. Once the phone realises someone is about to enter your home, it immediately sends an infrared signal to your TV, which in turn changes your TV to a pre-set, ‘safe’ channel; thus avoiding any unwelcome awkward encounters. A spokesman for Grey London, said: “You know the feeling. One minute you’re slumped on the sofa, midway through an episode of that thing you said you’d wait to watch together; next thing you know your other half’s walking through the door, screaming not again while you scramble for the remote in a vain attempt to cover up your sins. Thanks to the SmartMat, you’ll never get caught self-indulging where you shouldn’t again.” 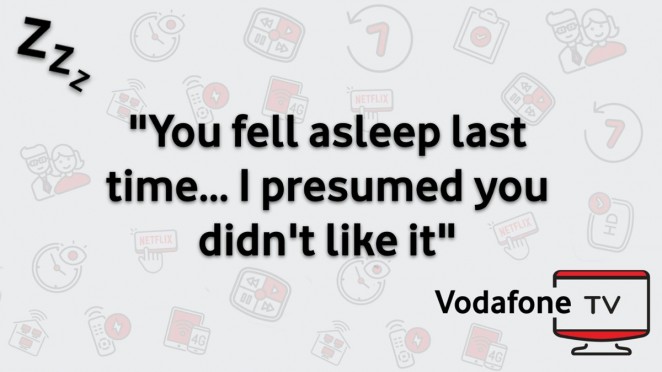 The mat, which is backed up by a social media campaign featuring classic “Excuses,” was created on the back of research that shows 62% of people 'cheat' on their significant others, watching ahead on series they're supposedly watching together. I'm not quite sure that allowing you to sneakily watch shows you both love will be its only purpose of course (wink wink), but I'm sure the idea never even crossed the minds of the teams involved. It might seem like a really elaborate fix for a very small problem, but I'm 90% sure it's actually an elaborate joke. If that SmartMat DOES actually, physically exist though. Well. Colour me impressed. That being said, Grey London is the creative agency behind similarly bold products such as LifePaint and Beard Baubles, both of which ended up being real things. Here's hoping!