Last friday night at the opening ceremony of the 2016 Olympic Games in Rio, ten elite athletes walked out in front of a global audience of over a billion sports fans and got a well deserved standing ovation! These were not just exceptional athletes, but exceptional athletes that has survived bombings, walked barefoot through entire countries and swum for hours, pushing a boatload of people to shore. We're referring, of course, to the Refugee Olympic Team. This year, for the first time in history, refugee athletes are participating in the Olympic Games, competing in Rio under the Olympic flag as part of a unified team fully funded by the International Olympic Committee (IOC). At a time when global forced displacement is at a record high, these ten athletes represent the hopes and dreams of a vast population in need of international protection.

To celebrate their achievements, an inspirational 90-second short film has been released by independent film production company Just So in cooperation with UNHCR, the UN Refugee Agency. As the trailer for a long form documentary, it aims to build respect and empathy for the global refugee population as well as this team of ten. Four months ago, when the IOC announced the formation of the team, Just So sought out refugee athletes around the world to make a long form documentary to change perceptions. Co-produced by Grey London, the documentary tells the story of 65 million people forced from their homes, distilled into the experience of a few. A human perspective on the biggest crisis of our generation, the film is about determination and dignity. Reaching out through social media, Just So built a deep bond with the Olympic hopefuls, capturing training, family life and the world they now inhabit, while also providing them with their own cameras to film their daily lives. 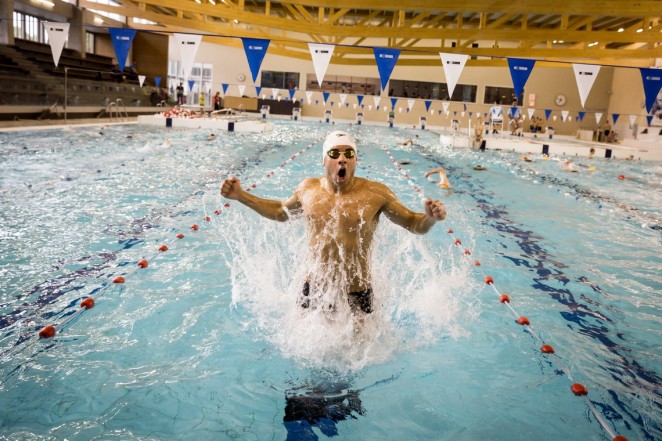 25-year-old swimmer Rami Anis, who fled Syria and found refuge in Belgium, is one of ten athletes on Team Refugee, he said of the film: “We represent all refugees and we want to show the world our potential. We will prove that we are very capable, and when we are provided adequate conditions, we can achieve great results.” He is joined by another Syrian swimmer, Yusra Mardini; South Sudanese runners Yiech Pur Biel (800m), James Nyang Chiengjiek (400m), Anjelina Nada Lohalith (1,500m), Rose Nathike Lokonyen (800m), and Paulo Amotun Lokoro (1,500m); Ethiopian marathon runner Yonas Kinde; and judo players Yolande Mabika and Popole Misenga, both from Democratic Republic of the Congo.

“To be a refugee is to have survived, to have endured, to have never given up”

Sarah Jenkins, Chief Marketing Officer at Grey London, said: “As a creative agency, we work with brands to raise awareness and change perceptions. In partnership with Just So, our “client” is the global refugee population. And our goal is to change the way the world sees them. By co-producing this film and using our combined strategic and creative skills to help it land in culture, we hope to make a positive contribution to the refugee crisis.”

Richard Ascott, Managing Director at Just So, added: “The word refugee provokes feelings of negativity, fear or at best, sympathy. We want to inspire admiration instead of pity. Because to be a refugee is to have survived, to have endured, to have never given up. We don’t know how the story will unfold, but we do know that there are endless examples of people of ability and ambition who because of horrendous circumstances beyond their control have been expelled from their homes. Our hope is that global media and audiences will support their cause. We have a duty to tell their story.” 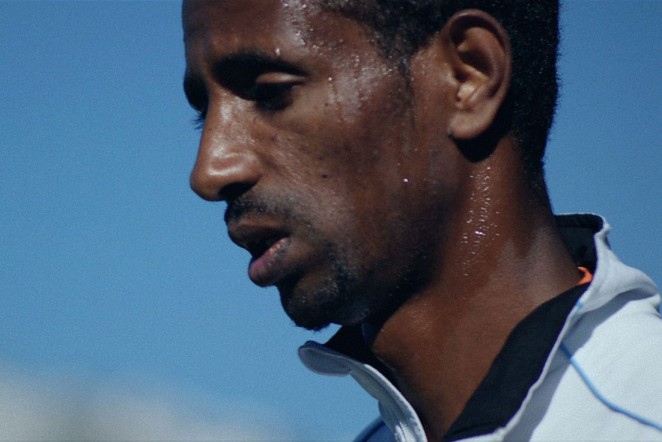 According to the UNHCR, an unprecedented 65.3 million people around the world have been forced to flee their homes to escape persecution, conflict, generalised violence or human rights violations. Among them are nearly 21.3 million refugees, over half of whom are under the age of 18. There are also an estimated 10 million stateless people who have been denied a nationality and access to basic rights such as education, healthcare, employment and freedom of movement. UNHCR is urging viewers inspired by the film to sign its #WithRefugees petition. Launched on June 1 with the help of UNHCR Goodwill Ambassador Cate Blanchett and a host of other UNHCR supporters, including Ben Stiller, Mika, Helen Mirren and Benedict Cumberbatch, the petition has already gained more than 475,000 signatures. It calls on governments to ensure that every refugee child gets an education, that all refugee families have somewhere safe to live and that all refugees can work or learn new skills to make a positive contribution to their communities.