Worldwide more than 200 million women are affected by the cruel “tradition” of FGM (female genital mutilation), with over 48,000 of them living in Germany. Nevertheless, the problem is simply not visible to most people. TERRE DES FEMMES wishes to change this with the new campaign “Open your eyes,” that was created by Grey Düsseldorf for the Worldwide Day of Genital Autonomy on May 7th. 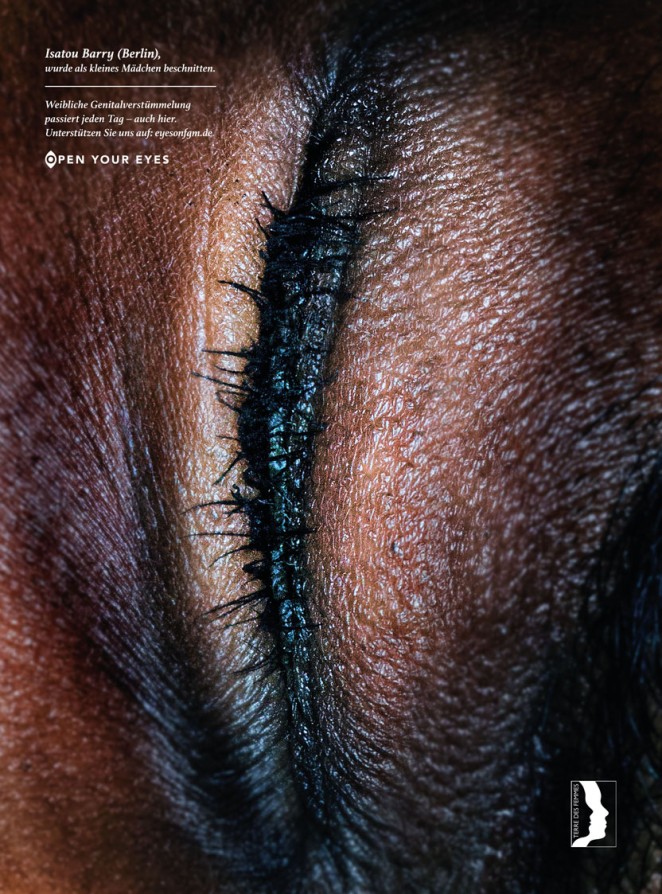 The main idea is represented by a visually strong motive. The vertical image of the closed eye of a women affected by FGM aims to remind viewers of circumcised female genitals, at least on first glance. Matching the campaign motto, however, the eye opens. It's a shocking and beautiful way to make a very serious and necessary point.

“We are happy to be able to draw attention to such an important subject with such an image-intensive and attention-grabbing action” Dr. Idah Nabateregga

The campaign is being spread by activists from the TERRE DES FEMMES network, bloggers and social media influencers, as well as via a dedicated microsite. It is intended to help TERRE DES FEMMES enlighten the public and open their eyes to the problem. To read more on the campaign, and to donate, you can find the campaign micro site at eyesonfgm.de. 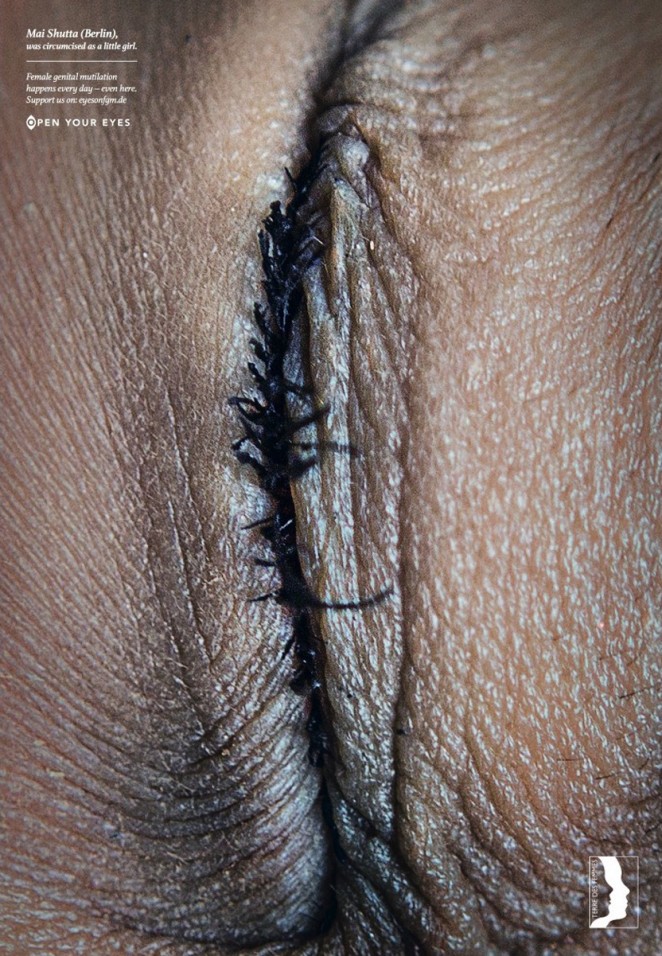 Brilliant. Using strong visuals to bravely bring this controversial topic out into the open.