Last weekend, public service provider Dublin Bus celebrated the people who made Pride in Dublin possible - the older LGBTQ+ generations - with a new activation called The Long Road to Pride.

Working with creative agency ROTHCO, the bus company brought the young and old from the LGBTQ+ community together to encourage a more inclusive Pride.

Pride is known as one of the most inclusive events of the year. However, Dublin Bus and ROTHCO noticed that one demographic was notably absent from the celebrations: the older LGBTQ+ generations. In 2018, fewer than 1% of Pride attendees in Ireland were aged over 65.

Despite their crucial role in carving out LGBTQ+ rights in Ireland today, they are often forgotten about and disconnected from their community. With the decline of gay bars, there are very few intergenerational spaces left for them to socialise with the rest of the community. 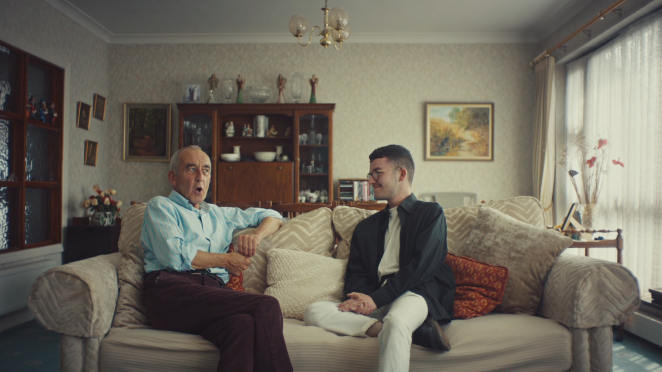 They are also some of the most vulnerable members of society: older LGBTQ+ people are 50% more likely to be living alone compared to heterosexual people their age (be it that they’re single, never had children or are estranged from family), and are five times more likely to have mental health issues. So, although they’ve never needed the LGBTQ+ community more, they can’t find a way in, even at Pride.

This year, Dublin Bus and ROTHCO wanted to encourage LGBTQ+ people over the age of 65 to join the Pride party, a celebration they helped lay the foundations to. They paired older LGBTQ+ people with younger members of the LGBTQ+ community to attend the event together.

Last year, Dublin Bus supported Pride with its Proud Dads campaign which saw fathers surprise their sons by taking them to the event.