In a deal presumably signed due to the unmistakable hew of host Chris Evans' mop, Crabbie's Alcoholic Ginger Beer has been announced by Channel 4 as the official sponsor for the freshly revived TFI Friday, the anarchic talk show that arguably defined late 90's British weekend television. The seven figure partnership, including off-air activation, will run for the duration of the ten episode series which launches at 8 pm next Friday (October 16). Creative agency Ponderosa is responsible for the 15-second sponsorship idents, which feature a charismatically charming, smoothly stylish and eccentric Crabbie’s character who will be bringing to life Crabbie’s new marketing campaign, “Give it Some Ginger,” by turning seemingly inanimate objects, people and animals ginger. Content for the idents will be generated by the Crabbie’s fan base who have been asked to submit their own suggestions to be “Gingered.” It's all very daft, but then so is the show and its live-wire host, so it should all work well together and form a convincing partnership. 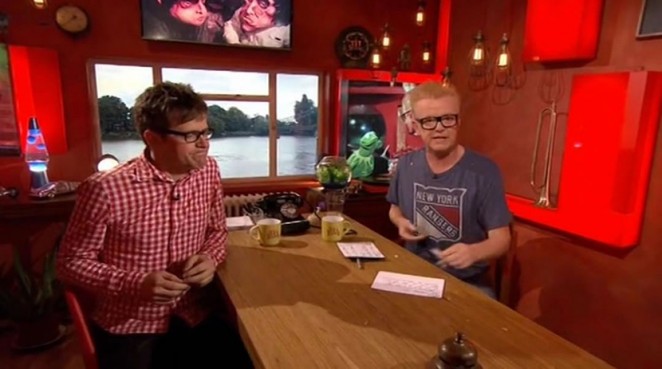 The new partnership was negotiated by Jane Hector-Jones, Channel 4’s group partnerships manager, and Charlotte Dearsley, head of TV strategy and broadcast investment at Mediacom Manchester, who said: “TFI Friday is already shaping up to be one of the most hotly anticipated shows of the year, putting Crabbie’s in the perfect position to capitalise on all the buzz and brilliance of the return of one of the most iconic British chat shows of all time. With a full licensing package including in store, on trade and competitions, Crabbie’s on screen association with TFI Friday will form the centrepiece of what will be an extremely hard-working and wide-reaching deal.”

Creative agency Ponderosa is responsible for the 15-second sponsorship idents

Claire Kelly, marketing controller for Crabbie’s, said of the partnership: “The sponsorship of TFI Friday is an excellent opportunity for Crabbie's Alcoholic Ginger Beer and is a perfect fit. To be involved with such an iconic show that engages with the great British public and is so closely aligned with the Crabbie’s brand personality, is something we are all very excited about.” Channel 4 partnership controller Rupinder Downie, added: “Our partnership with Crabbie's Alcoholic Ginger Beer demonstrates perfect brand alignment with an inimitable Channel 4 brand on Friday nights, when 4 continues to deliver unrivalled young audiences. The hugely popular show returns at a key period in the year for the client and their campaign's entertaining creative combined with innovative off screen activation make for an exciting new partnership.” 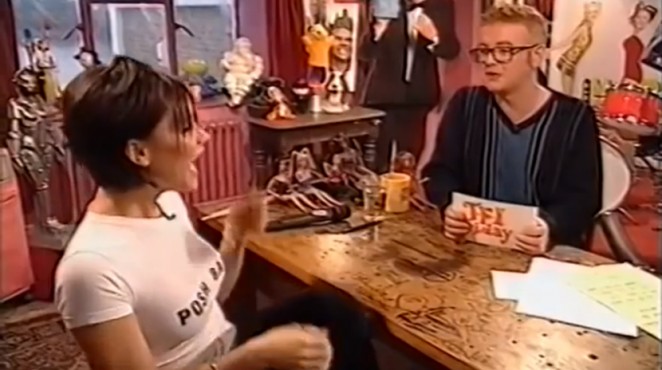 A screenshot from classic TFI Friday

The deal should prove lucrative for Crabbie’s, given the success of the revived show in June this year, when a 90 minute special episode attracted a peak audience of 4.2 million viewers, comfortably beating all terrestrial competitors. The show also attracted the highest share of viewers aged 16-34 with an impressive 30% share of the young demographic, which is genuinely surprising considering most in that age range would be too young to remember the original broadcast. In fact, with more than 90,000 tweets at an average of 519 tweets-per-minute, TFI Friday was the most talked about programme that week. The new agreement is set to become one of the cornerstones of Crabbie’s marketing campaign for the drink and Halewood is developing a major support programme to underpin the sponsorship. The deal is the latest in a series of high-profile marketing campaigns for the Crabbie’s brand and sponsorship programmes, which so far include The Crabbie’s Grand National, Hibernian FC, Scottish Golf Open, The National Television Awards and the British Comedy Awards.