In celebration of the 25th anniversary of the first EOS Rebel SLR camera, Canon, a leading provider of consumer, business-to-business, and industrial digital imaging solutions, has partnered with Grammy Award winning record producer Swizz Beatz to give a voice to undiscovered artists. 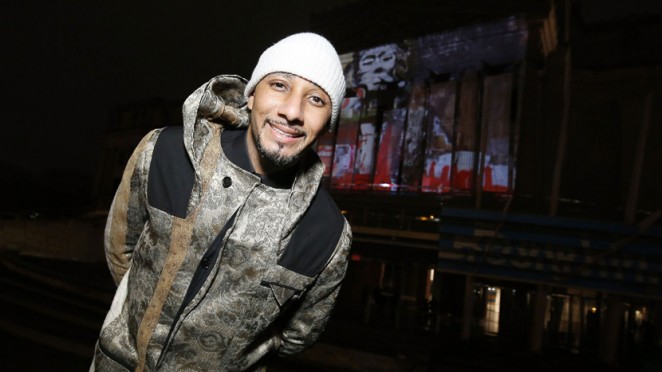 In keeping with Canon’s new “Rebel with a Cause” initiative, which profiles modern day rebels who challenge convention in their own unique way while capturing causes near and dear to their hearts (through the eye of a Canon Rebel DSLR camera of course), the producer, born Kasseem Dean, chose to showcase artistic talent that may have otherwise fallen under the radar of the notoriously introverted art community through the #TheUnknowns hashtag. With a focus on breaking down the art world's self-imposed boundaries, Swizz and Canon curated the work of unknown artists and brought their work to the masses, projecting them on the facades of the Brooklyn Museum and Bronx Museum of the Arts.

For his “Rebel With A Cause” moment, Swizz Beatz aimed to help give artists an advantage in their own artistic endeavours. Fresh off of his No Commission Art Fair at Art Basel, he worked with Canon to curate an art show for the world to see on the facades of museums in New York City. Select works were then featured in a gallery event at Sotheby’s Auction House, where Swizz announced an online auction to increase awareness of #TheUnknowns project and give fans from around the globe the opportunity to participate and help raise funds for the artists by bidding on and buying the art. The online auction will remain open until the end of March, and can be viewed at the bespoke The Unknown Auction website.

Rebel With a Cause – Swizz Beatz

The man himself, who has worked with a diverse range of artists and some of the biggest names in the world including Madonna, Beyoncé, Lil Wayne, Britney Spears, and Metallica, said of the campaign: “My mission is to bring to light creative minds that have dedicated themselves to pushing the boundaries of culture and expression. It can be a struggle for any artist to break through the walls of esteemed institutions. I feel honoured that Canon has provided an opportunity for #TheUnknowns to break through those walls in a very unique way.” 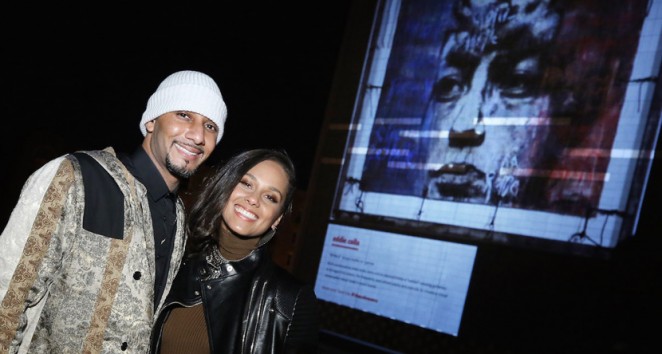 Yuichi Ishizuka, President and COO of Canon USA, added: “Canon has always made it a priority to make what was once thought to be impossible possible, and it’s one of the reasons we created the EOS Rebel cameras. Watching Swizz bring his cause to life to the streets of New York City epitomises what the Rebel With a Cause campaign stands for. Swizz’s passion for the art world and compassion for others is truly inspiring.”

The campaign, shot entirely on Canon EOS Rebel T6i DSLR cameras, was created by Grey New York, with production from the agency's in-house company; Vision at Grey. Design and VFX on the campaign was by Lilka Hara. It's the second part of a series that started late last year in a film featuring American daredevil Nik Wallenda (the first and only person to walk a tightrope across Niagara Falls and the Grand Canyon) encouraging an unexpected group of people to check items off of their personal bucket lists.

After visiting a retirement home in Sarasota, Florida, the man who’s conquered every feat he’s ever dreamed of, inspired one senior citizen to go into the sky, and one to go to the racetrack. Both videos are pretty inspiring, and act as artistic and relevant platforms from which to show off the features of the professional quality EOS Rebel camera.

Rebel With a Cause – Nik Wallenda