Gogglebox is a show that sounds like torture on paper, but against all odds, a non-scripted show starring members of the general public watching and casting a critical eye over the week's televisual highlights, has proven a critical and commercial darling for Channel 4. I'll admit to some trepidation on my own part, but (as with almost everyone else in my circle of friends) was won over by the concept and the characters, many of whom have gone on to become minor celebrities in their own right (I once ran into the infamous silent boyfriend from the show at a gig and he was genuinely being mobbed by gushing fans). Indeed, it appears the Goggleboxers are so popular, they've been given starring roles in a unique ad campaign for The National Lottery, which represents the first time a TV show in the UK has been produced specifically for use in commercial airtime.

The cast of Gogglebox star in a campaign for The National Lottery, which marks the first time a TV show in the UK has been produced specifically for use in commercial airtime 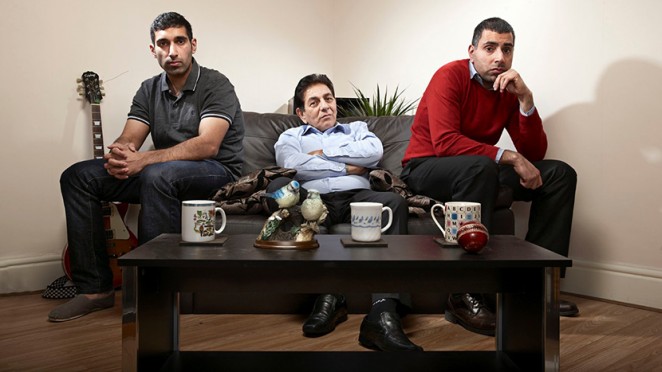 The exclusive campaign in partnership with National Lottery operator Camelot, debuted last Friday (October 16) night during the weekly broadcast of the show, effectively recreating the show during the ad break, with the cast commenting on the latest National Lottery spot starring Noel Edmonds by AMV BBDO. The bespoke two minute ad featured popular Goggleboxers Stephen and Chris, the Siddiqui family, Giles and Mary, and Jenny and Lee, who not only discussed the ad, but what they would do if they were lucky enough to win the jackpot. As in the TV series, Caroline Ahern provides the opening voiceover.

Angus Mitchell, agency principal at Channel 4, said: “This fantastic campaign is testament to the collaboration between 4 Sales, Camelot, Studio Lambert, The StoryLab and Vizeum. Camelot wanted to drive conversation about playing The National Lottery and their latest Please Not Them ad starring Noel Edmonds so who better than our Gogglebox families to reflect the nation’s thoughts on the ad and discuss what they'd do if they won.” Laura Nice, group head at Vizeum, added: “The National Lottery continues to resonate with the British public because anyone can win every week. Likewise, Gogglebox has made stars of ordinary people across the country. This makes the two a natural fit and we’re certain that bringing them together in such a unique way will encourage everyone to dream big.”

The ad is the result of a collaboration between Gogglebox producers Studio Lambert, 4 Sales, Camelot’s media agency Vizeum and The StoryLab 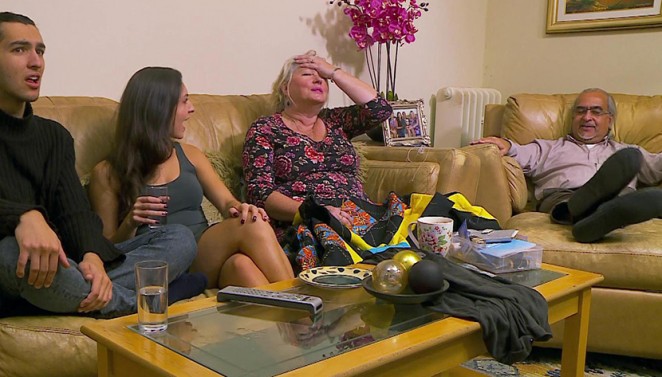 Short form edits will be published across social media and All 4, the channel's streaming media service. 20 second teasers aired on Channel 4 last week. The ad is the result of a collaboration between Gogglebox producers Studio Lambert, 4 Sales, Camelot’s media agency Vizeum and The StoryLab. Gogglebox is Channel 4’s biggest show this year attracting an average of 4.9 million viewers per episode and consistently beating all other channels in drawing the highest share of 16-34 year old viewers from 9pm on Fridays. This makes it an obvious draw for brands and agencies looking to get their content in front of a diverse and far-reaching audience. The content in question in this case also has the rare distinction of being effectively created by the same team responsible for the show it's interrupting. The show has also already proved fruitful ground for advertisers. In March the Electoral Commission saw younger cast members encouraging viewers to register to vote in the General Election, and in October last year John Lewis incorporated the reality show into its Christmas campaign by Adam & Eve/DDB.

The ad being discussed, by AMV BBDO

Benjamin Hiorns is a freelance writer and struggling musician from Kidderminster in the UK who thinks his dad would be a wonderful (if overly profane) edition to the Gogglebox cast!