AMV BBDO take the playground to the streets

A clever new outdoor campaign from AMV BBDO for the V&A Museum of Childhood reimagines the Tower Hamlets borough in London's east end as one gigantic playground. Running throughout this week, the campaign promotes the museum which houses a vast collection of childhood objects by harnessing V&A's (Victoria & Albert's) three chief concerns; design creative and local community. The Museum of Childhood is part of the V&A family of museums and committed to inspiring creativity in all. Rhian Harris, Director at V&A Museum of Childhood, said that “AMV BBDO has created a series of fresh and imaginative illustrations capturing a child’s view of the world, turning seemingly everyday spaces and objects into imaginative creations.” 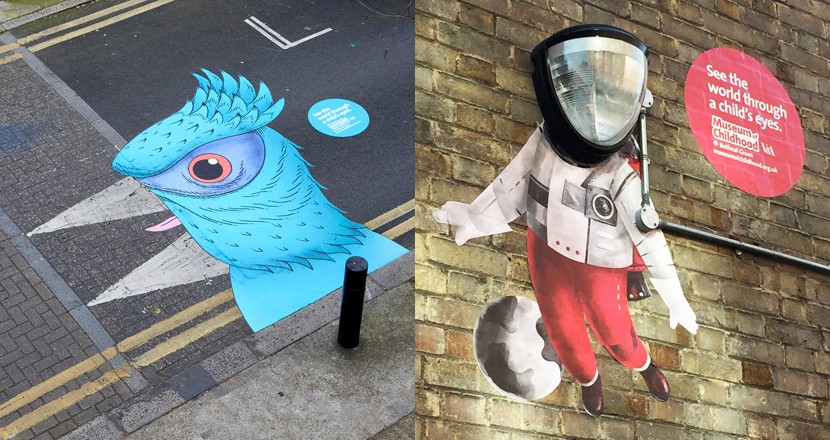 The campaign is simply titled “See the world through a child's eyes,” and saw AMV scouring the borough to find interesting objects and spaces and using them as canvasses on which to channel their child-like imaginations and reinterpret the areas as something innocent and beautiful. For example, a drain could become a fire engine, a fountain could become the blow-hole of an enormous whale, and a lamppost could become a monkey bar. Artists and illustrators featured in the collection include Martha Orzel, Greg Abbot, Kate Sutton, Rob Flowers, Paul Pateman, Serge Seidlitz, Mick Marston, Andrew Rae, Sergio Mora Thiago de Moraes, Andy Clough and Dalatando Almeida.

There are 20 images scattered throughout the borough, all of which lead members of the public to the museum itself 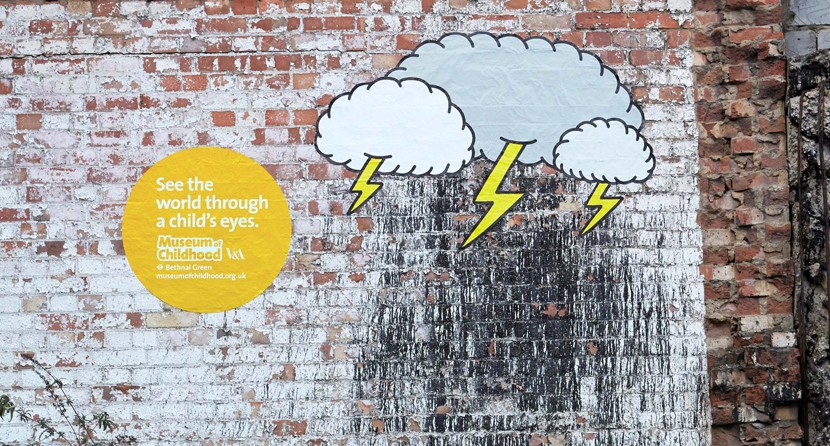 There are 20 images scattered throughout the borough, all of which lead members of the public to the museum itself. Each poster site is based on a specific Tower Hamlets location, with vinyl overlays applied to the spaces and mapped onto a bespoke Museum of Childhood microsite created by MediaMonks. The idea is not just to promote the museum and its ideals, but also to give people a reason to re-examine the world around them as they would have done as children. Whilst the campaign will only run throughout the week, it will be followed by a traditional poster campaign using photographs of the spaces. 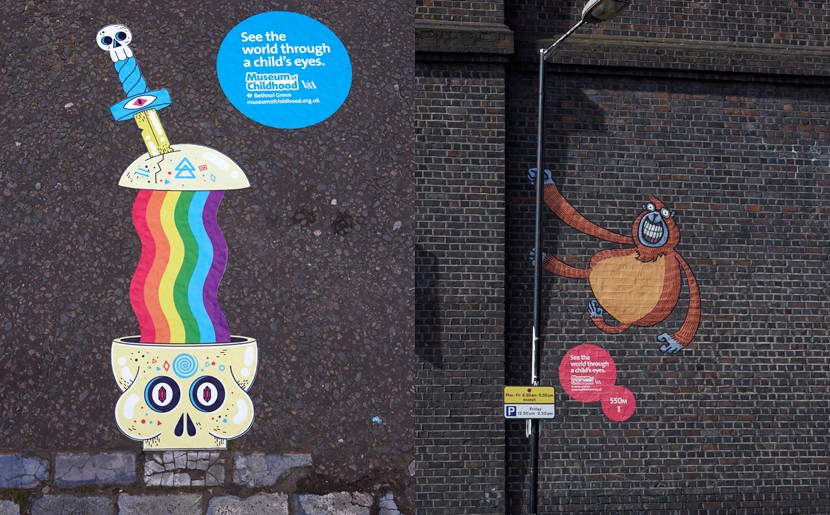 The campaign is not the first inventive work AMV BBDO have created for the museum. Back in 2013 they ran the “Mind of a Child – Eye of an Artist” campaign with the Central Illustration Agency, which took the ideas of children and had professional artists bring them to life. These artists included pop art pioneer Sir Peter Blake and the finished pieces ranged from the frankly bizarre to the strangely beautiful.