AMV BBDO named the Best Agency in the World by Bestads

As you can probably imagine, news from adland is scarce indeed at this time of year, so instead of looking forward, we're looking back just one more time here on the glory year that was 2015. Bestadsontv, the website that showcases the best in global advertising from around the world, recently unveiled its statistics from the last 12 months, which utilise a bespoke point system to track what they deem to be the best performing agencies in the world by individual ads, with every TV ad that makes it into the Week's Best scoring two points for all those involved in the ad, and every Print, Outdoor, Radio and Interactive piece scoring one point.

When measured by country, the USA, UK, Australia, Brazil and France were the top five performing nations in the 2015 rankings

By agency, meanwhile, our friends at AMV BBDO scored a whopping 26 points, marking them as the top agency in the world, followed by adam&eveDDB, with a respectable 23. BBH London and Grey London, meanwhile were tied for 8th place with 12 points, whilst Wieden+Kennedy London tied for 12th with 11. So whilst the US might have been the best performing country in total, it would appear that's only due to the sheer amount of North American agencies. Basically, what we're trying to say here is that our pals in the UK totally nailed it this year, and we couldn't be happier!

Top 15 advertising agencies in the world in 2015 according to Bestadsontv: 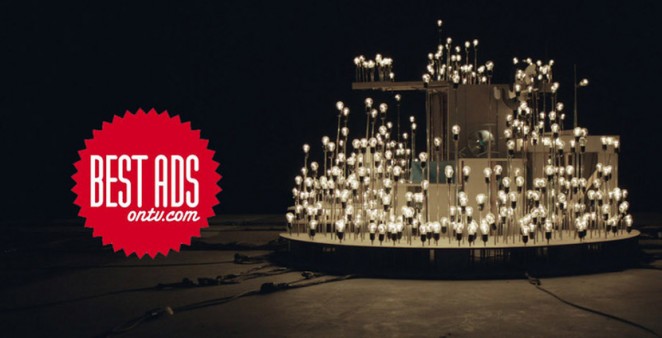 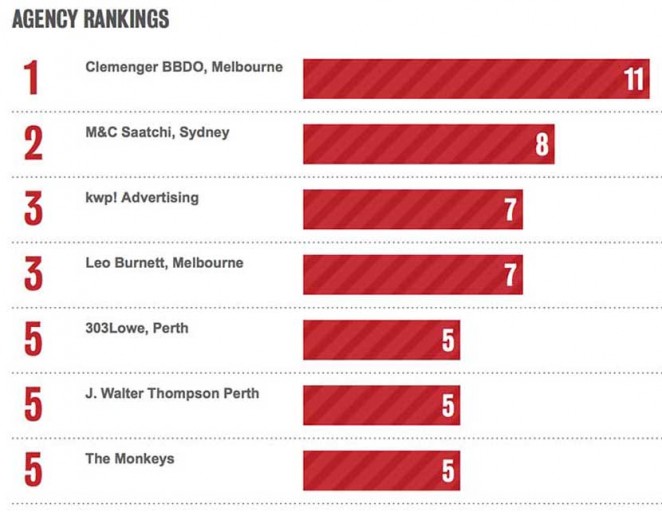 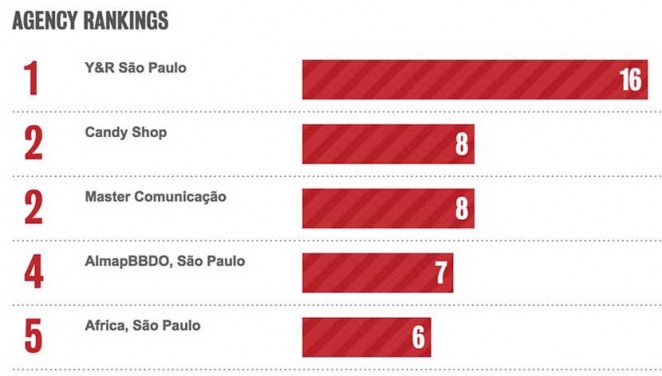 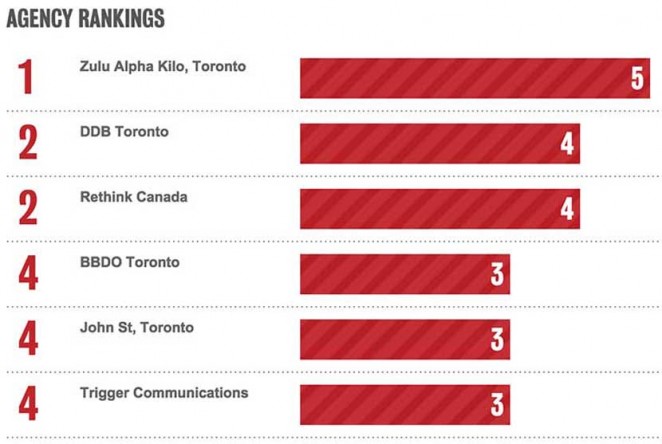 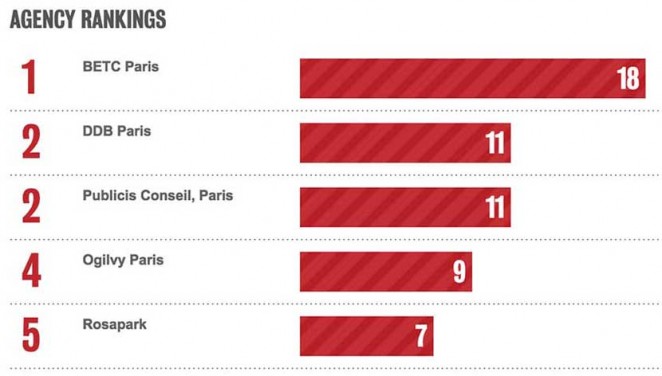 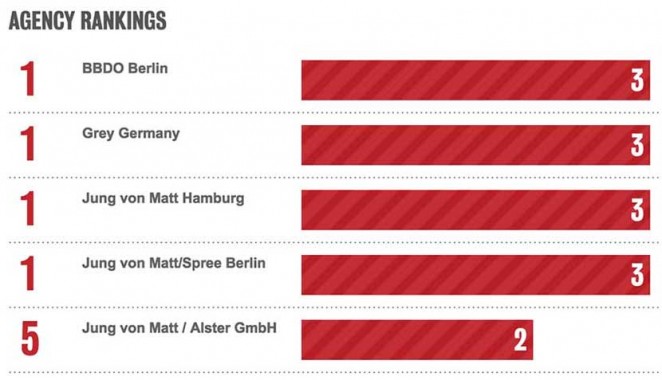 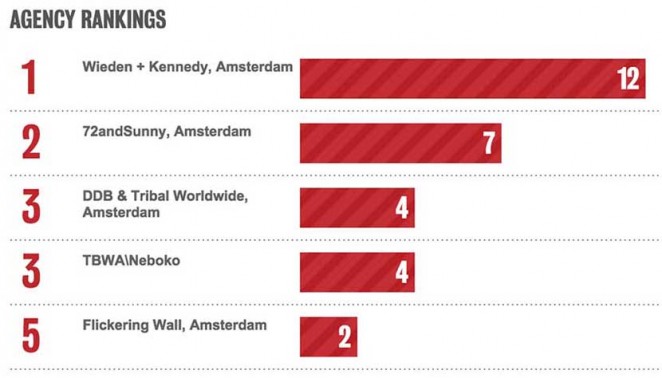 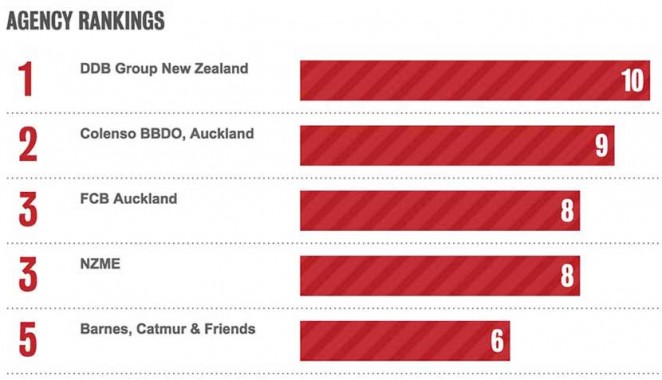 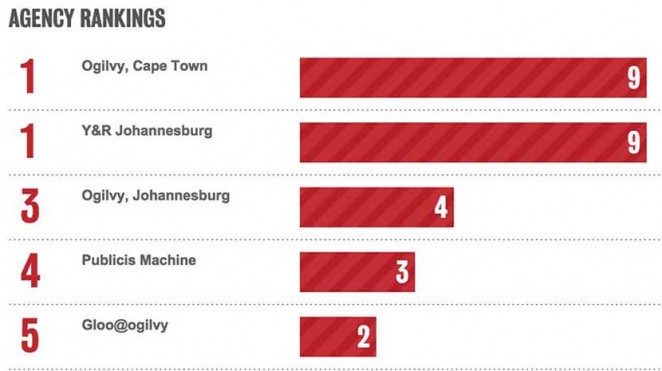 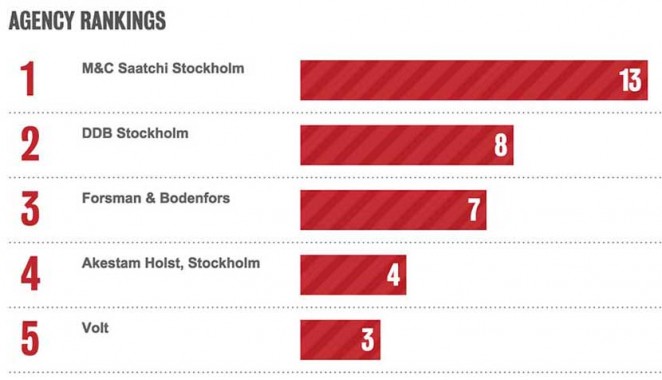 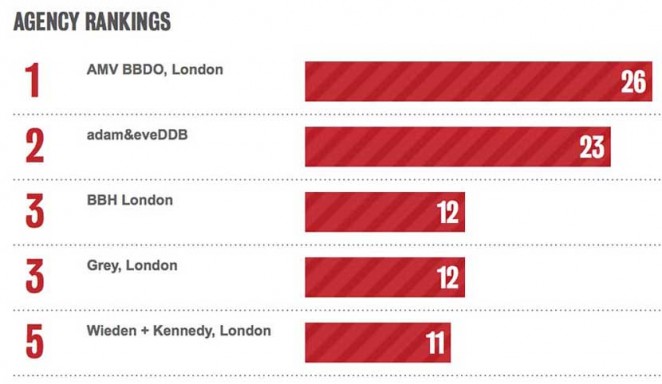 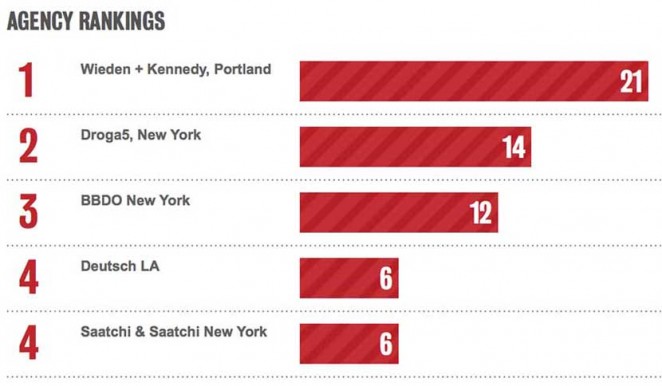