Agency of the Week: VCCP

Maria Sharapova settles into an internship at VCCP London

In what might just about be the most surprising piece of agency news of the year, Maria Sharapova has reportedly spent the last week as an intern at VCCP London. The former world number one Wimbledon champion is using her time profitably while she awaits the delayed hearing of her appeal against a two-year ban for Meldonium use. The 29-year-old Sharapova was due to have her case heard by the Court of Arbitration for Sport in Switzerland by July 18 at the latest. VCCP, which has offices in Berlin, London, Madrid, Prague, San Francisco and Sydney, and boasts an enviable client list including O2, easyJet and comparethemarket.com, took on the tennis star after it was announced that the process was being put back, thus ruling her out of having any chance of competing at the Olympics. 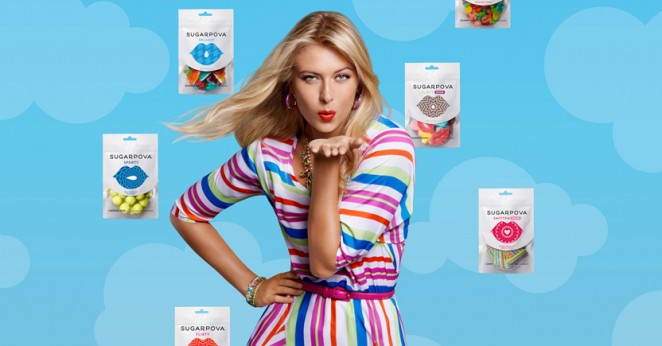 Sharapova first came over to London during the middle weekend of Wimbledon, having attended a course at Harvard Business School. She continued that at an offshoot of HBS at Marylebone during the second week of The Championships. Sharapova is apparently seeking to increase her business skills to help promote her “Sugarpova” brand of luxury candy, to which she has recently added a range of chocolates. Well, we all have to pay the bills somehow. Just how long she will have on her hands to sharpen her business acumen remains unclear. At present she is serving a two-year suspension dating back to her positive test at the Australian Open on January 25. She had pledged to return to the WTA Tour, with most independent experts believing she may get a backdated reduction to between 12 to 18 months. VCCP have yet to comment publicly on the circumstances surrounding Sharapova's internship.

VCCP London get adorable for Nationwide

Editor Bruce Townend recently collaborated with Another Film Company director Steve Reeves to deliver this charming cut for the latest Nationwide commercial. Penned by VCCP London, this optimistic film entitled “Life’s Better When we share,” features a young girl who gives away her homemade cup cakes and as a result is given a gift by each of the recipients, learning that the more she gives, the more she gets back in return. The simple narrative and natural performance is stitched seamlessly together resulting in a heartwarming and feel good commercial.

VCCP Sydney is following up their “How did I get here?” campaign with a unique social experiment that examines the emotional impact fitness has on our lives. Over a 3-month period, the gym brand Fitness First is removing fitness from three very fit people and adding it to three people who have barely set foot in a gym. The campaign will explore the role exercise really does play in changing a life by encouraging people to look beyond the physical improvements that come with working out. At the heart of the campaign is a four part documentary web series in which we interview each of the participants throughout the experiment, documenting their highs and lows to see how fitness can transform the way you feel, not just the way you look.

Fitness First’s BioScore assessment will benchmark where they currently stand with their health, fitness and lifestyle, and reveal where there is room for improvement. We’ll also track their activity level, sleep patterns, resting heart rate and daily mood rating to evaluate how their lives begin to change. The first episode can be viewed at the bespoke How Fit Feels web portal, and the remaining will be launched over the course of the 3-month experiment. Supported by a heavy digital and social media presence, in-gym media and member comms the campaign is designed to defy the category by showing the world that there is more to fitness than the way you look. 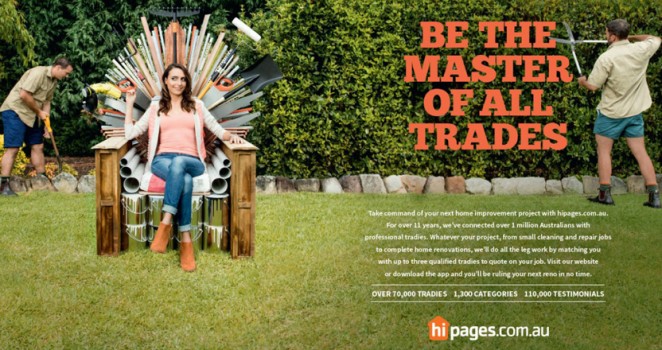 On the back of its recent Purplebricks Real Estate Agents win, VCCP Sydney has swiftly followed up its success by winning the competitive pitch for hipages, Australia's largest online marketplace to find and hire trusted tradesmen and women.   Known for its creative work on ING Direct, Compare The Market, Ancestry.com and Fitness First, VCCP Sydney will be responsible for all creative including social and digital. David Kennedy-Cosgrove, Managing Partner at VCCP Sydney, said: “As a challenger agency for challenger brands, we're ecstatic to be partnering with hipages to help change the way Australians do business. We bonded over a shared understanding of how digital service brands work to disrupt the market for the betterment of the consumer. Tech inevitably makes life simpler and more connected, and hipages is leading the charge to simplify the way Australians and tradies alike do business together.”

VCCP give Macaulay Culkin the Compare the Meerkat treatment

Just when you thought it genuinely had nowhere left to go after the inspired Arnold Schwarzenegger spots from last year, VCCP knock it out of the park once again with the campaign that refuses to die. This time the agency managed to rope in former child star and current comedy cover band frontman (search for “Pizza Underground” if you don't believe me) Macaulay Culkin, to star in a spot for Comparethemarket.com and their endlessly popular Meerkat campaign alongside meerkat favourites Aleksandr and Sergei. The spot promoted the brand's Meerkat Movies promotion, which has essentially replaced the old Orange Wednesdays promotion by offering customers the chance to claim two-for-one cinema tickets every tuesday or wednesday.

The new Meerkat Movies advert premiered on national TV last week, and sees the man formerly known as Kevin McCallister joining the cuddly pair on a road trip in a family RV across America. Following in the footsteps of Hollywood giants Nicole Kidman and the aforementioned Schwarzenegger, Aleksandr decides Macaulay Culkin would be the perfect fit to complete their family-friendly day out. As the meerkats are seen pulling up to greet Macaulay, they are surprised to find he is no longer the 8 year old child star they were expecting. “He’s a lot bigger in real life!” whispers an awkward Sergei to Aleksandr as they peer out of the RV to find road-trip-ready Macaulay eagerly awaiting their arrival.

VCCP's chief marketing officer, Stephanie Brimacombe, has made the annual 35 under 35 list in Management Today, the sister title of Campaign magazine. Brimacombe, 33, is praised for her multi-tasking skills as CMO both for VCCP and parent firm Chime and for surpassing her annual new business targets. On the media side, MediaCom Global Operations Director, Katie Grosvenor, also made the list. She is only one of three woman to hold the position at the agency and has brought in £713 millions in new business over five years. The annual list celebrates promising young women in business.