Agency of the Week: AMV BBDO

AMV BBDO has brought a unique and powerful story to life for Nicorette in a campaign that launched this week on the company's YouTube channel, website, digital and mobile channels in the UK. After years of “Problem-solution” advertising in the category, Johnson & Johnson’s Nicorette has bucked the trend and found success with its “Do something Incredible” platform, under which Nicorette help unhappy smokers to find the motivation, momentum, and means of finally quitting for good. The documentary content aims to inspire and remind those trying to quit that it’s a difficult but immensely rewarding achievement.

The film follows the story of Mark Cooper; a humble guy who managed to quit smoking, but who also managed to take on an incredible personal challenge. After he quit smoking he ventured into the world of marathon running not knowing here it would take him. With time, his renewed determination led him to complete 50 marathons in 56 days as he ran across Europe in memory of his mother. We hear in Mark’s words what his motivation was, how we achieved what he did, and how his life has changed since quitting for good. It's inspiring without being cheesy and sappy, which isn't easy when you're dealing with this kind of content.

Beautiful, seductive European models biting into ice cream on a red carpet outside an expensive hotel in the Riviera aren’t anywhere to be seen in Tip Top’s latest launch for Top Notch premium ice cream. Instead, the campaign takes a noticeably more edgy and realistic approach, which sets the brand apart from the Magnum's and the Solero's, which tend to sexualise ice cream in an often vaguely uncomfortable way. The launch campaign includes film and print that play to the hash tag #mytopnotchlife. It went live Sunday 4th October on TV, OnDemand, Billboards, Adshels, and social channels including Facebook and Instagram. 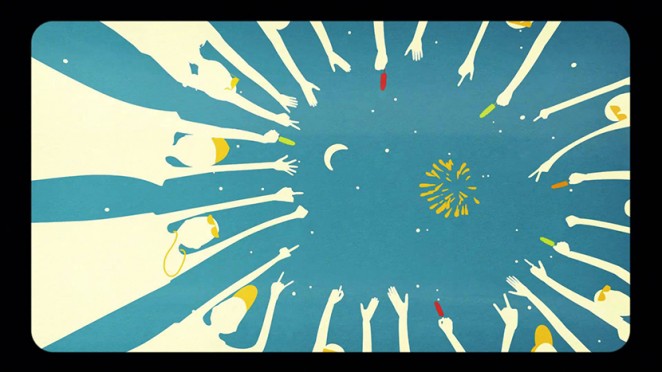 Steve Cochran, Colenso BBDO executive creative director said: “For someone living in a house full of flatmates, having the house and bathtub to yourself is a luxurious moment to be enjoyed. Even better if you’ve got the tub of Top Notch from the freezer to yourself as well. We liked the idea of reflecting these real and attainable moments rather than creating a brand that lives in world very few people actually get to enjoy.”

Engine oil manufacturer Mobil 1 has launched its latest regional campaign, “Car-Fu.” Created by BBDO Singapore, the digital campaign includes video, website assets and social activation. The brand's tongue-in-cheek homage to the kung-fu film genre. As the name suggests, the campaign sees surprisingly elaborate kung-fu moves re-enacted by cars. Using distinctive characteristics of the best-loved kung-fu movies of the 1970s, (for example, crash zooms, slow-motion, instantly-recognisable music), the film re-enacts a classic fight sequence between a brave hero and a villain and his posse. It's a glorious sight, which is leagues above the messy and contrived likes of the similar mechanical battles found in Michael Bay's Transformers movies.

Car-Fu was created not only to engage and excite the target audience with entertaining content, but to increase awareness and product consideration levels amongst everyday drivers in the Asia Pacific region. It aims to drive an understanding that Mobil 1 is not just for sports cars or F1 cars, but is the superior choice for road cars too. The campaign will also feature interviews with stunt drivers focusing on the benefits of enhanced engine performance, as well as sharable content featuring McLaren - Honda’s Formula 1 driver, Fernando Alonso. Seshadri Sampath, regional business head at BBDO Singapore, said: “We borrowed from the popular culture of Bruce Lee that we can all identify with – if you pour water into the cup, it becomes the cup. And if you pour Mobil 1 into the engine, it becomes the engine. We’re pleased that the execution was done in an entertaining and engaging way to relate to the ordinary driver.”

BBDO New York get back together with Pepsi

Seven years after a painful breakup, Pepsi and BBDO New York have rekindled their almost 50-year relationship. The agency and brand parted ways in 2008 when Pepsi moved its business to another Omnicom shop, TBWA\Chiat\Day. But now BBDO has created a new Pepsi ad starring Seattle Seahawks running back Marshawn Lynch. Regarding its relationship with BBDO New York, a Pepsi spokesperson said: “Pepsi is happy to be working with BBDO again, and though we continue to work with a range of creative agencies. Our other relationships remain unchanged.” 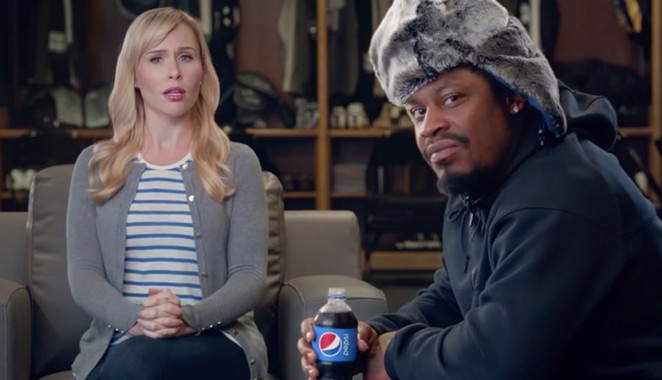 In 2013, Omnicom created a super-agency of sorts called Galaxy by combining the talents of TBWA, 180LA and BBDO to handle Pepsi work around the world. At the time, the client told various publications that it would move away from the creative-agency-of-record model in favour of turning to different shops for project-based work. While Pepsi isn't confirming anything at this time regarding future campaigns, sources suggest that BBDO New York will produce more work for the brand in coming months.

This weekend, General Electric debuted “The Message,” a science fictional podcast conceived by BBDO New York and co-produced by Panoply and GE Podcast Theatre. Over the course of eight weekly episodes, listeners will get an inside ear on how a top team of cryptologists decipher, decode and understand an alien message from the 1940’s. In the very first episode that aired earlier this week, we meet narrator Nicky Tomalin as she joins the team at Cypher, a top team of cryptologists that the government has pinpointed to lead the decryption of The Message. Just as the team agrees to take on the challenge, they learn that The Message may in fact be cursed.

General Electric's “The Message,” is a science fictional podcast conceived by BBDO New York and co-produced by Panoply and GE Podcast Theatre

The podcast series will run every Sunday from now through the end of November. Listeners will also be able to go beyond the story and explore extra content, such as Cypher’s website and Nicky Tomalin’s personal blog. GE has been an early adopter of many new social platforms and digital technologies. And with interest in podcasting on the rise, it makes sense that GE is exploring this platform as a way to bring its real science into fan fiction.