Yesterday, Lipton (one of the most popular tea brands in the world by a country mile) revealed the launch plans for its global “Be More Tea” campaign, a campaign created and produced by the London based 'adam&eveDDB'. The campaign aims to reposition the brand as a means of encouraging people to snap out of their dull, daily routines and embrace the world through a more enthusiastic and thoughtful lens. The campaign will launch with a 60-second TV spot, which will be aired during the 86th Academy Awards broadcast on Sunday the 2nd of March. The ad will feature Jim Henson's beloved Muppets, tying in with the endearingly charismatic puppets upcoming movie 'Muppets Most Wanted'.

The ad will be aired during the 86th Academy Awards

Whilst Lipton ads have been common in the U.S, this marks the first time the brand will be marketing their iconic brand worldwide under one single campaign. The addition of the globally beloved Muppets, is a move that is hoped will drive enthusiasm for the product overseas, where (in the UK particularly) previous campaigns have been comparably muted, based more on in-store, sampling focused models. 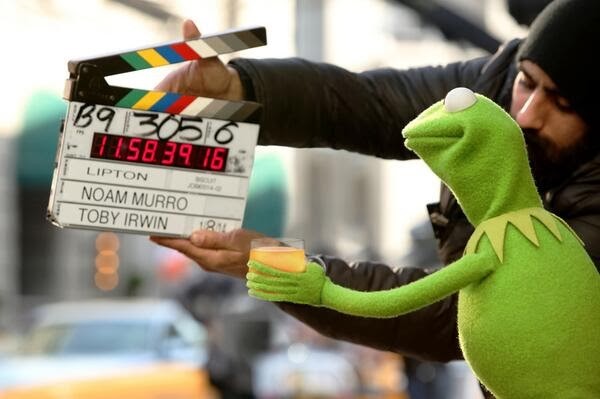 The ad itself was created by adam&eveDDB director Noam Murro, and features a nervous and unnerved Kermit the Frog awash in a sea of 'Animals' in New York City. After sipping at a hot Lipton tea, he exclaims “Why can't everyone be more tea?” and immediately adopts a more positive, 'zen' outlook on life as he makes his way through the chaotic streets. It's a charming clip soundtracked by Harry Nilsson's 'Everybody's Talking', which finishes with Kermit and his beloved Miss Piggy enjoying a cold bottle of iced tea. Murro said that his ad “Encourages people to break out of the autopilot of every day life,” and that it highlights the “fun, playfulness and irreverence of the Muppets.” As well as the main ad, special 'behind-the-scenes' clips have been shot, which viewers can check out via YouTube.

The revamp is reported to have cost Lipton owners 'Unilever' more than $40 million, which is double what it spent on advertising last year, however Unilever feel the campaign should turn Lipton into the “Global and iconic brand it deserves to be.” This is something of a surprising move considering just last December Unilever cut it's marketing department by 12%, with 840 jobs lost. 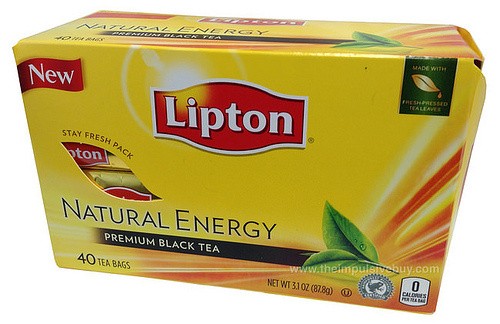 Unilever's vice president of refreshment Alfie Vivian, has said that he believes the campaign perfectly reflects the brands philosophy, a philosophy that is “Brought to life in the new national ad campaign starring the Muppets.” Vivian's claims that “We live in a busy world where it's easy to slip into a routine with our heads down,” and that Lipton is the brand that will “Inspire consumers to look up” is backed up by The Muppets very own Kermit the Frog. Mr The Frog waxed lyrical of his starring role in the campaign, underlining Mr Vivian's sentiments that “In a world filled with high-stress 'wild-in-the-street' types like Animal, you have to take time to enjoy life and 'Be More Tea'.”

To learn more about the Lipton brand, you can visit their official site or their YouTube and Facebook pages. Meanwhile, adam&eveDDB can be reached via their own official site and Twitter feed.

Benjamin Hiorns is a freelance copywriter, tea drinker and lifelong Muppets. He still feels like crying every time he hears 'Rainbow Connection'.