Would you drive a cardboard Lexus?

In the wake of VW-gate, car makers are now making even more of an effort to design vehicles that are as eco-friendly as possible. Something tells us that this cardboard Lexus might be a one-off though. The luxury car makers typically work with sheet metal, glass and plastics, but this time around they’ve decided to make a one-off life-sized model crafted in precision-cut cardboard. This “Origami car” is a replica of the latest IS Sedan, as has been inspired by the skilled men and women (known as “Takumi”) who work on production lines for Lexus. These workers have been known to hone their dexterity skills by learning how to fold paper into an origami model cat, using only their non-dominant hand. 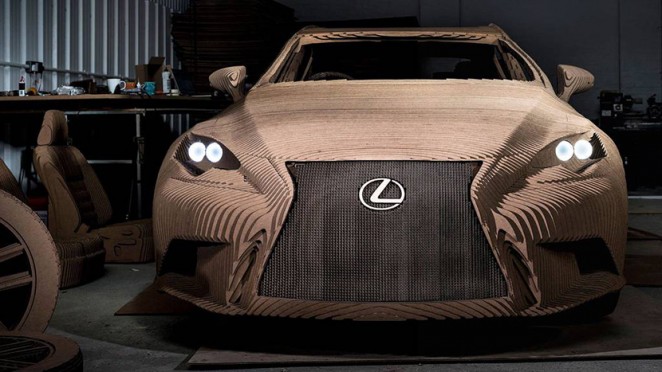 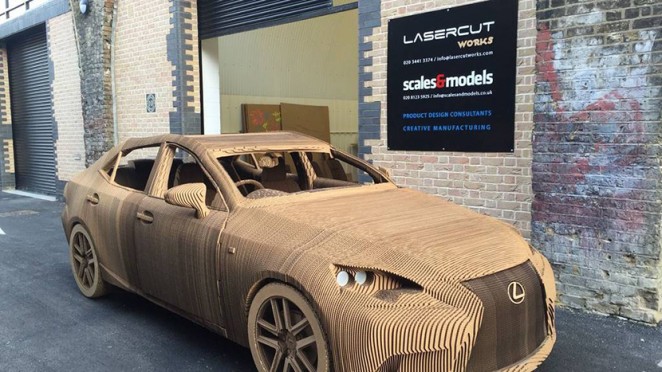 The project was an unprecedented undertaking for Lasercut Works, a UK-based specialist company with extensive experience in the design and creation of prototypes, architectural models and custom commissions. From the finest details of the interior to functioning doors, wheels and headlights, the car is certainly unique. Thanks to an electric motor mounted on its steel and aluminium frame, the car can even be driven! Though just because it can be driven, doesn’t necessarily mean that it should. Even a low-speed impact in a car packed full of safety features can be dangerous to those inside, so imagine your odds of surviving an accident inside a vehicle made from corrugated paper.

The team of 5, which took 3 months to finish the concept car, admits there were some false starts. Lexus Scales and Models Company founder and director Ruben Marcos, said: “The seats took a few attempts to get just right and the wheels required a lot of refining. Once we could see the physical pieces taking shape, we could identify where we needed to make improvements. As with anything, there were some elements of trial and error, but as we had all the resources we needed in-house, this made the changes easier to produce.” 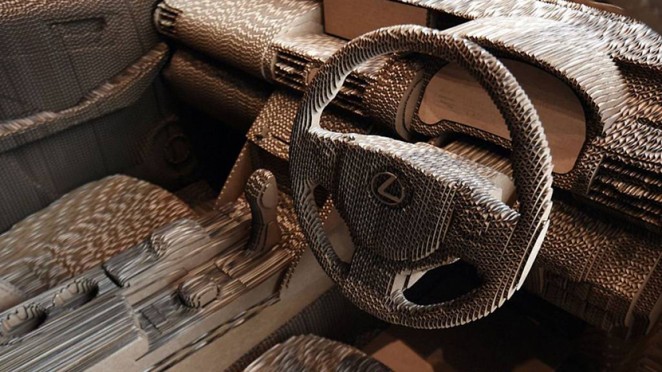 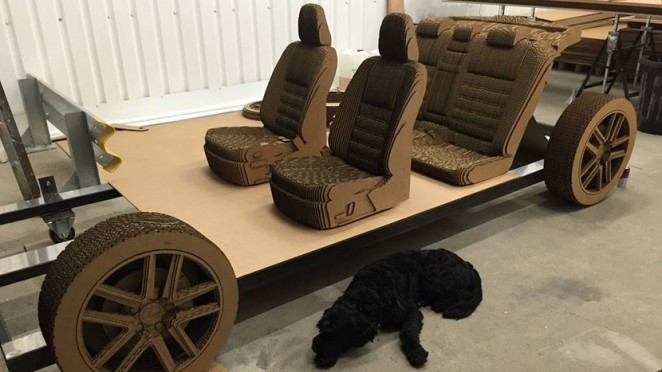 Lexus (who built a legitimate hoverboard earlier this year lest we forget) say the car was made “As a celebration of the human craftsmanship that goes into every car,” provided the team with a digital 3D model of the IS, which was then divided into a series of principal parts, such as the main body, dashboard, seats, and wheels. These were then digitally rendered in 10mm slices to provide the two-dimensional profiles needed for the laser cutting each of the 1,700 sheets of cardboard. Each layer was given its own reference number to help ensure it was assembled in the right sequence and the entire assembly was done by hand. A water based glue was used, which had to be left to set for ten minutes after each application. The car will be revealed to the public at the Grand Designs Live show in Birmingham this weekend (October 8 – 11), but understandably, Lexus (currently at least) has no intentions to actually sell it to the public, despite how affordable it would be to produce! 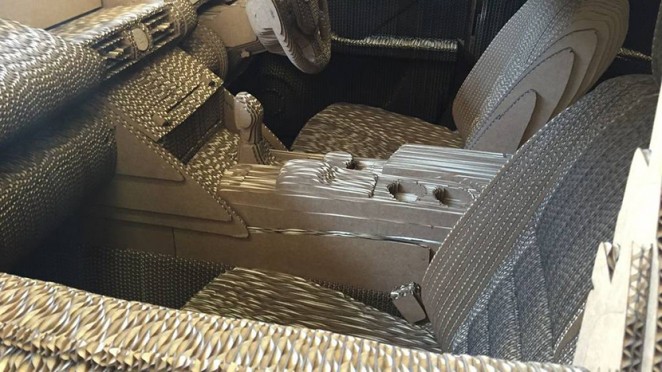 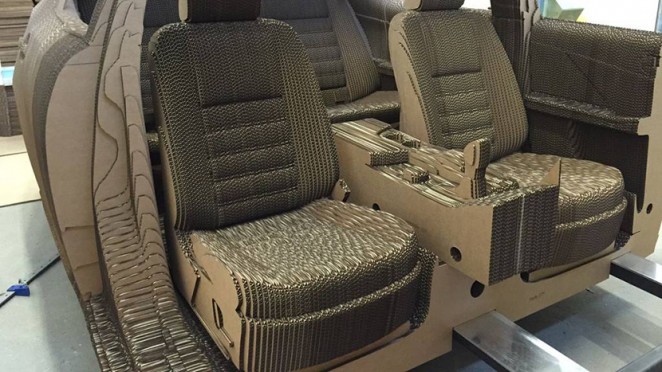