The Women’s Equality Party (WEP) has launched a series of ads asking why MPs facing unresolved allegations of harassment and abuse have been allowed to keep their jobs.

WEP’s poster, print and social media ads (below), created by Quiet Storm, reference the ‘Pestminster’ scandal which exposed widespread abuse and harassment in Westminster two years ago. However, not one MP has lost their job over it.

The ads say: “Are you an abuser but don’t like how you’re treated at work? You’ll love being an MP” and “Love groping but hate the negativity that surrounds it? Become an MP!”.

In the upcoming general election, WEP will be campaigning to make ending violence against women and girls a political priority. The party will stand five survivors against five MPs facing unresolved allegations to draw attention to the mainstream parties’ failure to tackle abuse within their own ranks.

Some of the ads make references to specific incidents of abuse perpetrated by MPs that were exposed in the scandal, such as: “Want to press your crotch against a junior colleague and get away with it? Become an MP!”

The campaign makes the point that if abuse is allowed to go unchecked in Westminster, where laws are made, then there is little hope of tackling the issue of violence against women nationally, with the line: “When abusive MPs keep their seats – how’s anything going to change?” Before finishing with: “WE are tackling abuse. WE are starting with Westminster”. 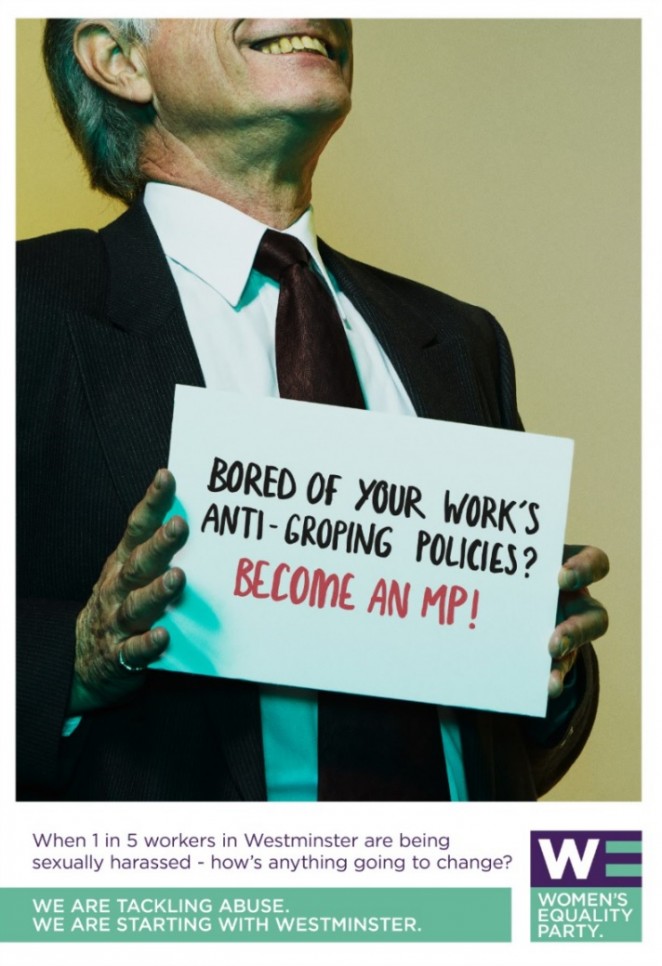 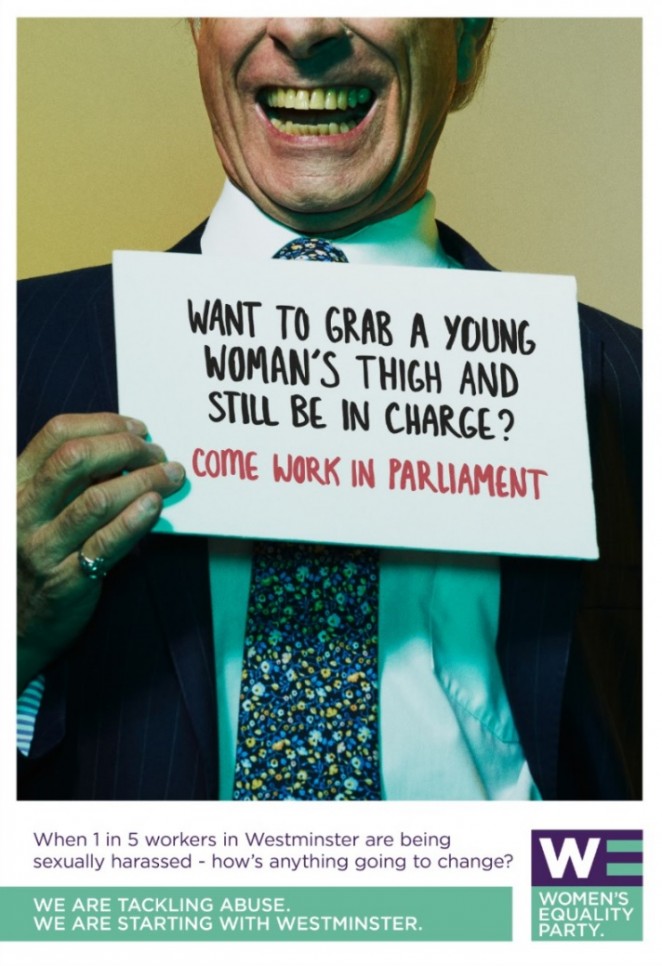 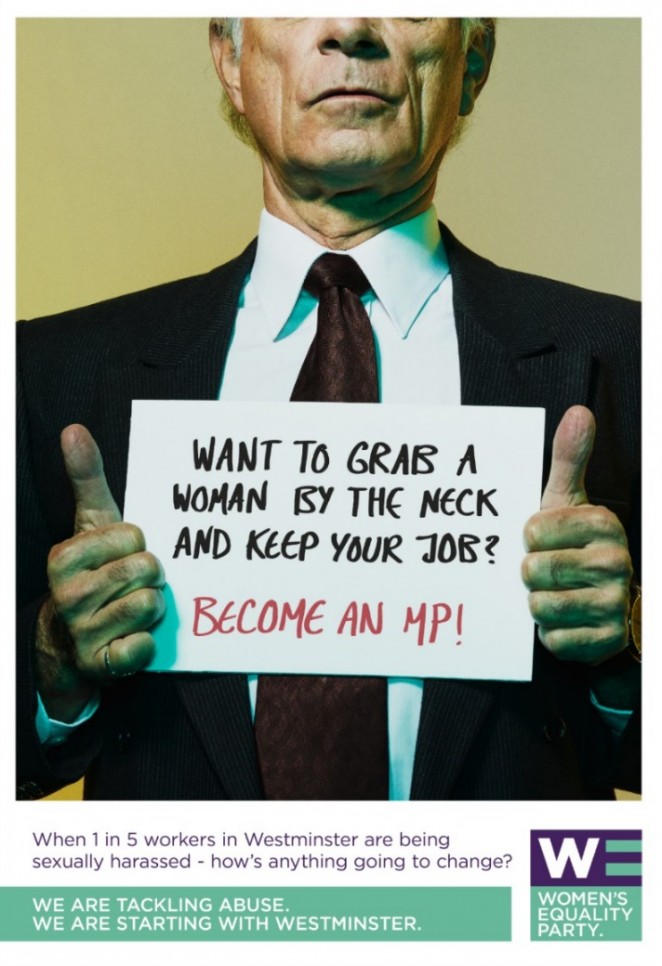 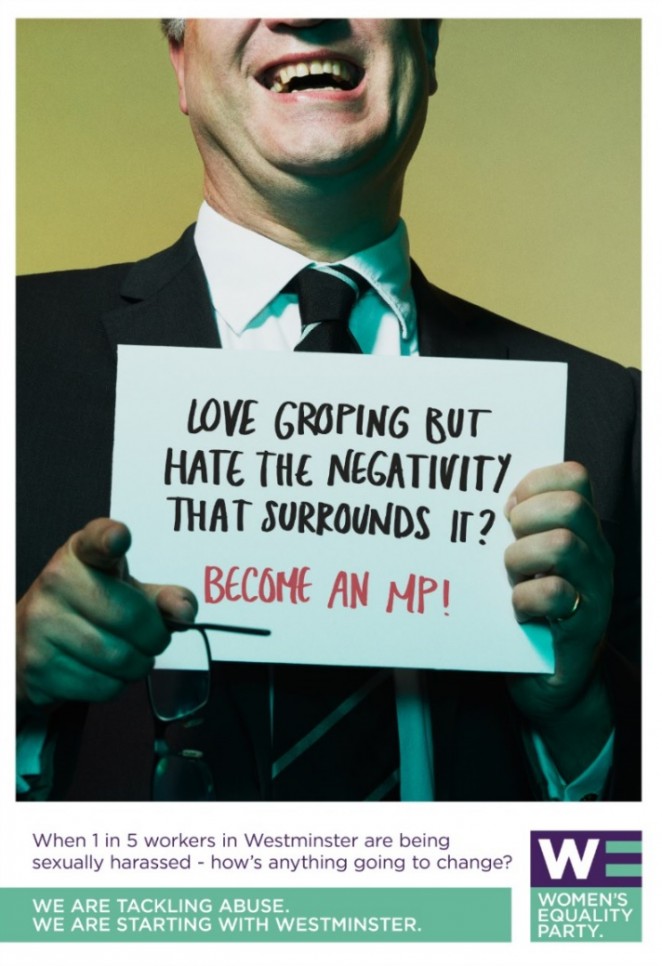