I have been a user of social media since Facebook launched back in 2004 and like many of you have seen the development and additions of existing and new channels. In recent years the giant that once was Twitter seems to be struggling and in my opinion, they have altered it far too much over the years. People instinctively love familiarity, and as Daniel Kahneman the American-Israeli psychologist would say it’s system one in the brain. 1+1=2, I can do this without engaging system two, it’s why Amazon has never had a radical redesign of its homepage, people can buy things almost with their eyes closed as it’s so familiar.

If you do one thing well, people tend to think your an expert at doing that one thing, whereas try and do too many things and people will probably think your a jack of all trades. Look at Google, for example, it’s brilliant at being a search engine, nothing more and its competitors all fell behind whilst trying to add widgets and latest news stories on their pages. Instagram started out like this with its simple photo, filter, hashtag process.

Instagram is still the app I use most these days. I like the fact I don’t have to follow people I don’t want too, it feels more private, I can have a separate account should I wish, which is very popular in the youth culture these days. A 'finstagram' account is a fake Instagram where you can get away from the pressures taking the perfect shot. I pretty much use my Instagram as a Tumblr account these days, taking pictures of my own when the time is right and the rest of the time filling it with quotes and memes I find across the web. Yet recently I have seen a sizeable surge in Instagram advertising.

Having worked in advertising for over ten years now I firmly believe direct sales is catastrophic to a brand when you hit the wrong target market. Simon Sinek says "People don't buy what you do, they buy why you do it". The best brands like Apple understand this and never sell a product by pushing it in your face with its features and offers. Instagrams sponsored adverts take up your entire screen, because of the layout of the app, and often are accidentally liked when scrolling through your feed. I have not yet seen an advert that relates to any of my interests.

“If you go into Five Guys the splendid burger chain, and you typically order a burger some fries and probably a drink. You order the fries and there are three sizes, small, medium and large and they come in a cup respectively a small, medium and large sized cup. And they will take a great big scoop of the fantastic fries or indeed cajun fries, and they will fill the cup, and then they will take another scoop and chuck a load of extra fries into the bottom of the brown paper bag. Now, we disproportionally appreciate the things that a business gives us which it doesn’t have to. Those things which are kind of ‘the extra mile’, or ‘the guilt on the gingerbread’, that a business does and the extra fries are the fries we really appreciate. That’s why we actually, psychologically just go oh woo, and go slightly gooey in the presence of Five Guys. 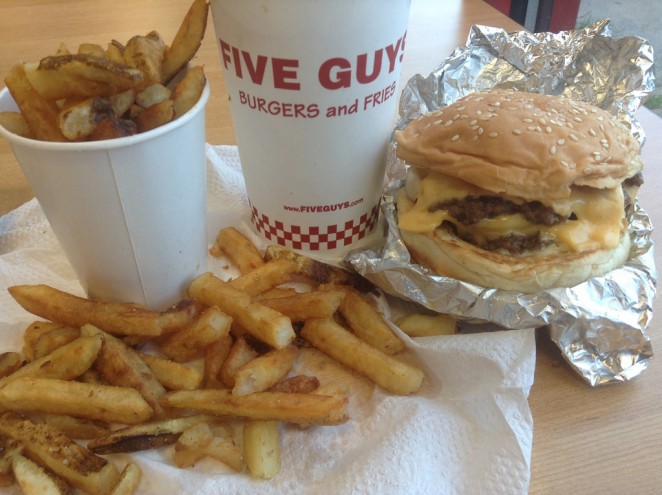 Now you bring an economist or an accountant into the mix, what’s the first thing they cut? The first thing they cut are the fries you don’t have to give people. But the fries you don’t have to give people are probably where the majority of system one emotional value in the transaction actually lies. Think about it, if you buy someone a particularly generous present what’s the default human response? ‘You really didn't have to’. And the typical accountant will go in and say, ‘Well the product basically is medium fries, burger, drink. So let’s go into Five Guys, we’ll get rid of the free peanuts, we’ll get rid of the surplus fries, we are now going to meet are three-quarter-2015 targets with money to spare, except suddenly no one wants to go there anymore.” Taken from Rory Sutherland's talk on London Real.

Relate this all back to social media, the behavioural science and psychology. A surge in advertisements may be good for business, but the more sponsored links you put in front of users the more dissatisfied they will become with the service. I love Instagram, I have carefully tailored who I have followed so as that I am inspired when scrolling through my feed. Yet this latest mass of adverts over the past few weeks, and it’s passion for copying everything Snapchat does are making me use it less and less. I hope Instagram go back to doing one thing and doing it well. Keep changing the platform to compete with Snapchat and keep putting more paid sponsored ads on there and suddenly they may find nobody wants to use it anymore.