When AR and VR combined: Say hello to Mixed Reality

Don’t worry - I get it. You click on the title of this article and think “my god what?!” ANOTHER new medium, tech trend/fad/what-do-you-macallit I need to get my head around? Hush. Breathe. Sit down. Let me explain things to you...

Mixed Reality is a fusion of Augmented Reality (where objects are layered into the real world) and Virtual Reality (an immersive world), encompassing a wide range of experiences that were previously considered to be either AR or VR, because there wasn’t a space where the two could exist together. In mixed reality these two mediums fuse dynamically: allowing people, places and objects from physical and virtual worlds to merge together in blended environments primed with possibilities.

This newest paradigm shift is made possible through the Microsoft Hololens - a headset which harnesses the power of holograms to allow users the gift of feeling present in a virtual environment. It essentially conveys what it’s like to be in VR but on a 2D screen which is brought alive through synthetic content. Users can therefore move naturally, interact and explore in seemingly three dimensions. 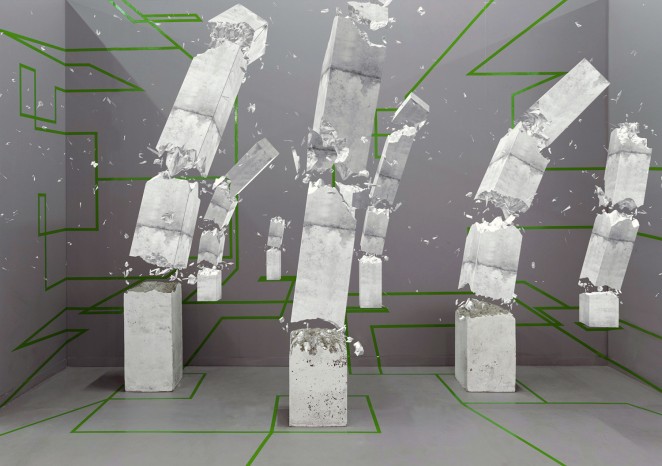 This intersection of the real and the virtual gives life to a dimension where two previously unrelated worlds coexist and interact in real time, unearthing a wealth of expansive new possibilities in the process. Surgeons will be able to overlay virtual ultrasound images on a patient whilst performing an operation - for example, whilst designers could work on holograms to fine‑tune a project, share ideas, and understand their creations in real world contexts. The exploration of places and ideas from another person’s point of view and perspective would also become infinitely more manageable.

These newfound animation capabilities, mean artists in particular are getting excited about Mixed Reality, and the the medium provides a virtual blank canvas free from the limitations previous VR ‘advancements’ carried with them. 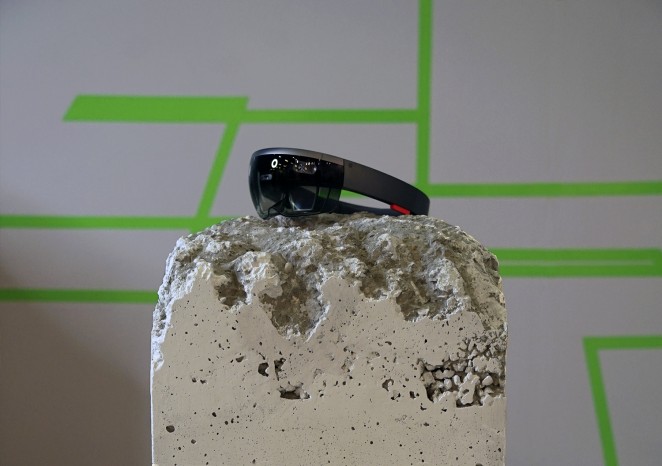 The first artwork made with the Microsoft Hololens was commissioned by Artsy and premiered at NYC’s Armory Show last month. Known as Concrete Storm, the project brings three static (to the naked eye) concrete pillars to life when the HoloLens headset is worn, making them sway and nearly quadruple in size. The project was realised by Amsterdam’s Studio Drift who described their motivation to Artsy as an investigation into “the point at which viewers might let go of trying to distinguish between what is real and what is not, and accept this new mixed world as simply another version of reality.” 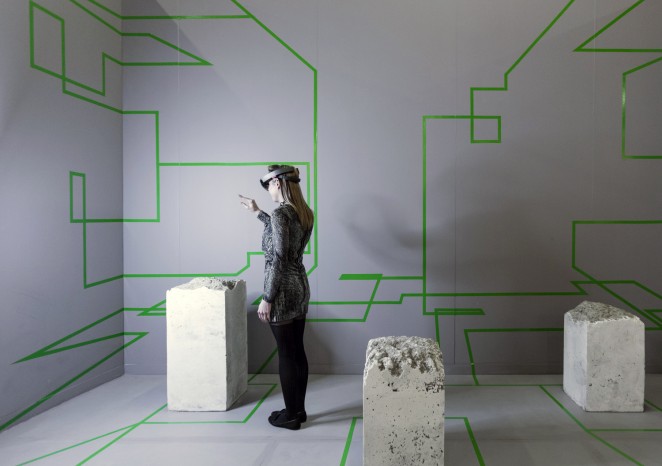 So what about Mixed Reality's future art credentials? Well, whilst the medium may be in its infancy at the moment, a series of HoloLens apps mean that digital artists are free to play with Mixed Reality in any way they like, without the need for programming talents. Stay tuned to fruits of their labour, in this world or another...