What role will the tech sector play in the economic recovery?

It's been over a year since the first lockdown came into place. People are eager to leave their homes to socialise again, shop and find new experiences – which doesn't necessarily mean we should do it before it's common sense to do so, but it does mean that good things may be on the horizon for our struggling economy.

With Covid-19 out of the way and vaccines fully rolled out, we can expect an economic boom that may be way stronger than the ones we experienced at any given time in the past century. As consumer habits shift more and more towards digital, we can also expect tech to have a prominent role in this.

So what will be the role of the tech sector in the economic recovery? What about the UK, more specifically? We reached out to Nigel Bridges, founding CEO at Beacon, to discuss the topic in depth below. 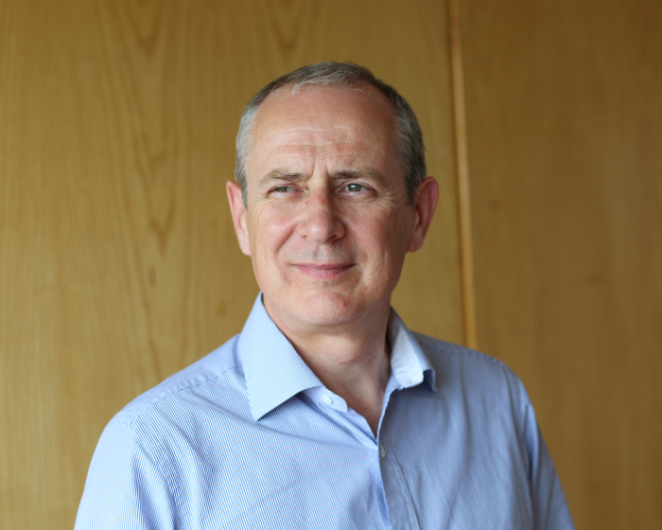 What role will the tech sector play in the UK’s economic recovery?

Despite the upheaval that the coronavirus pandemic has caused for many individuals and businesses across the UK, the tech sector has demonstrated great resilience over the past 12 months with consistent job creation and investment deals.

The industry’s continued strong performance is reflected by recent data compiled for Tech Nation and the Government’s Digital Economy Council, which shows that 10% of all current job vacancies are for tech jobs – beating the benchmark from the Office for National Statistics that 9% of the workforce is already employed in the digital tech sector.

Figures such as this represent the increasing importance of tech to the financial health of the UK, and highlight its potential for leading the nation on its road to economic recovery following the pandemic – something that was addressed by Chancellor Rishi Sunak’s in his most recent Budget statement.

But what role is the tech industry set to play in the Government’s plans for kickstarting the economy?

During his Budget statement, the Chancellor unveiled the Government’s plans to launch a £375 million UK-wide initiative called ‘Future Fund: Breakthrough’.

The scheme will seek to encourage investment in highly-innovative companies operating in life sciences and technology that are aiming to raise at least £20 million of funding, and the Government will take a stake in these scale-ups, with private venture capital matching its contribution.

This announcement and the level of investment pledged show that the tech sector is at the heart of the Government’s vision for the future of the nation’s economy.

While unemployment levels have recently reached a five-year high, according to the Office of National Statistics [ONS], the industry has already proven its potential for creating new jobs, and the fund will offer high-growth firms the chance to level up their ambitions and help to strengthen the UK’s status as a global hub for tech jobs and opportunities.

A new visa scheme is set to be launched to assist start-ups and scale-ups in sourcing talent from overseas, and will include an unsponsored points-based visa for science, research and tech workers.

With access to talent from Europe having been limited by the restrictions that Brexit has placed on free movement, many in the tech sector have hailed the announcement of this new fast-track scheme as a chance to tap into the wealth of highly-skilled migrant workers who could play a pivotal role in helping the UK’s industry to reach new heights.

For example, around 42% of the country’s 76,500 fintech workers come from overseas, according to an independent report by Innovate Finance, demonstrating the reliance that the UK’s sector has on foreign talent and how important these workers are to its continued success and growth.

With increasing numbers of the world’s most highly-skilled digital professionals able to come and live and work in the UK, the nation is sure to consolidate its position as a global centre for tech and innovation.

The Help to Grow scheme will offer up to 130,000 smaller companies from across the country free digital skills training and a 50% government contribution towards productivity software up to £5,000.

This investment reaffirms the position of SMEs as an integral part of the economic recovery, and acknowledges the need that these firms have to access the latest technology in order to excel in an increasingly competitive digital world.

With British tech firms having made huge digital innovations in the past five years, SMEs are set to benefit from world-beating technology that will not only bolster employment but also lead to an uplift in investment and support for a high-energy performing economy.

It is clear from these and the various other announcements that the Government has made around tech investment that the sector is seen as a guiding light for the UK and a means of overturning the financial turmoil brought about by the pandemic.

The unveiling of the Future Fund: Breakthrough initiative and the Help to Grow scheme will provide a powerful combination that will assist SMEs in the digital upskilling of their workers, which will in turn lead to greater productivity and growth among businesses of this size.

These measures, together with the fast-tracking visa applications for highly-skilled workers, are vital to counterbalancing the skills gap that has been present in the tech sector following Brexit, and will generate much-needed innovation in both tech and R&D to keep the UK competitive on the global stage, long after the coronavirus crisis has ended.