What do Lionel Messi and Neil Patrick Harris have in common?

The answer to the headline question is simple; they both appear in groundbreaking new campaigns, with one starring in a campaign for an international airline, and the other starring in a campaign for a 90-year-old fashion brand. Neil Patrick Harris, the actor best known for his portrayal of dastardly womaniser Barney Stinson on the popular sitcom, How I Met Your Mother, will be appearing in a series of ads for coat retailers London Fog with his husband, and fellow actor, David Burtka.

The ads will be appearing in American fashion and style magazines from next month and in keeping with the “Holiday spirit” represented in the campaign, London Fog will be contributing a donation to Elton John's AIDS Foundation in the couple's honour.

Harris said the campaign will be their first as a couple, and that whilst they've acted together (in both HIMYM and the YouTube series, Neil's Puppet Dreams) and have done photo shoots together before, they've “Never represented a brand” as a couple. Burtka added; “London Fog is a brand rich in heritage, and most famously known for its iconic trench coat and it’s nice to be a part of that history now.”

The shots captured for the campaign show the newly married couple (they were wed on September 7) enjoying one another's company and the luxury threads, which are amongst the highest quality trench coats, raincoats and jackets in the world.

International soccer star, Lionel Messi, meanwhile, has teamed up with fellow footballer Didier Drogba to promote Turkish Airlines in a new global campaign from CP+B London. Following in a similar vein to the Kobe Bryant and Lionel Messi “Selfie Shootout,” which clocked up more than 137 million views last year, the new campaign pits Barcelona forward Messi against Chelsea striker Drogba, as the compete to use Turkish Airlines to scour the globe to find the most “Epic Food.” The campaign will officially launch tomorrow (November 18). 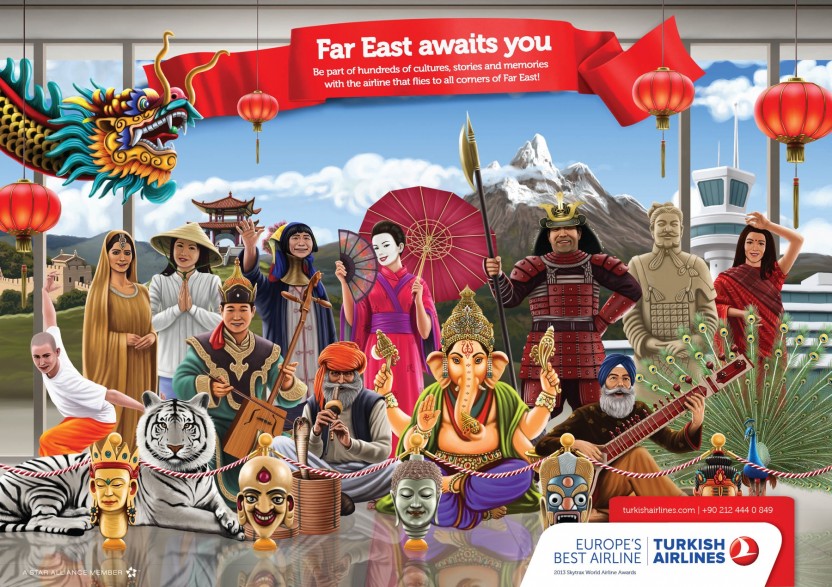 Turkish Airlines advertising manager, Serdar Ekrem Sirin, explains that the airline is “Passionate about food,” from traditional Turkish cuisine, to every dish served on their flights and in their lounges. Sirin adds that “Turkish Airlines targets culturally curious travellers, who are bored with conventional destinations and sightseeing, and want to experience life as a local,” and believes that “Food is the best way to understand a culture,” which explains why they've made it the centrepiece of their new campaign.

Aside from the film (above), users can also log into the digital Epic Food Map, which will launch on November 19 and will reveal the Drogba and Messi's favourite dishes, as well as offering a platform for users to upload their own Epic Food photos. There is also a chance to win a trip to all of the exotic locations featured in the ad.

Temel Kotil, CEO of Turkish Airlines, adds that “Lionel Messi has been a global brand ambassador of the airline for three years.” On bringing Drogba onboard, he says they pride themselves on their strategic partnerships and “Couldn't be more delighted that Didier is now part of the Turkish Airlines family.”

Benjamin Hiorns is a freelance writer and musician from Kidderminster in the UK who has had more than a few Epic Food experiences in his time. The morning after is generally just as epic, but for all the wrong reasons.