We Believers design edible beer packaging to save marine life

I love beer. I love almost everything about it. I love it's eclectic nature, the community behind it, the fact you can have more than a few without dissolving into a raving loon, and the hoppy, bitter taste that lingers in your mouth just long enough to leave an impression without turning sour. What I don't love about beer, however, or any canned beverage for that matter, is the toxic plastics used to house cans of beer, which inevitably find their way into our oceans, and harm the marine life therein. The rather wonderfully-named We Believers consultancy, obviously feel as strongly about this as I do, as they have teamed up with the Saltwater Brewery craft beer brand to create a unique form of edible packaging, which could potentially prevent the loss of countless marine lives.

This edible, biodegradable beer packaging has been designed specifically to protect marine wildlife from harmful plastic materials. The brewery, from Florida in the US, has teamed up with We Believers to create the world’s first, fully edible six-pack ring. The packaging is made of spent grain, which is an off-shoot of the brewing process. The concept was devised in response to research by Greenpeace, which revealed that 80% of sea turtles and 70% of sea birds are ingesting or becoming tangled within dangerous plastic waste dumped in the oceans. It's also been estimated that half of the 6.3 billion gallons of beer drunk by Americans every year is sold in cans, often packaged in six-packs held together by plastic rings. That plastic is then often discarded and ends up in the ocean, where wildlife can be strangled by the rings or, more commonly, eat the plastic and then starve to death as their digestive systems are clogged. 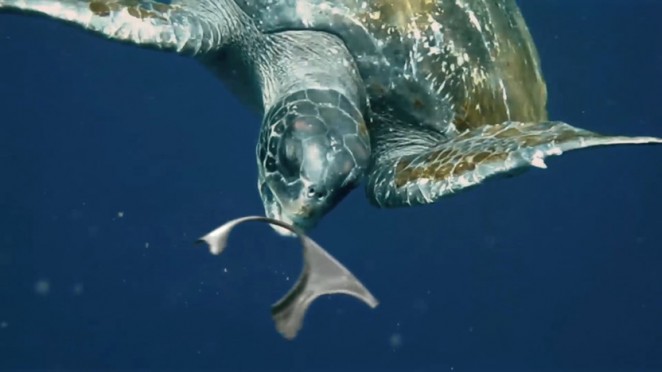 The project began in earnest back in February 2015, when Saltwater Brewery were approached by We Believers with an idea for environmentally safe packaging. The consultancy’s original concept involved moulding edible six-pack rings from seaweed, but the teams later discovered that by-products of the brewing process, including wheat and barley, could be used to make completely digestible packaging, which was not only safe for wildlife to eat, but was sturdy enough to support the weight and handling of the cans.

Saltwater Brewery's President, Chris Gove, said: “Typically leftover grain is discarded after use or distributed to local farmers. We realised that using spent materials was a more efficient and stable process than retrieving seaweed from the ocean.” Gustavo Lauria, We Believer's Founder and CCO, added: “It shows that through innovation the little guys can point the finger at governments and big business to motivate change that impacts our world and the one we will leave for our children. If most craft breweries and big beer companies implement this technology, the manufacturing cost will drop and be very competitive compared with the current plastic solution, while saving hundreds of thousands of marine lives.”

The design for the six-pack rings, which was visualised by the small Mexican start-up company, Entelequia Inc, is far from typical either. The company 3D-printed a test batch of 500 holders, before progressing to aluminium moulds for the brewery’s flagship product, the Screamin’ Reels IPA. In April, the new packaging was introduced at local events and venues, including the Saltwater Brewery Beer Garden and nearby points of purchase. Consumers were able to see that the new design was as strong as the environmentally harmful plastic rings, and some people even couldn't resist taking a bite out of the edible rings themselves! The six-packs rings can biodegrade within three months, and the digestible materials were tested in partnership with a team of marine biologists. While the edible holders are still more expensive to make at the moment, at least in these relatively small quantities, the brewery hopes that other beer producers will take heed and adopt the concept. 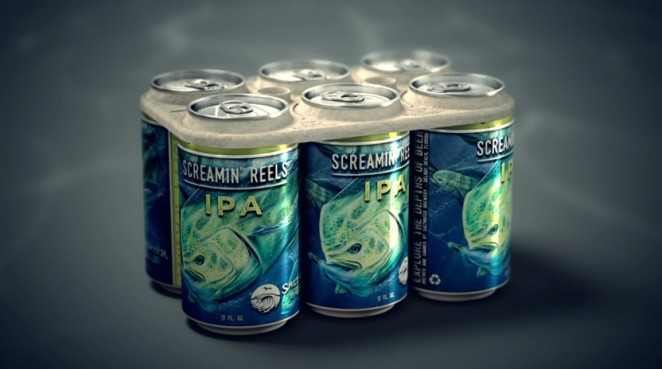 Saltwater Brewery is currently implementing larger scale machinery and hopes to increase its current output to 400,000 cans of beer per month. That first mass-produced batch will cost between 10 and 15 cents per unit, for craft beer that costs more than $10 for a six-pack. I genuinely hope that the concept catches on amongst larger drinks companies, as it seems like a win-win situation to me. Not only does it look incredibly striking, but it will surely more cost-effective in the long-run to use by-products of the brewing process for the packaging, instead of having to outsource the production of packaging to another company? Either way, I'll be eagerly following the progress of this new, eco-friendly packaging, which joins a long list of similarly 'green' packaging alternatives that have been slowly drip-fed into the market in recent years. 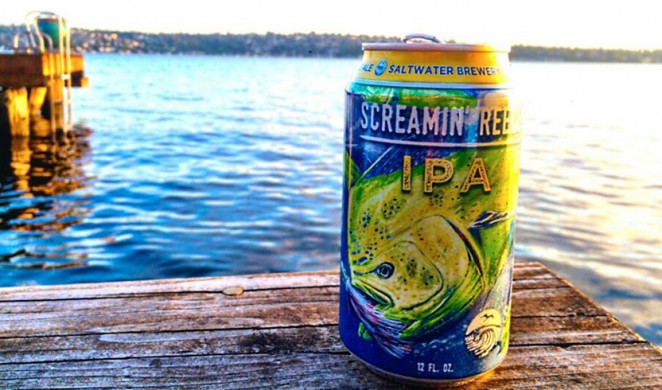