Technology has now advanced to the point that you no longer have to be a musician in order to create music. Indeed, some of the biggest music stars in the world have probably never even tried to pick up a guitar or sit down at a piano. That doesn't necessarily have to be a bad thing, of course, but as a music fan and musician myself, I feel that something pure and almost indefinable has been lost in the process, as the pubic has turned their attentions away from the skilled musicians of old, and towards the 'just press play' disk jockeys and privileged models with dance moves who are lighting up the charts in 2016. 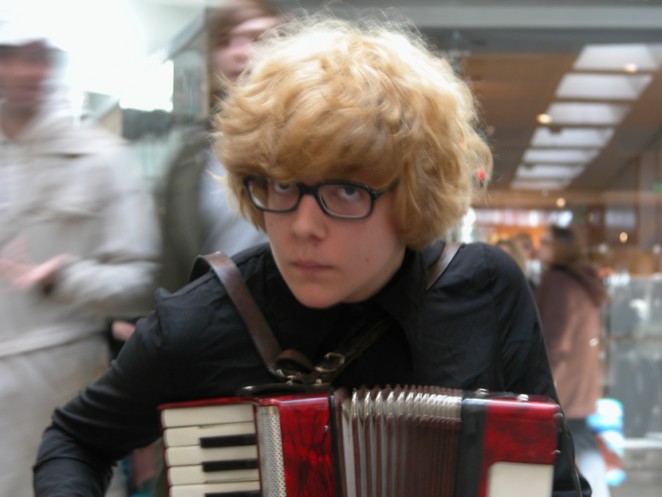 “The machine was made using a technique similar to that of moulage. Each piece was built, moulded and adjusted gradually, leading to its gloriously misshapen final form”

I'm obviously not the only one who feels this way, as in the last few years, YouTube has been inundated with videos of technical wizards making music in the most spectacular and laborious of manners. Whether this is to make a stand in a world where the lost art of mainstream musicianship is viewed almost as a magic trick, or to simply show off, is irrelevant, because more often than not, the results are truly captivating, and underline exactly what a powerful force for good social media can be when wielded by the right people. Enter Swedish musician Martin Molin, who might just have reached the peak of strange and ridiculous musicianship with his unfathomably creative and maddeningly incomprehensible “Wintergatan Marble Machine.” 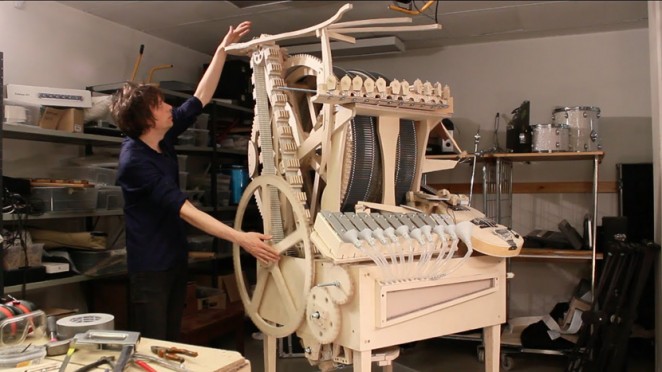 Built by Molin and captured in a sparse, but elegant film by Hannes Knutsson, the machine is essentially a gigantic, hand-made music box connected to a vast collection of musical instruments, all of which are activated by a hand crank and 2,000 marbles. Marble machines are not a new concept, of course, but this is (to my knowledge at least) the first musical marble machine of this scale and programmability. The intricate beauty of the machine is captured in almost fetishistic detail in Knutsson's film (below), which shows Molin manipulating the machine in a way only a master creator could; by making something incredibly complicated look as easy as turning a crank and pulling a few levers.

The machine itself is wonderfully imperfect, with dozens of expertly carved wooden parts, tracks, pullets and funnels (in total of 3000 parts) working in perfect harmony to send and reroute the thousands of marbles, which not only activate the instruments, but produce their own subtle percussion, lending the music a unique and organic quality. The song itself is a sparkly electronic arrangement reminiscent of a gentler Aphex Twin record. In fact, Molin shares a potential kindred spirit in Aphex Twin mastermind Richard D. James, who himself reportedly builds the lion share of his own equipment. Even when analysed as a conventional composition it stacks up pretty well, but when you begin to understand the remarkable efforts that went into building this one-of-a-kind contraption, and what it is capable of, the mind really begins to boggle. 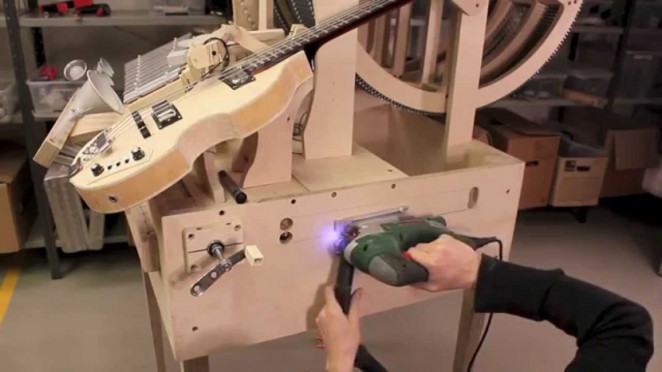 “The marbles behave like water. The nature of water is that it just breaks through everything. After 100,000 years it can make a hole in stone”

Whilst only one song has been released thus far, the machine is completely programmable, with the central wheel a 32 bar loop that can be reprogrammed by a series of pins in much the same way as a step sequencer, only much more physical. The key of the song can also be adjusted on the fly, which can be seen in the video, with the song starting in E minor and finishing in C major. The tempo is controlled by the crank, which spins the wheel and acts almost as a track wheel on a mixing desk. As it's on a loop, the song is potential indefinite, but given the size of the wheels, I'm thinking most arms would give out after an hour or so.

Molin said of the design process behind his creation, which he scheduled 2 month to build (it ended up taking 14): “I drew out the dimensions in 3D software, starting with an 80cm cube on which the machine was built. But after that the machine was made using a technique philosophically similar to that of moulage, or moulding clothes directly onto a fashion doll. Each piece was built, moulded and adjusted gradually, leading to its gloriously misshapen final form.” Of the marbles which essentially fuel the machine, he added: “Marble machines always make music, but I was thinking maybe I can make a programmable marble machine, that doesn't make chaos but is actually controllable in the sounds it makes. The marbles, you know, they behave like water. The nature of water is that it just breaks through everything. After 100,000 years it can make a hole in stone. The marbles act like that, it doesn't matter what I'm doing to try to tame them. They are just flooding every wall I'm putting up. I'll have to fix some escaping marble issues in order to tour.” Yes, the mad Swede does indeed intend to tour with this beast in the near future.

The Marble Machine is Finished!

Molin's other future plans include building new, smaller machines, which are better tuned for touring purposes, as right now the Marble Machine has to be completely disassembled and rebuilt. If you're interested in the remarkable design process behind the Marble Machine, a variety of extensive making-of features (one of which can be seen above) can be found on the Wintergatan YouTube page, where it's revealed that the process began back in the closing months of 2014. Now, almost 18 months later, the video is ready to find the viral fame it so deserves. So go forth and do your duty! 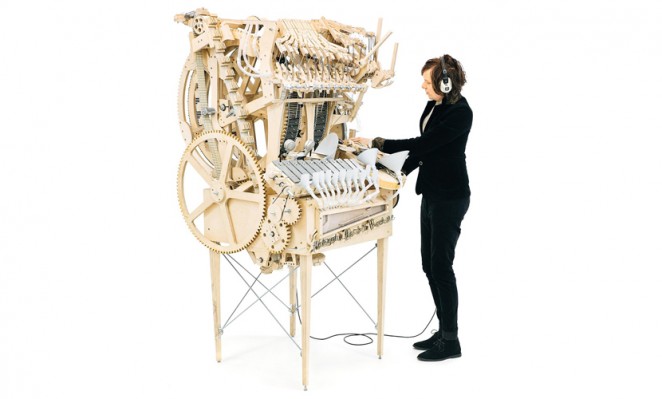