James Louis Hedley is a VR director & producer at immersive content specialist Surround Vision. In this month’s Visions in VR article, he tells us why pitting ‘True’ VR against ‘Passive’ VR divides a burgeoning technology before it’s had the chance to realise its full potential. He argues that interactive experiences and 360 degree video, should be allowed to grow side-by-side without divisive comparisons. Here’s why...

True VR - an interactive VR experience, often generated using a game engine and CGI, where viewers can physically interact with and manipulate the virtual environment. So for example, by using your hand controllers on the Vive or Rift, you can pick up and item and throw it across the room.

Passive VR - a VR experience, often shot using 360° camera in real environment, where viewers are immersed into a 360° panoramic video but cannot change or manipulate what they see in any way.

An unnecessary divide is breaking out in VR circles. At the recent VR Creative Summit (billed as the VR event of the year), the term ‘True VR’ was publically pitted against the unfortunately named ‘Passive VR’. Both forms have differences and similarities that can be used to great effect when it comes to immersive storytelling. The problem is that by defining one type of VR as “true” (and, therefore, ‘truer’ than the other), we will – either as an industry or consumer – forget the fundamental point of what all VR is trying to achieve: seamless immersion and a sense of pure presence.

VR is awash with new developments and the darling du jour is hand controllers. The tail-end of 2016 saw a flurry of exciting new launches: HTC Vive released two wireless hand controllers in October, swiftly followed by Google’s new VR headset, Daydream, which comes complete with an Wii-style controller. Then came the Oculus Touch half-moon controllers, which go one step further by recognising pointing gestures. In fact, Oculus is now even talking about glove-like controllers.

Thanks to these developments, VR users can now touch, pick up and manipulate items they see in the virtual environment, unleashing all manner of creative possibilities. The excellent Google Earth experience is a great example of how to use this added layer of interactive magic.

With such technological developments, it’s inevitable we’re seeing heightened interest in fully interactive VR. But, like trying to run before you walk, if we prioritise too much interaction at this early stage and strive to define a medium too prematurely, we risk losing the core essence of immersive storytelling, instead making it gimmicky.

Even though we’re at a crucial learning stage in VR, creators using 360° video are already being pressurised to build their stories using game engines so that users can interact with environments in more complex ways. This is exciting for storytellers who want to create a completely new world where anything can happen as there are no restrictions. But it’s vital that interactive elements add to the story, rather than distract.

I can’t wait to use and build interactive techniques in VR storytelling in order to trigger branching narratives. But not until interaction becomes more intuitive, and not while interactivity is deemed ‘truer’ and, therefore, superior. You only have to look at studios like Here be Dragons, Surround Vision, Felix and Paul, Sky VR and the BBC to witness passive VR examples which demonstrate true excellence. The medium’s evocative potential was also recently evidenced when Growing a World Wonder was shown to the world leaders at the Cop 21 summit, helping to raise $4billion dollars in the fight against global warming.

When we strip VR back, we must remember that at its core it’s about immersing audiences in stories, worlds and situations either recognised or unknown. This illusion may well be enhanced by using hand-controlled interaction. But sometimes you only need to see and observe something happening in front of you to believe it's true.

To create a true sense of presence and immersion, the viewer has to suspend disbelief. Whilst VR has an entirely different set of rules to traditional filmmaking, I argue that the same core storytelling lessons still apply. And we’d be crazy to let our hunger for interaction kill 360 video’s fundamental storytelling ability before this new medium has even finished its first chapter. 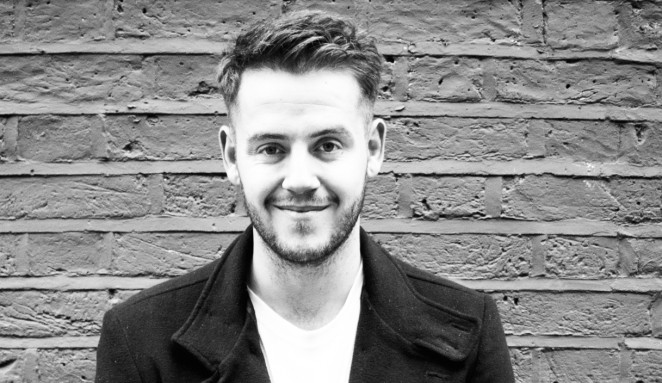