US telecom giant Verizon is looking to take its creative work in-house after hiring Apple’s former global group creative director, Andrew McKechnie (see hero image), to serve as its first Chief Creative Officer. McKechnie will be tasked with creative leadership of the agency, with the goal of building its capabilities and bringing Verizon’s brand vision to life. He was brought in to help give Verizon an edge in the competitive telecoms sector by repositioning the brand as a leading tech company, overseeing its new persona from a plush office in New York. From there he will lead a team of 60 tasked with marketing the brand, overhauling its website and its retail stores, and devising a new suite of ads, ditching the existing “most reliable network” branding.

“In a lot of ways, the group I’m building will be just another agency, but we don’t want to have our capabilities overlap with those of other partners”

This new strategy will free Verizon to push more marketable services such as the internet of things, apps and video platforms. Verizon, which is in the closing stages of acquiring Yahoo after negotiating a $350m discount in the wake of a hacking scandal, will not be cutting the cord completely with independent agency and media partners such as McCann, R/GA and Zenith. Earlier this month, the company split with Wieden + Kennedy after two years and sent its brand work to McCann New York without a review.

“We’re very aware of not just following an existing model”

Diego Scotti, Verizon's chief marketing officer, said: “As we expand our bench of world-class marketing talent, we are thrilled for Andrew to bring his global expertise and fresh aesthetic to the Verizon brand. Andrew and his team will help to drive demand for our products and services, as well as accelerate our efficiencies, speed to market and innovation. We want to create a really strong creative arm internally that can help connect the dots better for how the brand narrative and brand experience gets executed across touch-points. We want to create a consistency of voice, look and emotional experience. For a brand at this scale, you got to really build the capability and bring in a lot of talented and creative people that can help build that.”

“It’s a great opportunity to build something from the ground up rather than inheriting a legacy structure. There’s no group to dismantle”

McKechnie served as global group creative director at Apple since March of 2014 (around the time that the tech giant began moving work away from Media Arts Lab). Before heading to Cupertino, he spent a year as group creative director on Reebok for DDB New York, where he also served as executive leader on the agency’s innovative talent development program, LaunchPad. He also served as global creative lead on LG Electronics and ECD on Land Rover North America at Y&R New York after launching his career in and creative lead on United States Olympic Committee. 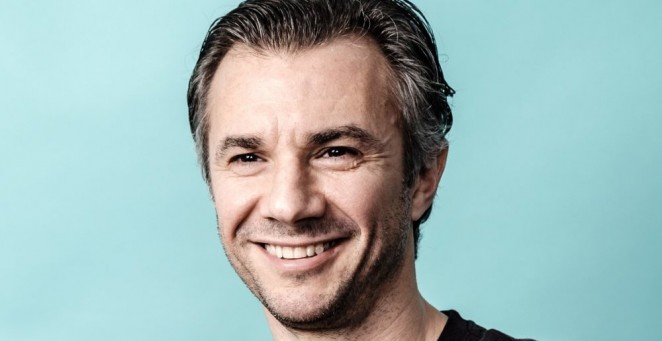