In the week following the 2016 US Presidential Election, many designers have responded to the news that Donald Trump will be the 45th President of the United States with shock, awe and amusement. We're be examining the latter today (but if you want to read something with a little more insight, you can do so HERE) by taking a look at some of the frankly absurd, satirical, tongue-in-cheek images provided by the design community in the wake of the real-estate moguls victory. 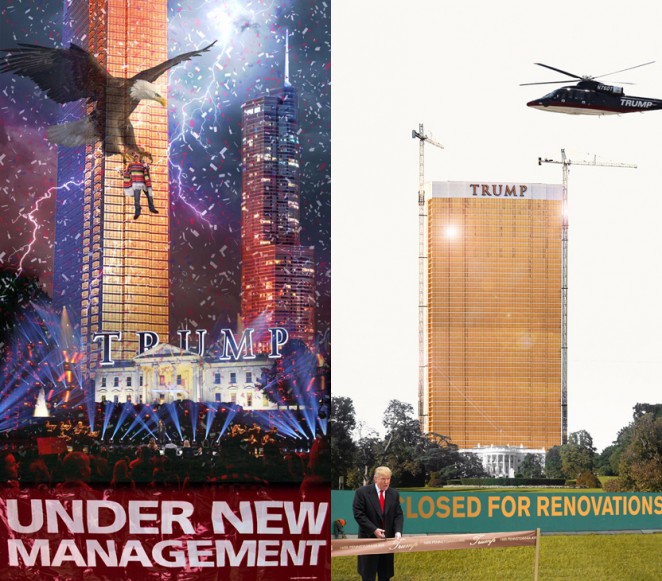 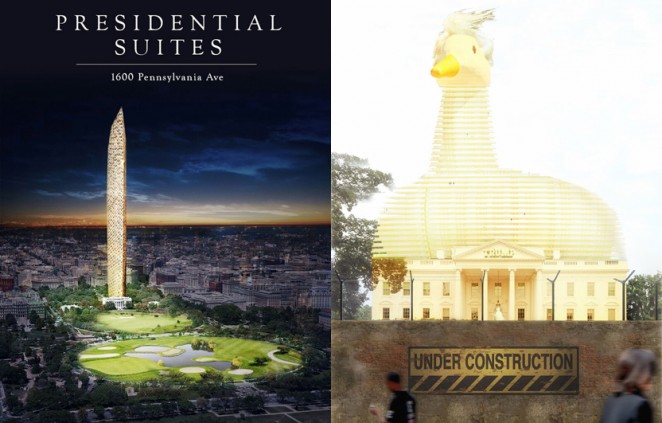 Architecture collective Partisans imagined what the prolific developer might do to capitalise on the building and its land. For a project titled “Reconstruct America Again,” the team digitally collaged images of some of Trump's best-recognised developments and other structures with the White House. The results form adverts for the conceptual architectural projects. In the images, the Presidential Suites at 1600 Pennsylvania Avenue are imagined as a luxury condominium building, towering over the house and sheathed in a golden skin. Alternatively, replicas of the Trump Towers in Las Vegas or New York could be built on the site. Other 'suggestions' include creating a giant version of the Big Duck building on Long Island wearing a toupé, or turning the home into a branch of the Trump-owned Taj Mahal casino in New Jersey. Terrifyingly plausible stuff.

“The series is our attempt to bring some levity and satire to an otherwise very dark moment in history” Partisans Director of Content and Culture, Nicola Spunt

Even before Trump won the election, architects and designers were creating satirical responses to some of his controversial comments, many of which are covered HERE. The real heft of the post-victory work, however, came via social media (no surprises there). Following news of his victory, illustrators expressed their feelings about the vote through graphics they posted to social media. Here are a few of our favourites. Laughing through the tears. Always laughing through the tears. 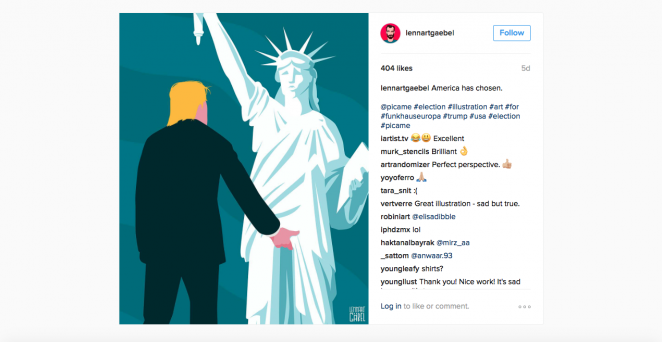 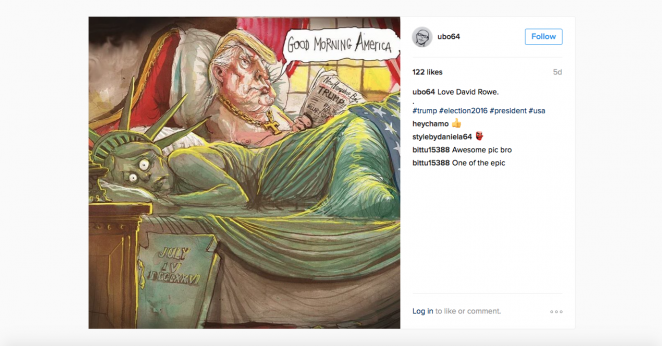 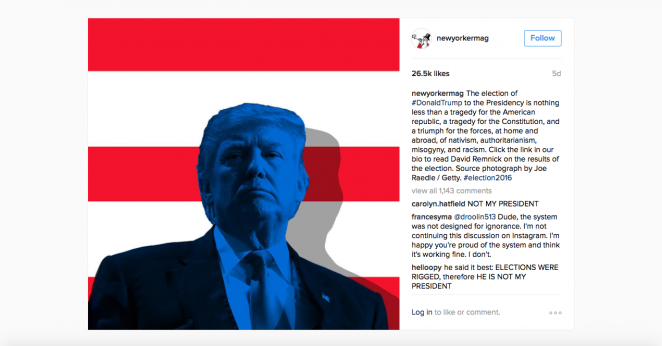 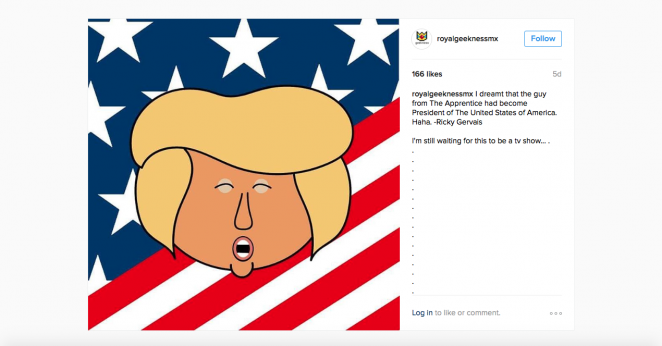 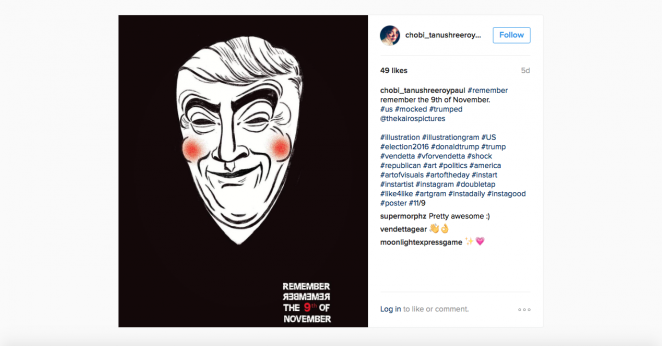