Top Design Trends of 2017 from the Industry

When it comes to the world of design in 2016, many will look back on it as a year where the digital and physical worlds finally began to blend in earnest thanks to the advent of affordable VR and the perpetual advancement of design technology. It's also a year where we stepped back and let consumers dictate trends. Will 2017 provide a sea change or are we looking at more of the same? 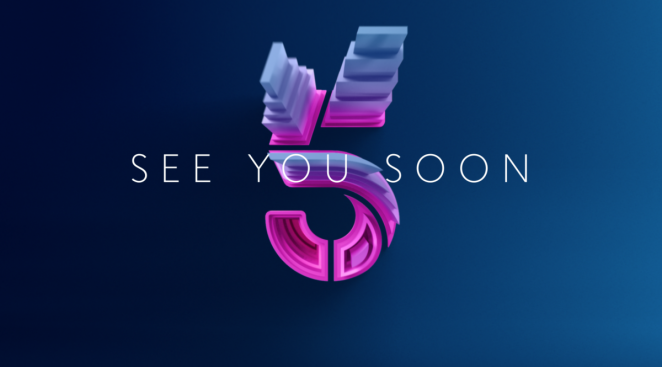 2016 is the year where “Less is more” became something of a mantra amongst many creatives, with the likes of eBay, PayPal, Instagram and even the Premier League all jumping on the bandwagon arguably set in motion by Apple over a decade ago. Marv Robson, Design Director at Big Cat, believes that less will still be more in 2017 and that the trend will allow “large ‘boring’ corporations to ‘claim’ they are saying a lot by not saying much at all.” A little cynical perhaps, but I certainly understand and appreciate where he's coming from. Personally, I quite liked the rebrand effort for Channel 5 earlier this year by the brand's in-house team 5Creative and a number of agencies, including the New-York based Gretel and LA-based Troika, which, in my view at least, sums up the less is more philosophy quite adequately without succumbing to the bland design tropes that Mr Robson seems to think we'll be swimming in next year. 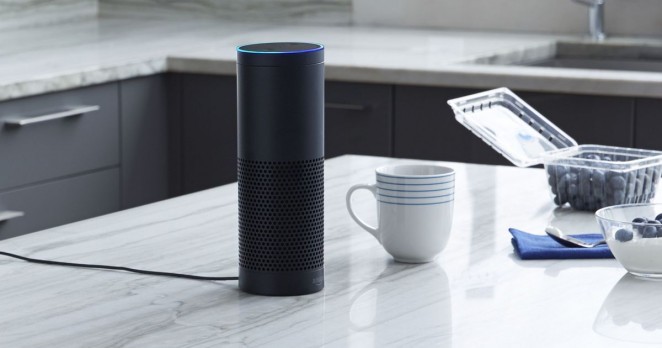 Something of a lead-on on from the previous trend, we have noticed this year that brand hero images have been getting more and more simple as the year has progressed, and believe the downward spiral will continue apace in 2017. This is a knock-on effect of an increasingly digital world, as consumers spent more time on their mobiles and their attention spans gradually diminish into micro-second impulses. Vicky Bullen, CEO at branding design agency Coley Porter Bell, explains: “One of the unexpected shifts in the retail space that’s caught our attention this year has been the sudden emergence of Amazon’s voice-controlled platform Alexa, on their new Echo device. We’re used to the shift from stores to screens, as more spend takes place on mobile. We can see the impact on design already, as brand hero images are simplified to stop thumbs rather than passing pedestrians. But when shoppers buy brands in conversation with their AI personal assistant, they’re stepping out of the visual realm entirely; and we’re particularly interested in how brand building must change as a result.”

Another design trend that I anticipate in 2017 is the rise of visual storytelling, which I feel was recently underlined quite admirably by the digital “Snow Fox” Christmas Card created by AKQA. This is a platform that might set brands and designers back more time, effort and outlay than still images, but, as the aforementioned Mr Robson points out, “video content provides more cut through than any other form of media.” He adds that, “as humans perceive and process visual elements 60 thousand times faster than reading words, smaller companies are now getting in on the action more so as the realisation that good video content does not always have to break the bank.” He's referring, of course, to such concepts as time lapse, flip books and slideshows, which are just a number of the increasingly creative solutions to obtaining inexpensive footage. 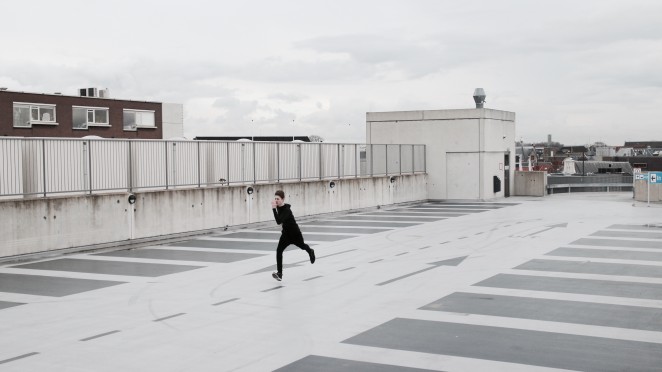 One design trend that could catch on in 2017 is something dubbed by its creators as “design sprint,” which is a process that takes you from identifying a problem through to prototyping and testing a solution in just five days. It's a product and service design process that has already been trialled and tested by digital consultancy Red Badger in 2016 in their own rebranding. By using the principles of a sprint (including co-creation and collaboration), the new Red Badger branding achieved something that was relevant, interesting and testable and had input from the entire company, clients and partners as well as reducing risk. Sam Griffiths, Digital Designer at Red Badger, explains: “As you know, rebranding is one of the most time-consuming and money-draining tasks a company can be faced with and it often takes months and months as a process. Frequently, big brands and agencies will do everything behind closed doors up to a point where there’s a big reveal and a ‘Ta-da!’ moment - and the new branding either sinks or swims. The pitfalls in this way of working are obvious, if your big reveal faces backlash from the customer or staff, then those planning months, resource and money are wasted. So, by using a design sprint, we were able to avoid this and created a new brand in just five days.” It might sound too good to be true, but the results speak for themselves. 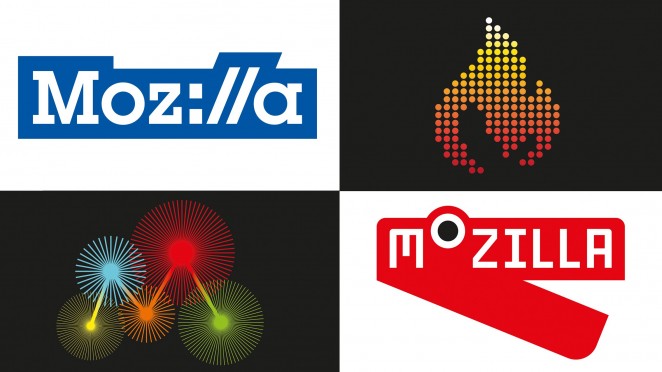 As evidenced by the largely successful (at least in terms of column inches) Mozilla rebrand experiment, open source design has really come of age in 2016. Leigh Day, VP of Marketing Communications at Red Hat, which is arguably the world's largest open source company, expects, and indeed hopes, that the trend will increase exponentially in 2017. She said: “In 2017 we expect to see open source design come right to the fore of public consciousness. Public projects like Tate Exchange will help bring an exciting and established method of working within the IT and tech communities to the world of design and art. The process of sharing ideas and resources online is becoming more commonplace, and over the next year I think we’ll see designers use an open source approach to disrupt industries traditionally dominated by a few major players. A great example of this disruption is e-NABLE, which fuses the open source approach with design for the benefit of people in need. e-NABLE is an incredible initiative which matches developers and designers around the world with children in need of prosthetic limbs, allowing designers and volunteers to share and access plans for these life-changing prosthetics to ensure as many people as possible have access to them, with a research and development model where users become designers.” 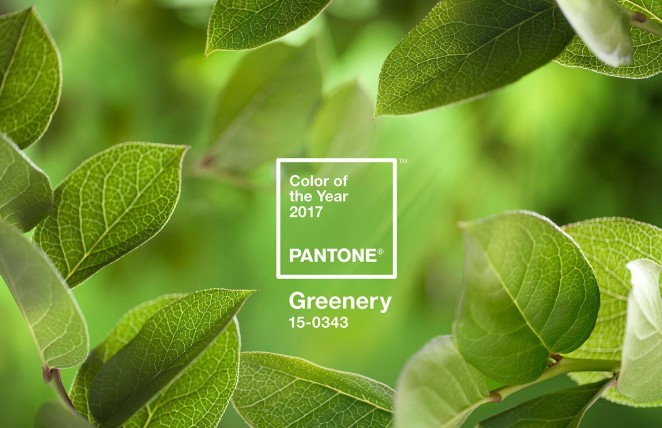 Pantone has crowned the colour of 2017 as Greenery, based on its representation of new beginnings, freshness and environmentalism. Manifesting as a “fresh and zesty yellow-green shade that evokes the first days of spring”, Greenery (otherwise known by its numeric designation of 15-0343) envelops the notion to breathe, reinvigorate and appreciate the great outdoors. As well as greenery, expect to see a rise in deep hues in 2017 such as khaki and olive green, working alongside brick reds, maroon brown and charcoal grey to recreate a sense of rich and earthy minerals and materials.

John Slater, Managing Director of London-based branding agency Naked Ideas, feels that a trend he's noticed in 2016 is design employed with innovative thinking to overcome a problem. He said: “We’ve been really impressed with the product designs that are aimed at helping people with health issues and disabilities lead easier lives. The designs are simple, effective, and moving in their ambition - and results. And the really nice thing is these products aren’t coming from the big players in the industry. Parkinson’s is being taken on by a number of products that employ simple, intelligent design; one of the MedTechSouthEast winners, GyroGlove; a wristband created by a watchmaker; and laser guided shoes. People with hearing impairments can now also hear-feel music, and people with colour blindness have been moved to tears by an innovative pair of glasses that separates light into its primary spectral components. Dementia and Alzheimer's is also being targeted by some of the most pioneering and headline-grabbing tech of 2016: research into Alzheimer's is being aided by computer games and VR is being used to facilitate empathy by simulating the effects of dementia. Smiley AI Health Robots, meanwhile, remember to dispense your pills and they’ll even sync to blood pressure monitors. Design that is truly helping people lead more fulfilling lives is my pick for 2016.” 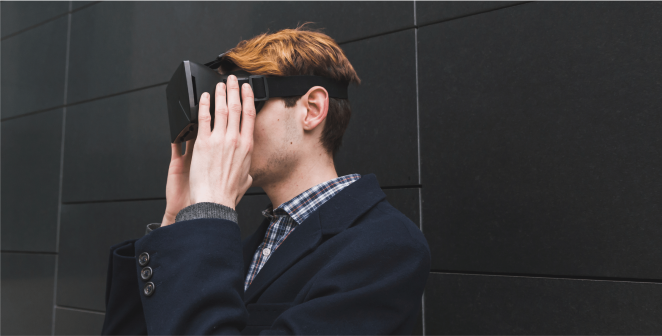 Robert Kendal, CEO of Yulio, is one of many industry experts who feels that, especially in the world of architecture and interior design, that technology is not replacing human beings and will never do so, but that it is instead helping us evolve. He explains: “We design for humans—that's no secret. But designing with humans is, arguably, a more difficult feat. Design, in most forms, is an isolated process, housed in the mind of a single creator, distinct from review sessions and feedback gathering. As technology has evolved, we've gotten better at communicating our vision to others: sketches became cartoon-like computer-generated images, which became photo-realistic 3D renderings. The emergence of Virtual Reality technology in the A&D community is thus less of a revolution (as many will claim), and more of an evolution. Its advent hints at a future of design collaboration that sounds more like The People's Church than a lone Adele-esque solo. Virtual Reality's status as a design trend comes in second to its status as a communication trend. While the ability to visualise an image as a 3D space has traditionally set collaborators apart, Virtual Reality brings everyone to the discussion. The latest VR technology now plugs directly into an architect or designer's established workflow (Revit, Max, SketchUp, you name it), turning 3D models into 3D spaces. With communication as the holy grail, it connects team members and clients with live-stream conferencing, enabling rich, real-time collaboration. The future is ours to design. Skeptics, hush: technology isn't replacing human connection. It's evolving it.” 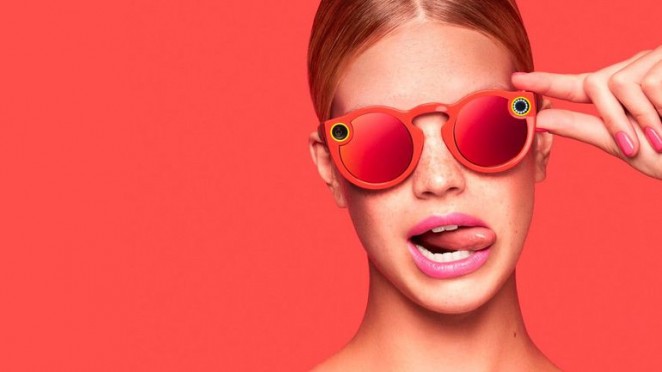 Piers Rudgard-Redsell, Full-Stack Designer at social creative agency The Honey Partnership, has noticed a shift towards branding this year that is bolder, brighter and more “REAL.” He said: “Over the past year there has been a shift in branding towards bright colour, bold clarity, whilst also trying to being more 'real.' Brands such as Milly and Snap Inc.'s Spectacles are ahead of the curve using vivid backgrounds and amazingly sharp, well-lit studio photography to position them as forward-thinking and fresh. Consumers regularly see the same style of stock photos on corporate and old-fashioned websites and materials. Often not representational of the company itself, which is made up of real people in real locations, using stock photography shows lack of imagination and effort in trying to communicate with an audience. Top brands everywhere understand this, and are using more "real" imagery, either by investing in creative, or encouraging users to engage with the brand by sending in photos of them using their products, through social media. Social media allows the younger generation to search reviews, photos and videos of products by real users, which means more than ever brands can't attempt to fool consumers into buying a product. 2017 will most likely see more of this 'real' styles of photography and content, generated fast and reactively and shared through social.”

So from the assorted industry opinions and insights, what are we to take away? That designers in 2017 will strive to create technologically-assisted work that is simpler, more genuine, and very very green? Possibly. The wonderful thing about the design world, however, is that it is, by it's very nature, wildly unpredictable.