Yan Elliott is joining CHI&Partners as Joint Executive Creative Director, alongside Micky Tudor. Elliott leaves Lucky Generals, where he was Creative Partner, and responsible for notable recent campaigns including the Radiocentre work talking directly to the UK’s leading marketers, and Popchips campaign “Be a Bit Good.” Previous to Lucky Generals, Elliott’s career spans two years at HHCL, nine years at Mother and five years as Joint ECD at WCRS before leaving to start up his own agency, Fabula, in 2012. Throughout his career, Elliott has created and overseen work for brands including Coca Cola, Dr Pepper, Super Noodles, Weetabix, Selfridges, Brylcreem, Sky, Orange, 3Mobile, 118 118, The Observer, Kiss FM and TfL. Tudor, who joined CHI&Partners soon after it was founded in 2001, was promoted to Deputy Executive Creative Director last year. During his time at CHI&Partners, Tudor has created award-winning work for The Daily Telegraph, Heineken, Tango, TalkTalk, The Times, The Sunday Times, Drench, Anchor, Lexus and Samsung. 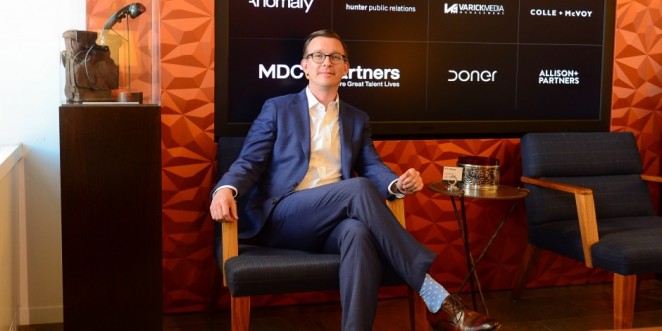 MDC Partners has announced that Randy Duax has joined the company as Senior Vice President of Talent and Recruiting, effective immediately. In this newly-created position, Duax will lead recruiting for MDC Partners, supporting the network and its partner agencies in attracting and retaining the best talent worldwide. Based in New York, he reports directly to MDC Partners Chairman and CEO Scott Kauffman. Duax joins MDC Partners from WPP, where he most recently served as Talent Director of Asia Pacific and was responsible for senior executive recruitment across WPP's company holdings and teams in Singapore, Shanghai, Sydney and Tokyo. Before relocating overseas, he worked for WPP in New York and oversaw senior executive recruitment across WPP's assets in North America. Prior to joining WPP, Duax launched his career at Koller Search Partners, where he rose to the position of Managing Director, overseeing the firm's advertising and marketing practice. There he was responsible for building out the firm's digital talent acquisition capabilities while growing a new client base of digital media and technology companies. 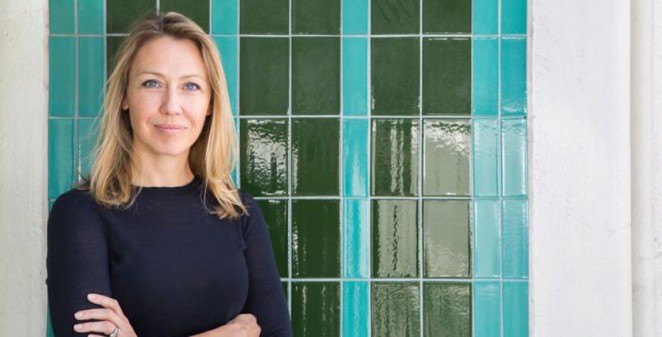 McCann Worldgroup has announced the appointment of Samantha Giles as EVP, Global Business Leader on the agency’s global Nestle business. She joins from Ogilvy & Mather where she has been Worldwide Managing Partner. Giles, who will remain based in London, will succeed Julian Ingram who has headed the Nestle business for the past two years, extending the agency’s relationship with Nestle into additional areas. Ingram will be moving into a new role within the company. Giles’ brand leadership experience has spanned packaged goods, fashion, publishing, personal care and healthcare, including on such global businesses as Unilever, Philips Consumer Lifestyle, Kimberly-Clark, Mars, and Levi Strauss. As leader of the Nestle business based in London, she will be responsible for managing the McCann Worldgroup agency teams in over 50 markets around the world, working across McCann, Momentum, MRM//McCann, Casanova//McCann and other McCann Worldgroup agencies. 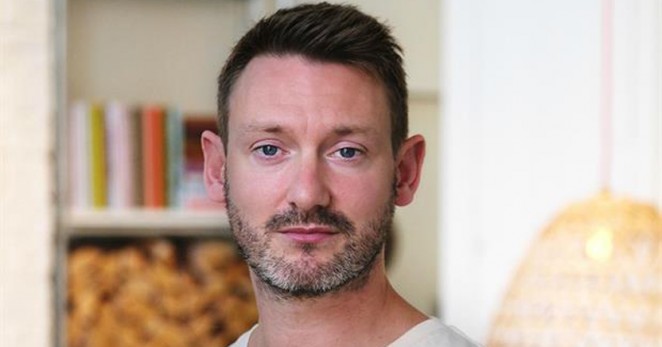 Global brand experience agency Jack Morton Worldwide has appointed award-winning creative Christopher Butler as the new Director of Content Studio. The appointment is effective immediately. Based in the agency’s London office, Christopher will be leading Jack Morton’s content marketing offering. Christopher joins Jack Morton from Gyro, London, where he held the role of head of film and creative content. With more than 13 years’ experience in the industry, Christopher is an award-winning writer and director and has taken lead creative roles with agencies including Iris London, CDP-Travissully and Warl London. During this period, he has worked with a large portfolio of brands including Dunhill, Lucky Stripe, Adidas, Shell, P&G, Bacardi and Sony Ericsson. 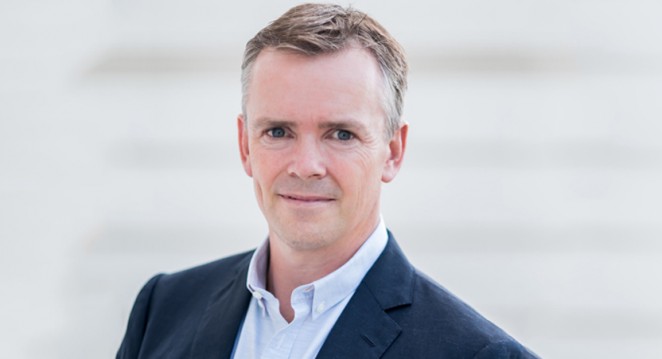 M&C Saatchi has announced that Richard Morewood is to be appointed as Chief Executive Officer of Asia. The five Offices are Singapore, New Delhi, Tokyo, Shanghai and Kuala Lumpur. Each Office follows the M&C Saatchi model of owner/managers with the senior team having equity in their businesses. Morewood will focus on driving existing and new business – national, regional and global. Morewood is returning to M&C Saatchi having previously worked at the London and Sydney Offices; he was responsible for a number of high profile clients including PC World, Woolworths and David Jones. At M&C Saatchi Sydney, Morewood also had a specific responsibility for talent, focusing on recruitment, resourcing, training and development. Recently Morewood spent five years at DDB, he was responsible for the McDonald’s account across APAC & MEA and Unilever (Walls & Lipton) across North Asia, SEA and Australia. Before his time at DDB, Morewood also held senior roles at Bates UK and Mother London. 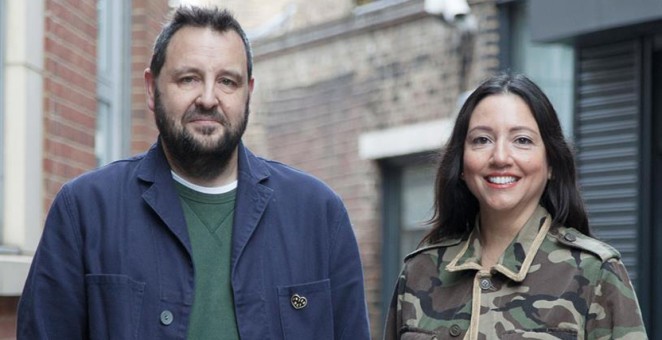 BETC London has announced the appointment of leading strategist and writer Russell Davies as Chief Strategy Officer. He will be part of BETC London’s management team in January 2017, working alongside Executive Creative Director Rosie Bardales and a soon to be appointed Managing Director. Davies joins the agency from an interim role as CEO of digital charity Doteveryone. He brings twenty-five years of experience working for companies like Nike, Apple, Microsoft, Honda, W+K and R\GA, and is the only person to have won both an APG Creative Planning Award Gold and a D&AD Black Pencil. Davies will work with BETC London brand partners, which include Cow & Gate, GANT, Air France and the newly added Coty account, as well as contributing to the BETC network. 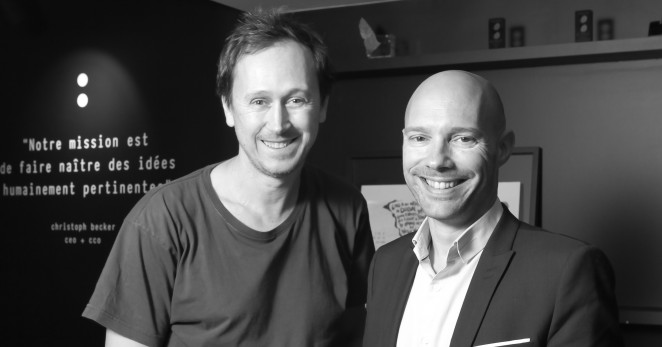 gyro Paris has announced its new management team and office. These important changes are a direct result of gyro Paris’ strong business and creative success. The changes also come as the new gyro Paris has become a part of the Dentsu Aegis Network to create the first fully integrated, global B2People powerhouse. Effective immediately, gyro Paris will now be led by a new management team consisting of General Manager Nathaël Duboc and Executive Creative Director/General Manager Sébastien Zanini. gyro Paris President Didier Stora is leaving this month to pursue other projects. With more than 15 years of advertising agency and management experience, Duboc is poised to lead the charge at this important office after leading the business development of the agency. He was previously Deputy Managing Director & Partner at independent shop Ailleurs Exactement, and held account management roles at Hemisphere Droit (Havas Group). Zanini has earned consistent, award-winning success throughout his career. He has won at nearly every major award show (Cannes Lions, Effies, One Show and Club des DA) working on important brands like Volkswagen, Sony, Audi, Fnac, Mondelez, Nivea Men, and Oxford. Prior to gyro, Zanini held stints at FCB Paris, BBDO and DDB Paris. The team, which is rapidly expanding, recently relocated to an upscale new office located at 8 rue de l’Hôtel de Ville, 92200 Neuilly-sur-Seine. The new office is 100% gyro style, combining an industrial touch, co-working spaces and open office. And since gyro has an unconventional DNA, the entrance is made through a large kitchen space, which creates immediately a “like home” feeling allowing human shared moments and open discussion. 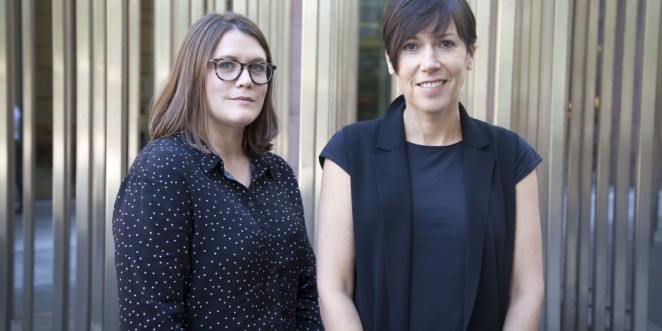 Digital performance agency iProspect has continued its recent investment in expanding its digital team with the appointed of Felicity Long to the role of Managing Director for London. Long joins iProspect from sister media agency Carat where, as head of digital, she led and developed a team of 35 specialists serving local and global clients. In her new role, which is expected to start by the end of the year, Long will work closely with iProspect's existing leadership team and will report to Stefan Bardega. Dentsu Aegis Network also recently announced the promotion of Ruth Stubbs to Global President of iProspect, effective immediately, joining the global Brand Board and assuming responsibility for the iProspect network globally from Singapore. She will work alongside a senior global team in Asia, UK, EMEA and the US. Stubbs has been with the business since 2011 as CEO of iProspect Asia Pacific, and will take over from Ben Wood who left the business in August this year. As President, Ruth will be responsible for the global iProspecgit proposition, business growth strategy and the development of focused initiatives and workstreams supported by the Dentsu Aegis operating model, with over 3,800 people in 52 markets and 83 offices around the world. iProspect will announce a successor to lead the business in Asia Pacific in the coming months. 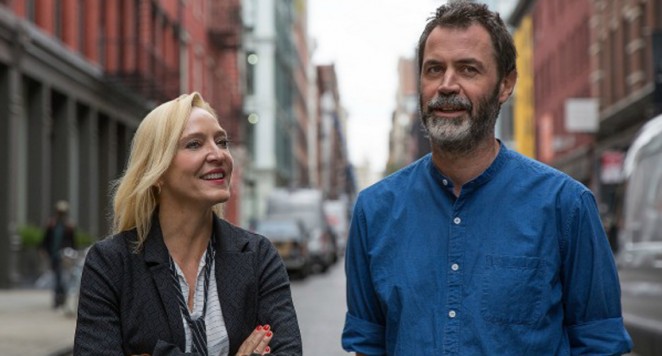 MPC New York has added two new senior-level talents as it staffs up to handle a surge in new assignments. Kathrin Lausch has joined as Head of New Business Development to focus on the growing area of client-direct work and Nick Haynes joins as EP to lead VFX work as the studio responds to continued growth. A seasoned production executive, Lausch was most recently EP at the New York office of Ntropic. She brings two decades of experience as an EP to her new position at MPC, having worked with a roster of production and post companies that includes B-Reel, Partizan Entertainment and Compass Films, among others. A native of Germany with advanced degrees in law and marketing, Lausch has owned and managed her own companies as well as run multinational production projects for advertising and entertainment clients during her career. Haynes has deep roots in the New York post production and VFX arena, having moved to the city from London in 2002 to help launch the first US office of The Mill. In his ten years with the company he held a range of production and management positions that corresponded with its growth and expansion. After leaving The Mill he joined Absolute Post as General Manager and EP, where he helped build its New York office and supervised sales, VFX, motion graphic and design work as well as sales. 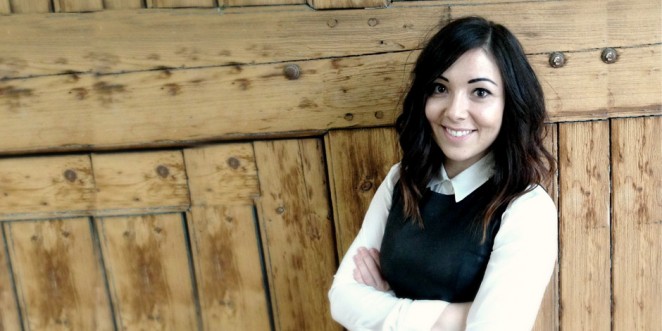 Clemenger BBDO Melbourne has hired Stefanie DiGianvincenzo as Creative Director, CRM, this follows the arrival of Gayle While, head of CRM, who joined earlier this year. DiGianvincenzo started her career at Clemenger BBDO Proximity working under Australia's most awarded creative leader in direct - Tan Gout Nee. Departing Australia, DiGianvincenzo worked in London for leading UK agencies Wunderman and AKQA, most recently as creative lead for Nike Women globally. DiGianvincenzo has been awarded at every major awards show and was chosen by the Cannes Lions Festival as one of 12 female creative leaders from around the world to take part in its first See It Be It program. She has judged at a number of international awards, most recently sitting on the Direct jury for the D&AD Awards.