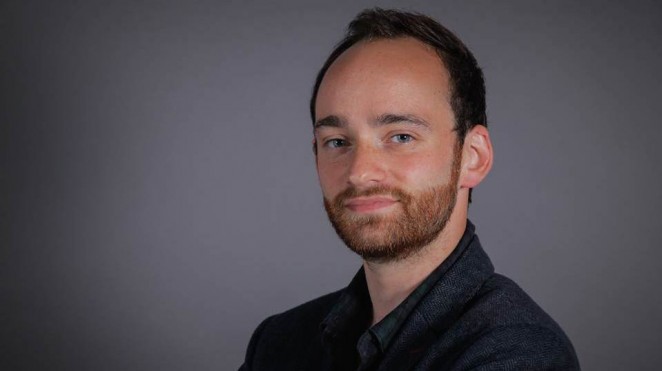 London-based global brand consultancy Industry has appointed Dominic Zammit as its first Head of Digital. Zammit will be responsible for Industry’s digital output, leading on strategy, content and delivery for clients across a range of sectors. A digital strategist with a specialist background in the professional services sector, he has previously worked with international law firms Clyde & Co, DAC Beachcroft and Norton Rose Fulbright, promoting best practice and overseeing all digital assets. He has advised businesses across six continents and is a regular contributor to trade magazines and marketing press. 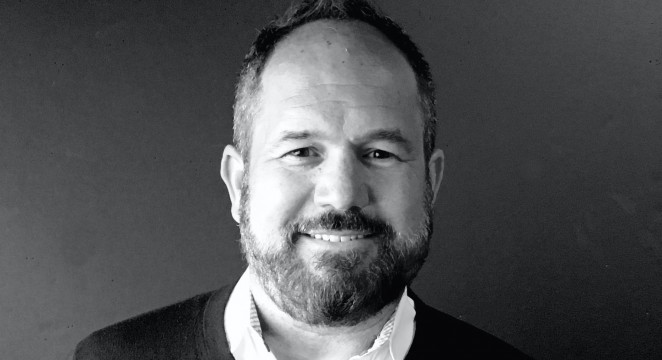 Santa Monica agency Supermoon, which counts Jessica Alba‘s The Honest Company, Ancestry, Custom Ink, and Campbell’s Fresh/Bolthouse Farms among its clients, has hired Deutsch LA veteran Kyle Acquistapace as President and Managing Partner. He joins founding partners CEO Amir Haque, ECD David DeRoma, Director of Strategy Jill Burgeson, and Group Account Director Nicole Rowett at the agency. The latter three are also Deutsch veterans. Acquistapace spent sixteen years with Deutsch LA, including serving as partner, director of media and data strategy from June of 2006 through last September. He originally joined the agency seven years earlier and served as executive vice president, group media director during that period, working with clients including Mitsubishi and Expedia. Acquistapace has also served as an adjunct professor at the University of Southern California for the past nine years. 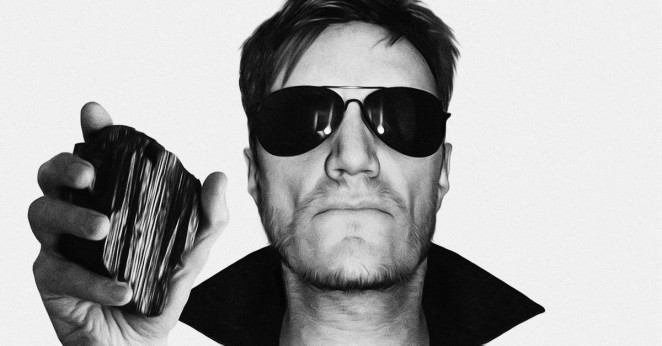 FCB Chicago continued to expand its creative department this week by hiring Kevin Grady as Senior Vice President, Executive Creative Director. His hiring preceded that of Chief Creative Officer Liz Taylor, who began her new gig as leader of the Chicago office this week. Prior to joining FCB, Grady spent two years as a Global ECD at design-focused New York agency Siegel+Gale and several years in Boston, where he was Design Director with IDEO. He helped rebrand that company’s corporate identity after serving as SVP and Director of Design at Mullen. Grady’s best-known work may be the Grammy-nominated “Singing Cowboy” campaign that CP+B made for anti-smoking group truth, but he also helped design the FDA’s new “modernised” nutrition facts label, which Michelle Obama introduced to the public at the White House. Beyond the agency world, he founded and edited two pop culture publications called Lemon and Gum, collaborating with musicians such as David Bowie, Daft Punk and Sonic Youth as well as author Ray Bradbury over the past decade. Grady also records dark electronic music under the name Black Plastic. 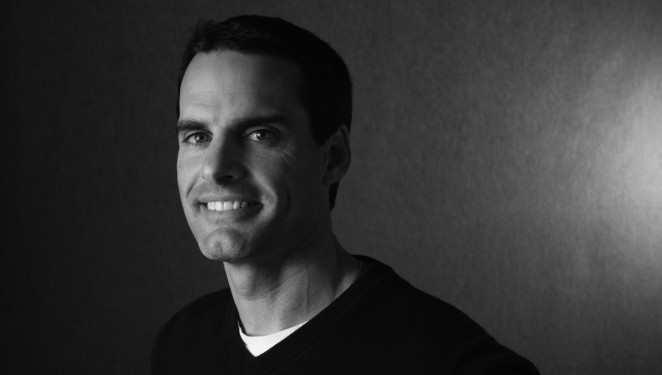 Zimmerman Advertising has hired Bryan Sweeney as its new Executive Vice President of Integrated Content Production. He is the first person to hold that title. Sweeney joins Zimmerman following nearly fourteen years with Boston-based agency Hill Holliday. Most recently, he served as EVP, Director of Creative Production, beginning at the start of 2013, overseeing content production, broadcast, digital and print. Sweeney joined Hill Holliday in December of 2002, following over two years as Vice President, Executive Producer Group Head at Arnold Worldwide in Boston. Prior to that he spent ten years as Vice President, Executive Producer at DDB Chicago. Over the course of his career he has worked with clients including McDonald’s, Anheuser-Busch, MLB, Bank of America and Cadillac. 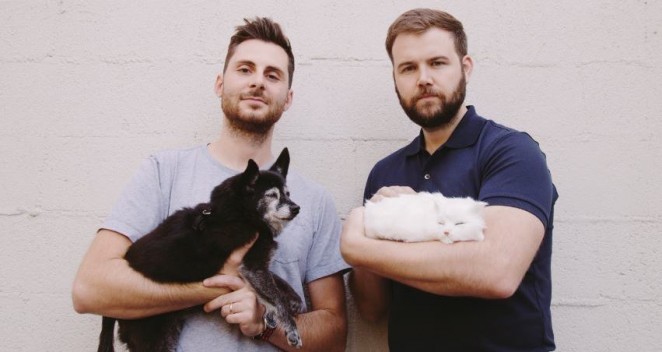 The Californian independent agency Zambezi has named Ben George and Nick Rodgers as its two newest Creative Directors this week, promoting the ACDs who led the shop’s winning pitches for the Autotrader and Kelley Blue Book accounts. The two first began working together when Zambezi brought copywriter George onboard from Saatchi & Saatchi LA to work with Rodgers on the TaylorMade Golf account. After winning the Cox brands, the two then collaborated to lead the recent, millennial-themed campaign for Autotrader, which involved Instagram influencer executions and Olympics tie-ins and, of course, dating trends. Prior to writing copy for Toyota at Saatchi, George worked for CP+B Boulder (Burger King, Sprite, VW). Rodgers held Art Director/Junior Art Director positions at Dailey and GS&P, where he contributed to the Sprint, Sonic, and Cheetos accounts, among others. 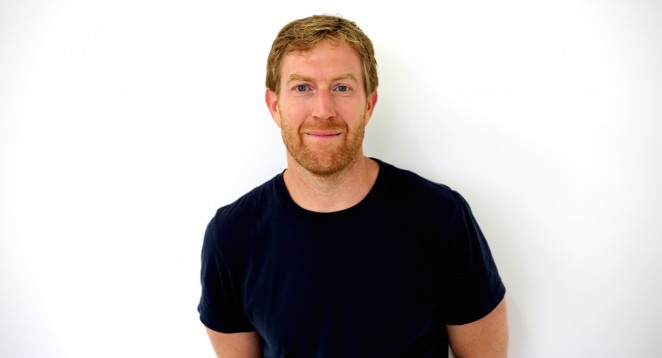 DAVID Miami has announced Jon Carlaw as the agency’s newest Director of Strategic Planning. He will be responsible for executing creative media and communication strategies for the agency’s brand clients, including Coke, Kraft-Heinz and Burger King. With over 18 years of experience in advertising under his belt, Jon is an expert in crafting successful digital media strategies, cross-functional marketing, branding and more for clients across the entertainment, software, consumer packaged goods, automotive and retail industries. Prior to DAVID Miami, Jon served as Communications Strategy Director at W+K Portland for nine years, working with Electronic Arts, Target, Coca Cola, Ubisoft and Fiat-Chrysler. At CP+B, he held the Media Planning Supervisor role working with brands including MINI Cooper, among others. He also held media positions at Intermark Group, FCB Chicago and Ogilvy & Mather.

Camp + King has added three talented individuals to its staff: Ami Fox, Pete Scanlon and Caitlin Russell. Fox is Brand Supervisor on Camp + King’s Sling TV account as well as other agency projects. She has previous experience at agencies Havas, Razorfish and Swirl and has worked with a variety of brands including Walmart, Burt's Bees, PayPal, Best Buy and Citibank. Fox reports to Dana Rabb. Scanlon is the agency’s newest Strategist and is working primarily with the Sling TV and UGG for Men brands. He reports to Ciaran Rogers, Director of Strategy. Scanlon joined Camp + King from Jack Morton Worldwide’s San Francisco office, where he led creative strategy on experiences for Google, Samsung and Facebook, among others. He started his career at Arnold in Boston, where he worked on the Carnival Cruise Lines business. Russell is Brand Manager on the RE/MAX and UGG for Men accounts. She has experience in both account management and brand strategy and spent time at agencies Mortar, FCB and Noise13 before joining the Camp+King team. Her client roster spans “anything and everything,” including the energy, technology, finance, education, grocery, and clothing industries. Russell reports to Emily Dillow, Account Airector. 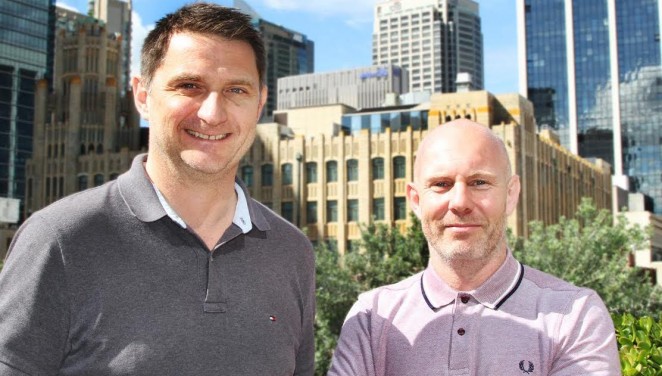 Havas Media has announced further growth of its commercial operations as it continues its ANZ expansion. John Lynch joins the team in the newly created role of National Investment Director, building on the agency's dedicated investment expertise. Lynch will be tasked with evolving the Havas Media commercial capabilities across core media and non-media client product portfolio, including technology services, content and programmatic. Lynch will operate across all group media brands including Havas Media, Havas Sports and Entertainment and Arena Media. Lynch will also focus on emerging areas of growth in line with Havas' significant commitment to content services, through partnerships, including those with Vivendi businesses. Lynch will report into James Zipeure, who has been promoted to the newly created role of Chief Operating Officer, the first for Havas Media Group, Australia. His remit will cover all operational and commercial day-to-day delivery across the Havas Media Group, as well as an expanding role across the wider Havas Village group of companies. In his past two years with Havas Media, Zipeure has helped define a new approach for media investment strategy and delivery as well as pioneering a new commercial model for clients. Additionally, he has been at the forefront of driving a number of changes at the agency, setting up divisions in programmatic, social, mobile, performance, data, content along with the recently launched Havas Sports and Entertainment division. 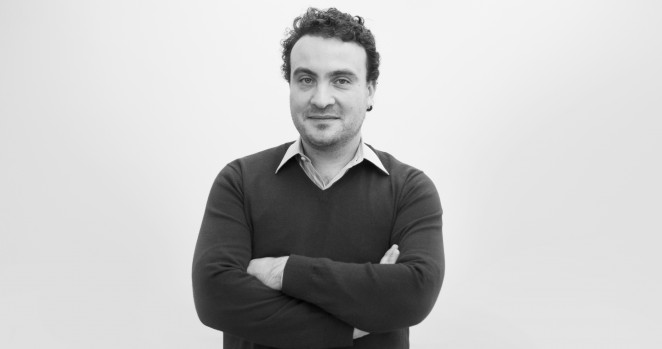 Joan Creative has named Alex Kalluf as Chief Data Officer. In his new role, Kalluf will oversee data and market practices for the agency and their clients. Based in New York, Kalluf will work with Jaime Robinson, Chief Creative Officer and Lisa Clunie, Chief Executive Officer to help shape Joan’s data analytics practice and overall approaches to irregular thinking. Kalluf joins the agency from Figliulo and Partners, where he led research strategy and analytics. Prior to that, he worked with GroupM where he managed mix modelling projects for major advertisers including Amazon and Mazda. Kalluf was also at Millward Brown where he led research projects for global brands such as Coca-Cola, Intuit, and Unilever. Kalluf is an author and frequent media commentator and speaker. 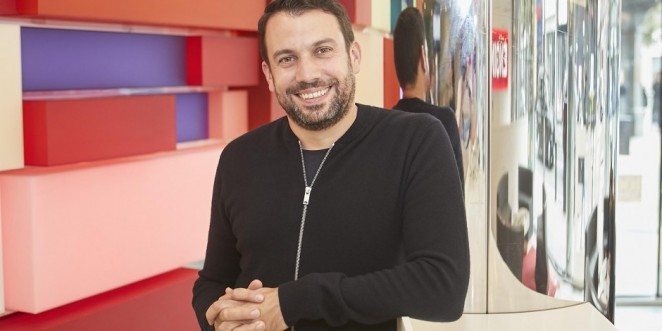 Engine has poached M&C Saatchi's Sport & Entertainment Deputy Managing Director Dave Roberts to run its content and entertainment arm, Trailer Park London, as Managing Director. With over 20 years in the industry, Roberts leaves M&C Saatchi after eight year, during which he worked with brands including Spotify, Reebok and Samsung to name a few. Roberts joins Trailer Park just seven months after it set-up in London, expanding from its Hollywood heartland. So far the agency has worked with entertainment studios including Warner Bros and Disney including brands such as Apple, Youtube and PepsiCo.