Tomb Raider fans left to dangle from a billboard by McCann

Just when you thought video game inspired out of home advertising activations couldn't get more inventive (see my earlier post on Fallout 4's OOH activity HERE), McCann London only go and strap 8 maniacs to a billboard to promote a Tomb Raider game. It's a campaign that not only begs the question; “How far are people willing to go for a free holiday?” but; “Where is there left to go from here?” 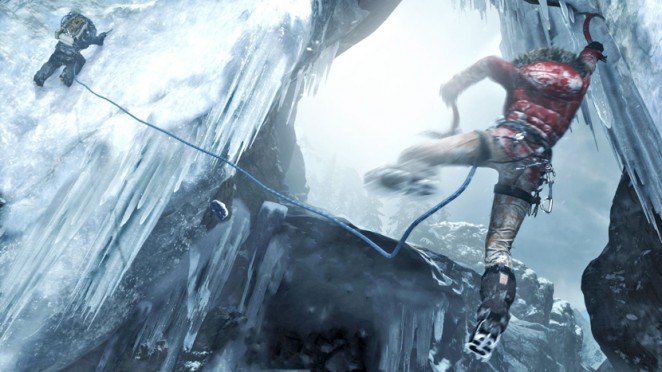 To mark the launch of Rise of the Tomb Raider, eight committed Tomb Raider fans were tasked with surviving 24 hours on a billboard on London's Southwark Street 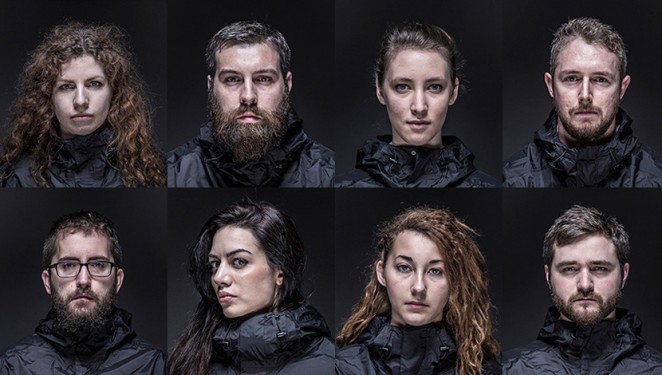 Anyone who came of age in the 1990's undoubtedly has fond memories of Tomb Raider and its iconic heroine Lara Coft, but her star has faded in recent years. That was until the franchise was given a token gritty rebook from Crystal Dynamics a few years ago, and the preposterously proportioned Croft of old was cast aside in favour of a more realistic model facing a more realistic set of challenges. It was actually a pretty incredibly game, and it really put the titular raider through the wringer, so this crazy competition is actually rather apt, especially considering the fact that the new Xbox exclusive game, “Rise of the Tomb Raider,” (released today) looks set to up the ante even further when it comes to the environmental anguish thrust upon Miss Croft.

The competition rules were as follows: To mark the launch of the new game, eight committed Tomb Raider fans were tasked with surviving 24 hours on a billboard on London's Southwark Street, whilst being subjected to the harshest weather conditions, as voted for by the public (who we all know are generally raging sadists). From 1pm yesterday, viewers could watch the contestants fight against the elements, inspired by the critically-acclaimed latest instalment of the franchise, which is set in Siberia. They were also able to vote on the weather conditions which the competitors were subjected to, including arctic cold, intense wind, wild snowstorms and sudden heat. The whole thing was streamed live on the bespoke Survival Billboard website (through the streaming service Twitch), and it was pretty brutal. 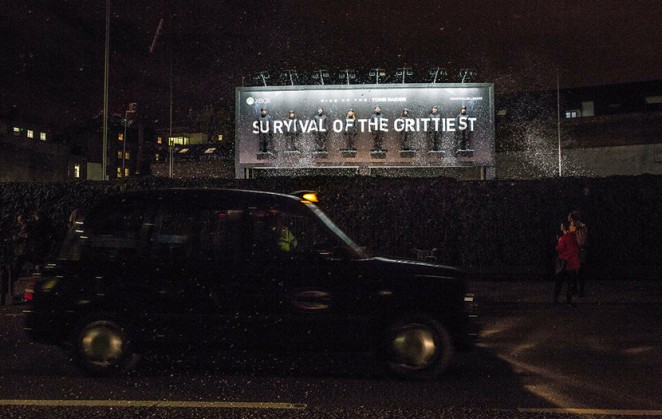 Out of thousands of applicants, eight brave people earned themselves a spot on the billboard, including ultimate Tomb Raider fan Jade Jolie 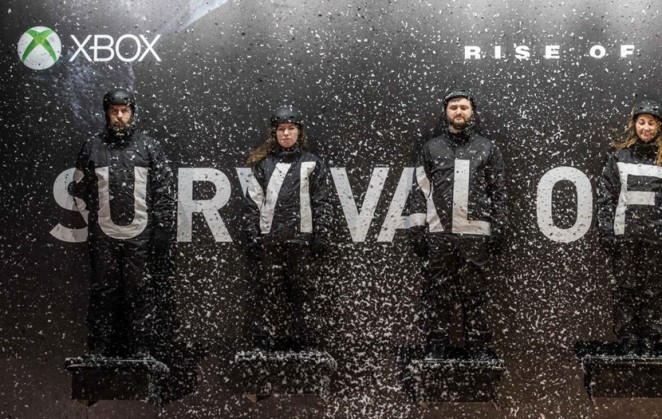 Out of thousands of applicants, eight brave (or daft depending on your opinion) people earned themselves a spot on the billboard, including survivalists and fans from across the UK, alongside the ultimate Tomb Raider fan (and professional game streamer) Jade Jolie. The last person standing won a trip inspired by Tomb Raider, with the opportunity to explore deep jungles, traverse vast deserts and relax in some of the world's most exotic places. It's worth noting that Jolie also took part in the “Escape from Siberia” event (above), which sent a team of Youtube stars off to Siberia to see if they could hack it in the wilderness.

Escape from Siberia – Real Life Rise of the Tomb Raider

The campaign was created by m:united and McCann London, with live event organisation by Momentum London, and production by CRAFT London. The website was created by m:united and MRM, and there was media backing for the campaign by EMT and consumer PR by Edelman. I watched the spectacle myself for a few minutes last night and, whilst I enjoyed the sheer madness of it all, I also found myself wondering what would happen if one of them needed to use the toilet? I'm not sure I'd last 24 minutes, let alone 24 hours! At the time of writing (around 1AM), there are currently 7 people still up, with only Jolie leaving the contest after around 7 hours, after being told by medics there was a serious risk of hypothermia. So now I feel bad for voting for the snowstorm! 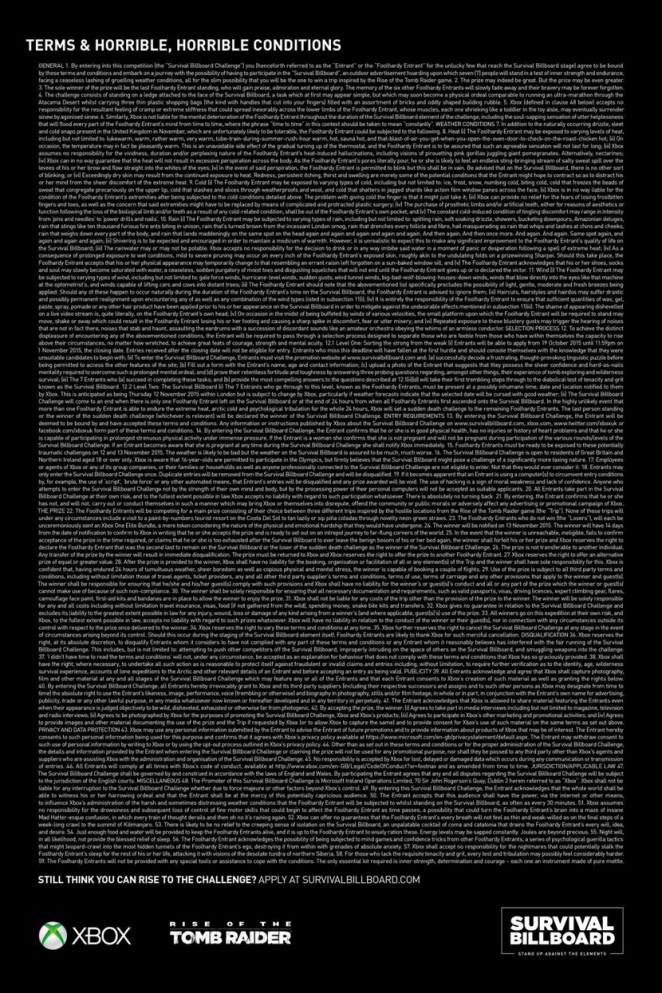 Cooly. Why do all the blokes have beards?