As someone who actually owns a 3D printing pen, but struggled to even create a decent stick figure after hours of turmoil, this recent development certainly impressed me, but also left me feeling more than a little bit lacklustre. A group of University of Tokyo students overseen by architect Kengo Kuma, have developed a 3D printing pen that can be used to create complex architectural structures out of plastic sticks. 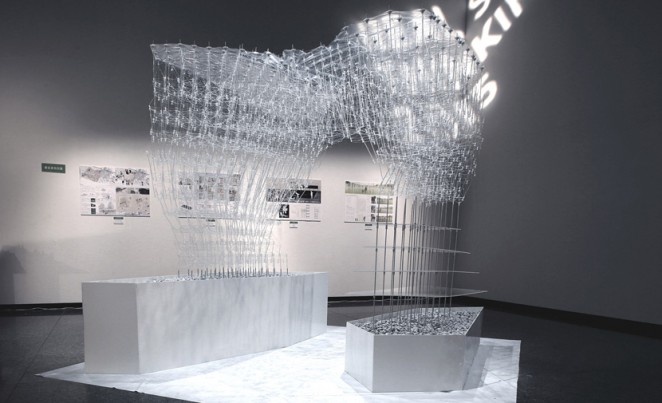 The constructions are formed when a user manually prints out strings of thermoplastic filament guided by a digital tracking system. The strings bond with acrylic rods, creating forms that have solid structural stability in tension and strength in compression, therefore making the structures more durable than most 3D printed forms, but also allowing each user to adopt their own preferences during creation. 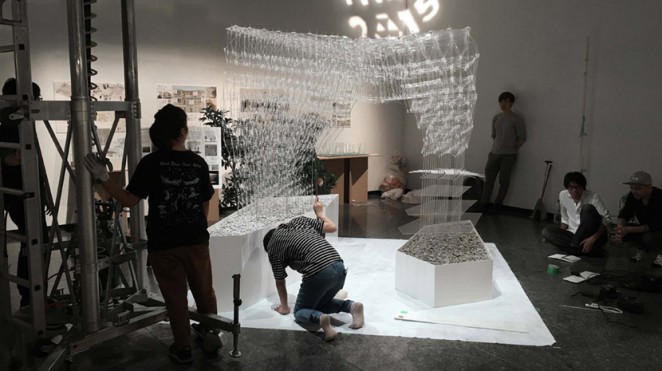 Kevin Clement, a member of the design team, believes the technology could help to prove that human instinct still has a role to play in digital construction technologies. Clement and his team are part of the University of Tokyo's Obuchi Laboratory, led by former Architectural Association course director Yusuke Obuchi as part of the Global 30 Architecture and Urbanism programme.

The wider programme is overseen by Kuma, who also runs his own research laboratory. But the lead tutor for this project was Toshi Kiuchi. The largest structure built by the team so far is a small pavilion on show at the Ozone Gallery in Shinjuku, northwest Tokyo. To build it, they used the 3D-tracking system to calculate the precise positions of the sticks in realtime, helping to guide the user holding the 3D printing pen. 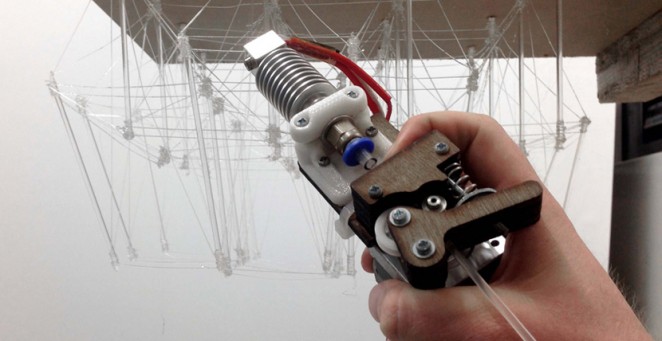 Strings are emitted from the pen as the user squeezes the trigger. Initially these strings are hot, vicious and sticky, but they cool to become more like a slightly bendy clear plastic. The pen can be used to construct much bigger forms than conventional 3D printers, which can only produce objects of an equivalent size, and its nature also makes more complicated and unique forms possible. The structures are intended to be temporary, lasting only about nine months currently, but they can be strengthened with extra strings, helping to reinforce weak areas, and can be adapted at later dates to suit new functions. 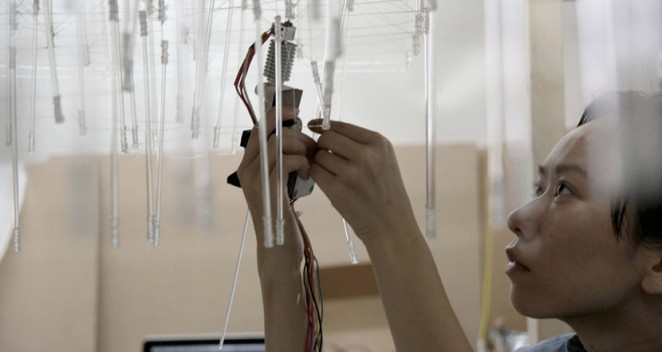 Clement said of the dazzling technology and thought processes behind the pen: “Technology has traditionally been used to automate and replace human labour. The issue with this approach is that it fails to take advantage of human intuition during fabrication. We believe our approach can bridge the current dichotomy between machine and human-made production. 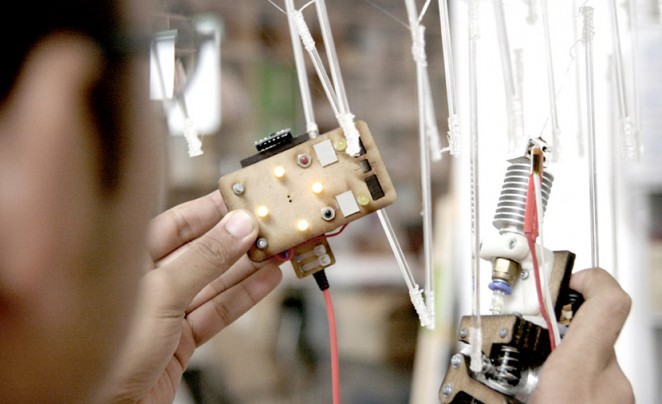 What makes this system interesting for us is that the shape can be modified to match different site conditions, and it is simple to add or subtract members to the construct, allowing it to grow and adapt to user preferences. The ease of drawing together the members means that anyone can participate in the process of making complex forms at full scale. Large-scale printers make architectural-scale 3D printing possible but at large expense, requiring huge gantries and controlled conditions. This means there's not much ability for this method to be adaptable to on-site construction processes.”

The pens used by the team so far comprise aluminium rods inserted into a pre-drilled sheet of plywood. For the latest prototype, these have been concealed beneath a bed of stones, but could also be covered with bark or plants. The designers now want to explore the possibilities of democratising the fabrication process, ideally by inviting the public to adapt and extend a structure. They also want to test durability in different weather conditions so there's a slim chance the technology might end up making its way across the pond to our notoriously wet and windy isle. 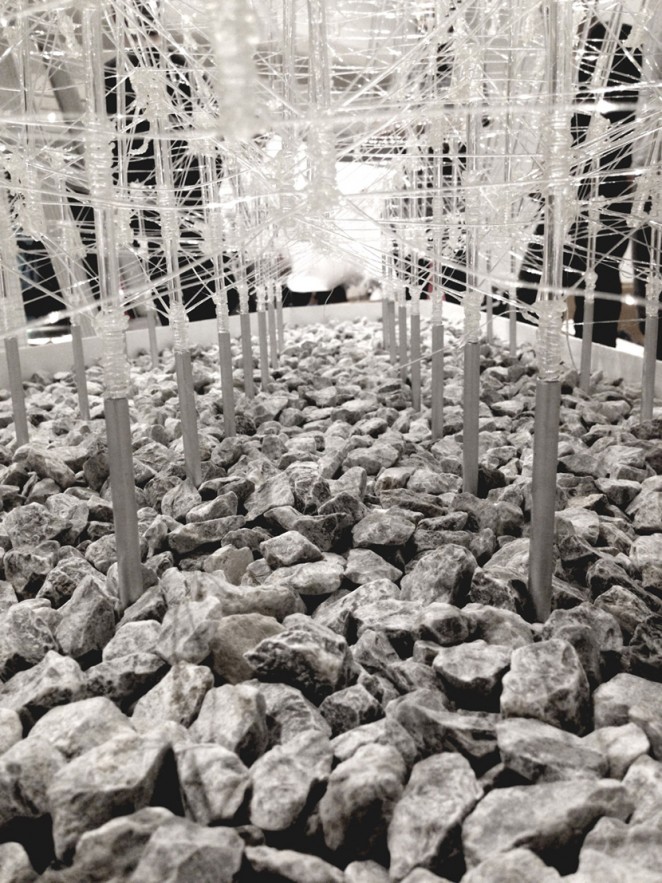 Benjamin Hiorns is a freelance writer and struggling musician from Kidderminster in the UK, who has been inspired to get his 3D pen out this evening. Wish him luck!