With Cannes Lions closing its doors last Friday, we asked five creative leaders, to share their thoughts on this year’s Cannes Lions. They will also be speaking at ‘Creative Stories…from Cannes’ 18 July for a more in-depth overview of the festival.

Which piece of work made you think ‘F**k me that’s good!’?

‘The Game That Never Was’ for Blu Radio by Grey Colombia Bogota. It has within it two of the most prominent themes that emerged in this year’s show of work. A piece of audio that had been crafted through technology and wasn’t constrained by restrictions of a ‘typical’ media 30” spot. 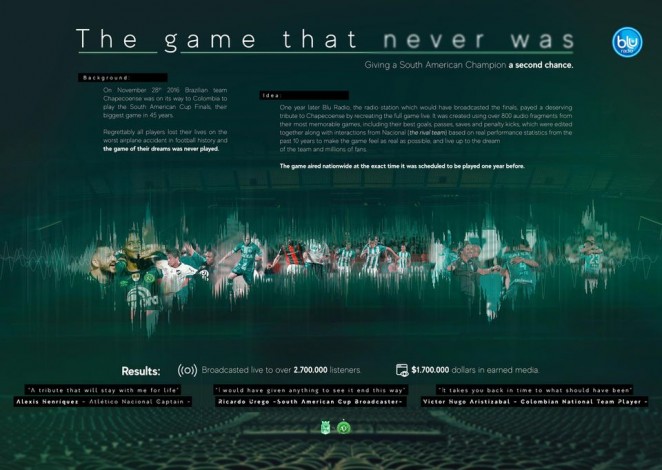 LADBible’s ‘Trash Isles’ by AMV BBDO is a magnificently simple piece of thinking that just stops you in your tracks. You had me at ‘declare it a country’.

‘Nothing Beats a Londoner’ for Nike by Wieden+Kennedy London. ‘Nothing Beats a Londoner’ basically just kills me, and mostly because it’s so unapologetically not for me. I loved how immediately and how perfectly it landed with its target audience while everyone else was like ‘I’m not sure I’m really feeling this’. It also nailed the media strategy — I think Jeremy Ettinghausen wrote about content that’s made ‘of’ the internet rather than ‘for’ the internet, and this campaign feels as though it’s been built with exactly that in mind.

We spent a lot of time talking about how amazing Trash Isles is while we were in Cannes. It’s just a phenomenally clever idea that was executed well, got important people involved who have now pledged to do something about ocean waste. This was especially amazing to us since we’d taken to the stage to discuss how we measure the effectiveness of purpose lead advertising. Should we be aiming for more than measuring sales uplift? Yes, and Trash Isles had done just that by having a genuine societal objective which they delivered against in a really impressive way.

The best part of the @KFC Twitter account only following 11 Herbs and Spices is that they didn’t tell anyone. Just waited for the Internet to discover it on their own. LOL. It won a Silver PR Lion and a Bronze in the new Social & Influencer Lions. 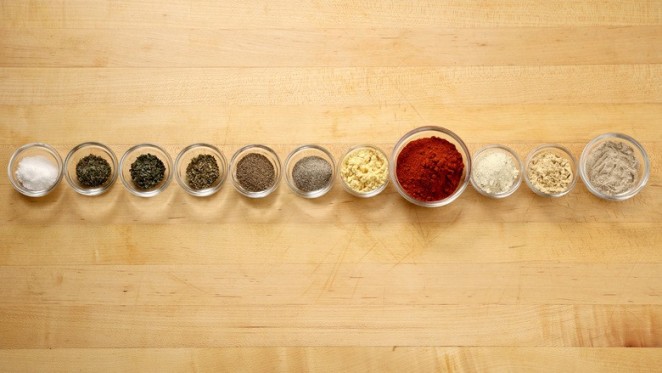 I loved LadBible’s Trash Isles. The perfect combination of a topic in the zeitgeist, showing ethical brand values and managing to execute the creative in a viral form. Well deserved the Grand Prix.

Which piece of work most surprised you?

There were a lot of rectal examinations. Which wasn’t surprising. In a non-visual medium, they tend to feature quite prominently, this is what surprised me.

VO: Prostate cancer is the most common malignant tumour in adult men.

After the age of 50, you should have a yearly check-up, like I do, and ignore the taboo.

The examination is not painful, doesn’t cause any discomfort and takes just a few seconds.

Actually, I was able to make this commercial as they examined me, and nobody even noticed.

Check it out on the Argentine Society of Urology fanpage.

A yearly check-up can save your life.

AC: Shell ‘#makethefuture’ by JWT London. It seems other people are also, less convincingly, trying to save the planet. On my first trip to the Cannes website I was greeted with news of a campaign from Shell and JWT. They’ve got together to make a single bus route run on old coffee grinds. I’m not sure how much of Shells other ‘activities’ this is really going to offset. A barefaced attempt at greenwashing?

KD: ‘Bodyform Blood Normal’ by AMV BBDO. The really surprising thing about this is how long it’s taken us to wake up to — and face up to — the negative impact that our weird sense of societal shame over periods has had on women. In terms of the potential impact this could have, this has to be one of the more significant campaigns of the last ten years.

SM: We were most stunned by ‘Prescribed to Death’ for the National Safety Council by Energy BBDO Chicago mainly because we were so shocked a campaign like this needs to exist. Being from the UK we were pretty naive about the scale of the opioid issue in the States but this campaign taught us something, it demonstrated the scale and depth of the problem but it also gave sufferers tangible ways to prevent addiction. A beautiful, emotional piece, followed up with behavioural tools to help. The perfect campaign!

KC: Bihor Couture by McCann: Gold Lion in the Low Budget High Impact PR Lion category. Not surprised, so much as delight. Love this fashion world David and Goliath story of a small community fighting back against cultural appropriation. 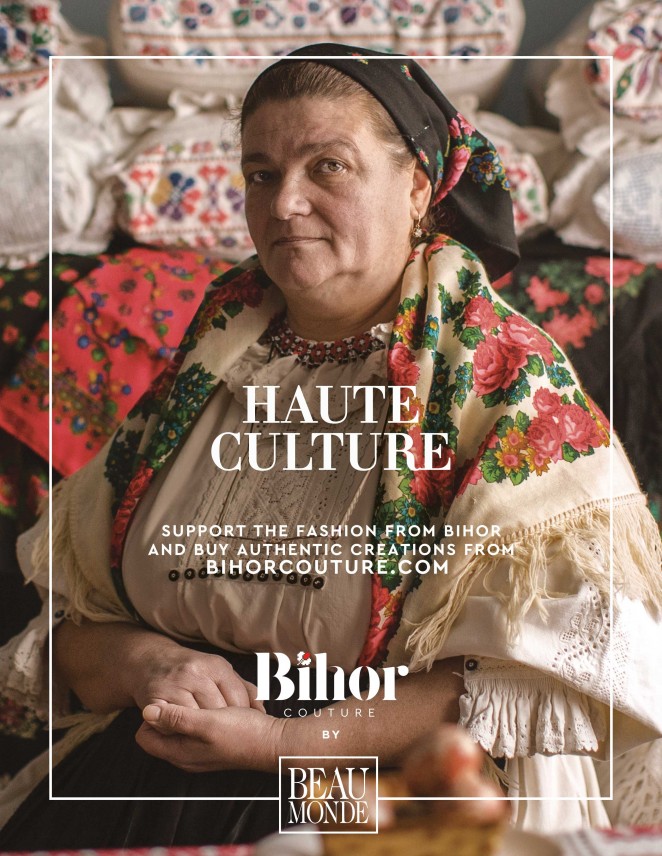 MH: The careful curation of music lineups at every event I went to. Brands seem to be thinking very carefully about the atmosphere they want to create, the market they want to hit and, ultimately, the perception they want to give through their music offering.

Which trend got you the most excited?

JM: The Radio & Audio category really seems to be widening — that’s the trend that excited me most.

Audio really can go anywhere. The medium has evolved from traditional radio spots and creatives are released from the restrictions of a media plan. Our Grand Prix winner, ‘Soccer Song for Change’ for AB INBEV, Carling Black Label by Ogilvy Cape Town was an idea that lived beyond the medium. It stood for social change and progressed our category well beyond what is expected. 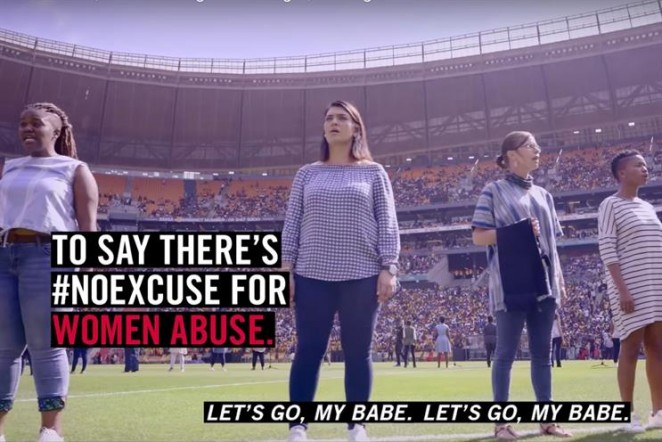 AC: Perhaps not most excited, but most interested. A large number of the big winners in the New Social & Influencers category are films and reasonably long ones at that. And yet Facebook insist that nothing over 6 seconds in length can be successful on their platform. Interesting times.

KD: Voice/audio. Can’t imagine I’ll be alone in feeling fascinated by some of the projects featured at Cannes that point towards the rise of voice…From the unbelievable feel good factor of ALS ‘Project Revoice’ to the resonance of ‘JFK Unsilenced’, and the Louvre’s ‘Highway Gallery’. it feels as though we’re starting to see how audio is beginning to be reframed thanks to technology. My favourite example of all though is ‘Google My Line’, the Columbia Ministry of Communications & Technology’s initiative to bring the internet to parts of the country where feature phones are still the norm. The combination of legacy tech with leading edge voice tech is one of the most striking illustrations of how voice might filter into society in ways and places that don’t necessarily feel that obvious yet.

SM: 47% of Gold and Grand Prix Lions winners last year were purpose lead campaigns so I’m pleased to say that trend is not going away. However, something new that is emerging is the desire we have as an industry to understand the societal impact we’re having. I saw a lot of talks on the program around creative effectiveness and it seems like a natural progression for us to want to raise our own bar and try to make real, quantifiable changes to the world. To us, that is incredibly exciting.

KC: “Tears are not enough” was a saying we coined in the PR Lions jury room. With so many cases addressing serious issues — gun violence, child marriage, racism — the trend I am most excited about is Action Over Awareness. ‘Trash Isles’, the PR and Design Grand Prix, isn’t fighting plastic pollution with a TV commercial, but by creating a whole new country.

MH: We’re seeing more and more brands wear their heart on their sleeve and pursue more ethical and compassionate marketing campaigns, typified by the Ladbible Trash Isles campaign and again UNDP is another great example.

If you are interested in hearing more, join these five creative leaders at ‘Creative Stories…from Cannes’ on 18th July between 5.00–9.00pm. It’s your slice of Cannes Lions right here in London. Final tickets HERE