The Muppets follow in Sylvester Stallone's footsteps for Warburtons

I love The Muppets. Three of the movies sit easily in my top 50 of all time, “Rainbow Connection” still brings me to tears almost every time I hear it, and I even managed to sit through the woeful display that was “Muppets from Space” without tearing my eyeballs from their sockets. This livelong love affair with Jim Henson's fluffy creations had been almost impossible to legitimise throughout my teens and early twenties, but the franchise has finally made a triumphant return into pop culture thanks to a genuinely wonderful new film in 2011 (and a less wonderful follow-up) and the recently rebooted TV series. So whilst I was pleased to see Kermit and the gang pop up during the ad breaks on ITV over the weekend, I wasn't surprised, as The Muppets have always been advertising gold. I was slightly surprised, however, to see them flogging Warburtons bread.

The Muppets star in an ambitious new campaign for Warburtons, following the brand's campaign from earlier this year, which starred Sylvester Stallone 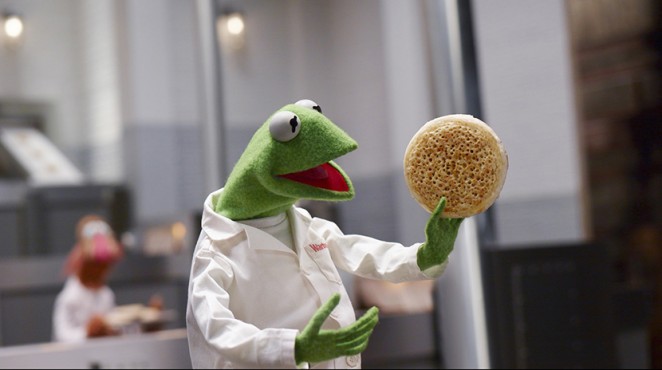 Of course, I shouldn't have been too shocked, as the brand hasn't exactly been shy when it comes to spending money on blockbuster campaigns of late. Earlier this year, the bread makers launched “The Deliverers,” a campaign that starred none other than 80's action icon Sylvester Stallone. The Muppets, however, are a much more natural fit for the brand, and the 120-second “Giant Crumpet Show” spot really manages to tap into what makes the characters, and the world they inhabit, so irresistible. The campaign from WCRS is part of a large £25 million integrated, through the line approach, which toasts the launch of Warburtons’ first-to-market Giant Crumpets range, and got off to a grand start on Saturday night (November 14) during The X Factor.

The ad begins with Muppet leader Kermit the Frog barging his way into Jonathan Warburton’s office with an idea to celebrate the launch of the brand’s new Giant Crumpets. The “Giant Crumpet Show” stars all the Muppets’ best loved characters, including Kermit, The Swedish Chef, Fozzie Bear, Statler and Waldorf, Sweetums and of course the unstoppable Miss Piggy, and unlike the modern, documentary-styled slant given to the current TV reimagining, the vibe is classic Muppet Show chaos. It's all very endearing, though hearing Gonzo singing about Coronation Street was a little too bizarre for my liking.

The campaign from WCRS is part of a £25 million integrated, through the line approach, which toasts the launch of Warburtons’ Giant Crumpets range 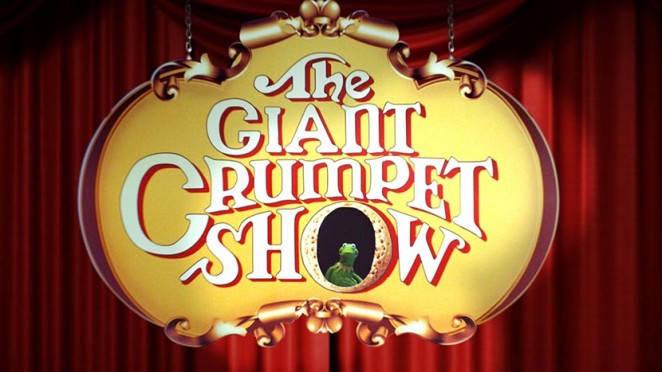 Hot out of the oven following The Deliverers, the latest crumpet crazy campaign will be the second high profile talent partnership for the family baker this year, reflecting their confidence and future focus in the category. The Giant Crumpet extravaganza was directed by Muppet regular Kirk Thatcher and Declan Lowney of Another Film Company. Art Direction and Copywriting was led by WCRS creatives Andy Lee and Jonny Porthouse.

Jonathan Warburton, Chairman of Warburtons said: “Since our standard crumpets first landed on shelves, they have been a firm favourite with families and are now a number one selling product across the UK. We knew the only way to make them better was to make them bigger, and what better way to rise to the challenge than with a Warburtons Giant Crumpets spectacular featuring the larger than life Muppets!” Billy Faithfull, Executive Creative Director at WCRS, added: “Something magical happens when you hear the opening bars of the classic The Muppet Show Theme Song or hear Kermit's voice. They evoke a kind of nostalgic, homely delight in the cockles unlike anything else. Except, perhaps, the smell and taste of hot buttered Warburtons Giant Crumpets. If it doesn't draw a smile, you might want to see a doctor of some sort.”

“It’s the thickest and fluffiest production we’ve ever done, and no Giant Crumpets were harmed during the making of this advert” Kermit the Frog 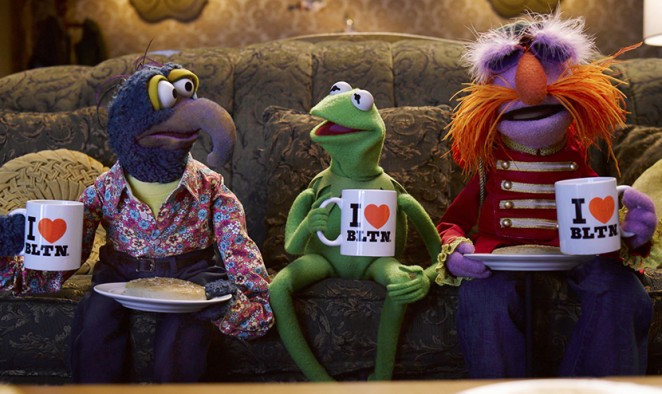 The press release also featured a statement from Mr The Frog, who said: “It’s the thickest and fluffiest production we’ve ever done. We held nothing back, and I’m proud to say no Giant Crumpets were harmed during the making of this advert.” Classic Kermit. Jim would be proud I'm sure.

The Giant Crumpet Show: Behind the Scenes