Make your own BB8!

How to make your own BB8

With some generic household materials, a few spare bits of electronic gear and a decent amount of spare time you can build your own phone-controlled BB8 droid for around $120. Angelo Casimiro breaks down the process on his TechBuilder YouTube channel and goes into further detail in a more in-depth how-to article. According to Casimiro, the project started as a Christmas present for his dad, because in his home (the Philippines) the Sphero BB8 cost over $200. Casimiro figured since he had experience building robots, he could build a life-sized version of the Sphero BB8 for around $100. As far as electronics go, you'll need an Arduino UNO board, a Pololu driver, as well as a small module to communicate with your smartphone. A few more common items for the project include a lot of glue, canvas, and a beach ball. Think you have what it takes? Feel free to post us your results!

The Week in Drones

The 3D Robotics Solo is a drone that flies itself, meaning anyone who was put off drone ownership can now get in on the action, for a cost. 3D Robotics wanted to make capturing epic video and photos a breeze for the uninitiated, and to achieve this, they gave its Solo drone the ability to have both its camera and flight automated, though you can still fly manually if you want. There are four automated modes: Cable Cam, Orbit, Follow, and Selfie. Cable Cam lets you program a flight path for the drone by framing the shots and linking them together, Orbit lets the Solo orbit around a specific point, Follow mode tracks your phone’s GPS location, and Selfie mode is exactly what you think it is. The 3DR Solo starts at $999 for just the drone, but the $1,399 version comes with the GoPro gimbal to help stabilise your shots. A lot of money for a drone (and you’ll still need to provide your own GoPro and smartphone to use as a controller) but it's undeniably nifty!

In related, but far more niche news, this week we learned of the official Drone Racing League, which is deadly serious about turning the art of drone racing into a legitimate sport. These are not just any drones though, in fact with speeds of up to 120 miles per hour, these modified drones are designed to be completely differently beasts to their camera-carrying counterparts. DRL will be holding an actual racing series beginning on February 22. The race season will last five races, after which a world champion will be crowned. The first race of the season will take place in Miami’s Sun Life Stadium, and DRL is creating a bespoke hybrid indoor-outdoor track for its drone pilots to navigate. Drone Racing League CEO, Nicholas Horbaczewski, said: “We look at what eSports is doing and say, you know, there’s a lot of different ways this could evolve, there’s a lot of different business models for this.” A fair point, as we'd much rather rather this than a bunch of sweaty blokes playing League of Legends! Drivers even use VR goggles to see from the perspective of their drones, so it's pretty exciting stuff. There's plenty of crashes too! racers will be pushed to navigate tight courses without the full peripheral vision of normal sight. Spectators can watch the race from their seats, but the more compelling option is to watch from the first person perspective of the drone pilots. Might want to bring a sick bucket with you though! 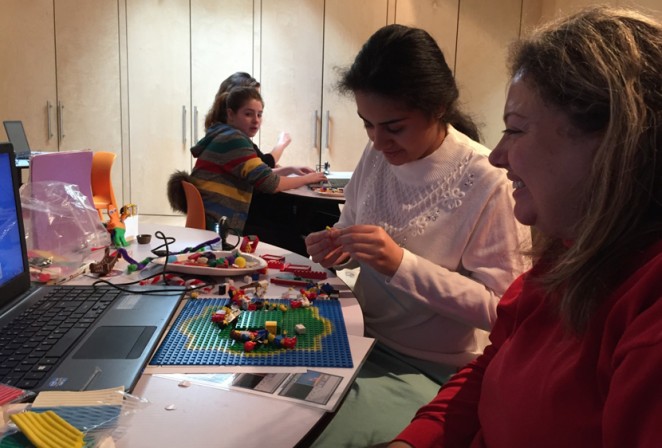 Spring Forward is a month-long event for women working in digital, and this year it will focus on building confidence amongst female coders. The event, now in its third year, takes place across two venues in Brighton in March, coinciding with Women’s History Month. It will showcase 10 events ranging from hands-on workshops in programming and stop-motion animation, to talks and motivational speeches on achieving career success. With sessions like Pixels & Prosecco, Spring Forward is also trying to create a relaxed atmosphere for women in digital to meet and engage with one another. The festival had 450 attendees last year, and is expecting more than 500 in 2016. Additions to the current programme will be announced nearer the time on the official Spring Forward website.

“A big issue with programming in particular is that it’s a male-dominated, and sometimes vicious environment”

Spring Forward Co-Founder Viviana Doctorovich said the festival aims to be an umbrella event, that will give more visibility to women working in digital sectors such as programming, stop-motion animation, user experience, design and gaming. She said: “A big issue with programming in particular is that it’s a male-dominated, and sometimes vicious environment. This year, we’re trying to build leadership skills, confidence and business-thinking. We realised last year that to attract women to technology events, they need to be designed differently. We found that women were more interested in learning towards a specific goal, so we’ve changed the format. Rather than learning to build games in general or learning JavaScript, it’s about learning how to build a specific game.” 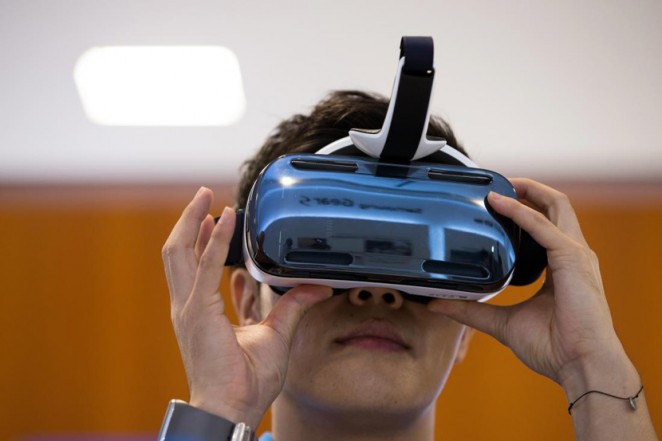 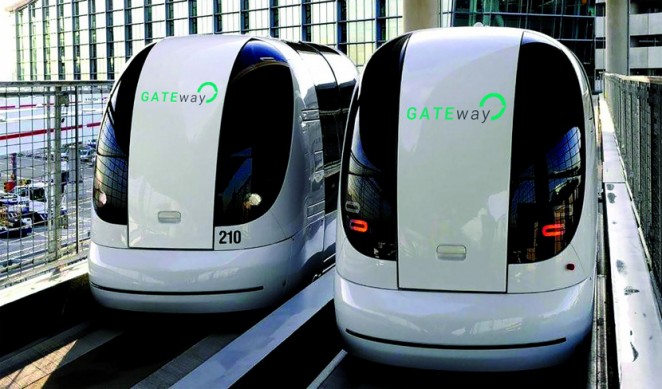 Driverless cars are set to hit the streets of London this summer, with automated pods undergoing a trial run in Greenwich as part of the GATEway (Greenwich Automated Transport Environment) project from TRL (Transport Research Laboratory), an £8 million project funded by Innovate UK and other industry bodies. This will be one of three trial period projects from GATEway, with the other two being self-parking, which would allow drivers to leave their cars while it autonomously finds a parking space, and deliveries. The trials are set to start this summer, on the Greenwich peninsula. Throughout the trial period, for which TLR are currently recruiting participants, the shuttles can carry up to six passengers each, and will also be wheelchair-compliant. The design of the pods will be led by Westfield Sportscars, and will be based on existing automated pods used to transport passengers at Heathrow airport, then adapted to meet road regulations.

“If the trials prove successful, we expect these iconic vehicles to become a familiar sight in many cities around the world”

Similarly styled Ultra PODs have been used at Heathrow’s Terminal 5 for five years, and have carried 1.5 million passengers. The transport system has removed 70,000 bus journeys from Heathrow roads and 100,000kg of carbon dioxide a year, says Heathrow Director of Engineering Steve Chambers. TRL has also partnered with Heathrow Enterprises on the project, which will complete the software engineering, and Oxbotica, which will control mapping, localisation and safety and perception features. The system will also include a cloud-based shuttle management system, complete with smartphone booking features, and monitoring and reporting. Nick Reed, Academy Director at TRL and technical director for GATEway, said: “If the trials prove successful, we expect these iconic vehicles to become a familiar sight in many cities around the world.” Rob Wallis, CEO at TRL, added: “The GATEway project will allow us to demonstrate new, innovative automated transport systems to drive safe, clean, efficient and flexible urban mobility.”

McDonald's rides the wave of the future 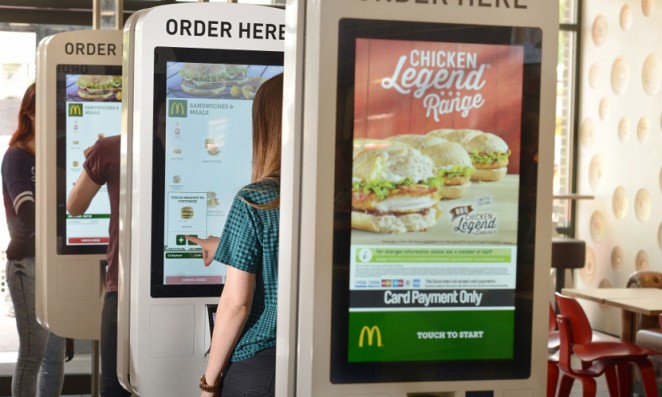 Whilst it might have seemed laughable to suggest only a few years ago, McDonald’s is in the process of not only introducing table service, but rolling-out its new Experience of the Future, tech-based restaurant concept, which it is crediting with helping to turn around the fortunes of the company. There are 14 UK restaurants trialling table service and 40 more are due to go live in the coming months, with 400 restaurants hoping to offer table service by the end of the year.

At these new restaurants, customers are able to order food at giant touch-screen terminals, and there have also been changes to the menus including the introduction of “Signature Collection” premium burgers, which can be cooked to customer specification. The store design also integrates tablets for general web browsing and wireless charging points for customers to charge their own mobile phones. McDonald’s was unable to confirm whether the concept was designed in-house or if design consultancies had been involved. The fresh store concept follows the recently overhauled packaging by Boxer, which was designed to be modern, progressive, simple and fresh.