Apple News of the Week

Apple’s design team is reportedly planning to ditch pens and sketchbooks in favour of the iPad and the recently released Apple Pencil according to the company’s chief design officer Sir Jony Ive. The Apple Pencil was released at the beginning of September alongside the new iPad Pro, and came as something of a surprise considering that Steve Jobs famously hated the idea of a stylus. In an interview with the Telegraph, Ive said: “Many of us in the design team have worked together for 20 plus years. We’ve always drawn in our sketchbooks, and for the first time I’m seeing people starting to use the iPad and Apple Pencil. Our personal experience has been that there are definitely affordances and opportunities now that you have a much more natural and intuitive environment to make marks, there are clearly things you can do sketching and writing on the iPad which you could never dream of doing in the analogue world.”

Given the tragic events that played out in Paris over the weekend, it's genuinely encouraging to write about initiatives such as Unicef's “Wearables for Good” design challenge, which prove that the western ideals ISIS and their cohorts are trying to eradicate with their senseless hatred, can be a genuine force for good in the world. The challenge, which launched back in May and was led by Unicef, design consultancy Frog and tech company Arm, encouraged designers to think about wearables as life-saving products rather than desirable gadgets. The winners of the challenge were announced this week. Both of the winning designs were Indian/US teams and will receive a $15,000 dollar prize and incubation and mentoring from the partners.

The Wearables for Good challenge was led by Unicef, design consultancy Frog and tech company Arm 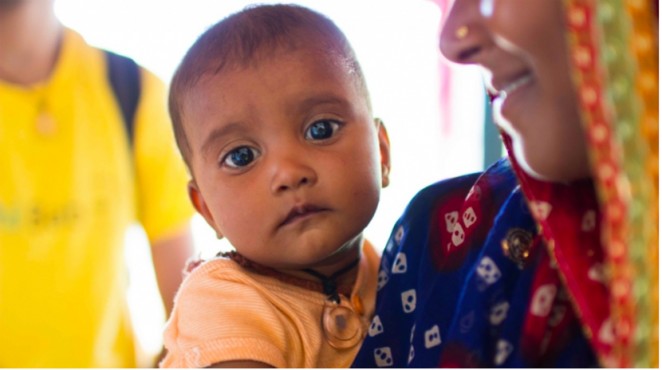 The Khushi Baby is a data-storing necklace that provides a two-year personal immunisation record for children. It uses Near Field Technology to send and receive information through a smartphone. Data is synced to a cloud and made available to medical officials. Ruchit Nagar, a designer on the Kushi Baby team, said: “The Kushi Baby system enables access to culturally appropriate wearable digital medical records, even in the most remote and isolated areas. We believe in tracking each child’s immunisation to the last mile, and we look to expand from monitoring the vaccination progress of 1,000 children in 100 villages to a larger beneficiary base in areas beyond India where our digital system can streamline access and delivery to health care.” 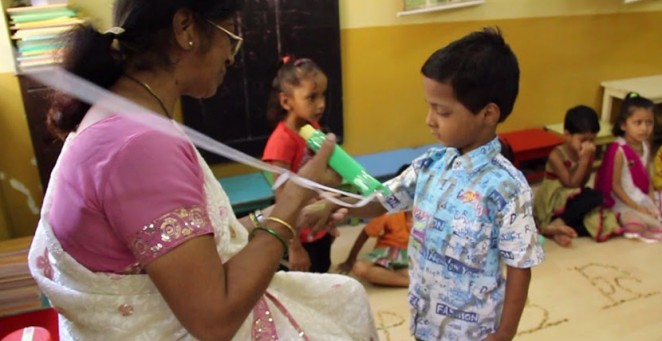 The SoaPen is a hygiene tool shaped as a soap crayon, which is designed to encourage hand-washing for children in third world countries aged 3-6. Teachers or parents can draw on a child’s hands with the pen to make hand washing more engaging, while also helping to prevent the spread of disease. Shubham Issar, a designer on the SoaPen team, said: “We believe that a serious problem can be solved through a simple and fun solution. Our focus is to reduce infant mortality rates and the spread of disease by promoting the habit of hand washing with soap among children. SoaPen taps into the power of the two directional awareness flow between adults and children all over the world, with the aim to reach as many hands as fast as possible.”

Is Google planning to build its own Smartphone? 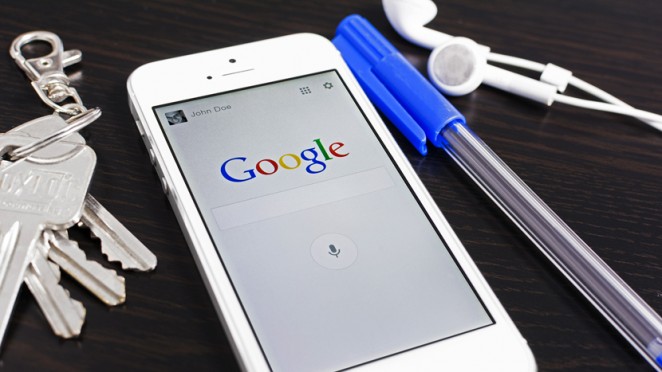 Google is reportedly discussing the idea of building its very own smartphone, which would be a logical move for the company in theory, but might put them at odds with their existing partners in the tech world. The company already sells Android phones in the form of its Nexus line of course, but they're previously always made in collaboration with hardware makers such as LG and Huawei. Should Google decide to go solo, they'd have complete control over everything related to the phone's development, including the hardware design, internal software and how it all works together. Google releasing its own smartphone would also see it competing with other phone makers, in addition to those that currently work on Android devices. It should be noted, however, that whatever talks are being had right now are nowhere near being final decisions. That being said, the company already has experience with building their own hardware, such as the Chromebook. But then again, the Chromebook is a piece of crap (IMHO). 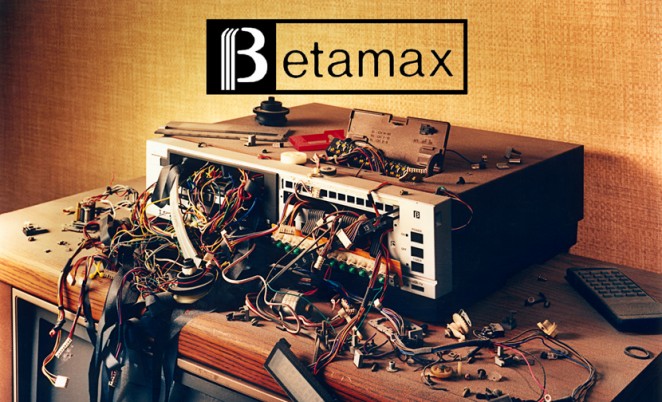 Almost 40 years since Sony first introduced the magnetic media for recording television programs, the company announced it will be retiring the Betamax format in March 2016. Of course the bigger news to come out of this is the fact that Sony has still been producing Betamax tapes for the last 30 years, in spite of the fact that the format was completely trounced in the 1980s by JVC's VHS format, which then gave way to DVDs. Sony made the announcement last week, stating that the March 2016 Betamax batch will make the final shipment of all Betamax memory media. The company was still producing Betamax video recorders as recently as 2002.

Almost 40 years since Sony first introduced it, the company announced it will be officially retiring the Betamax format in March 2016 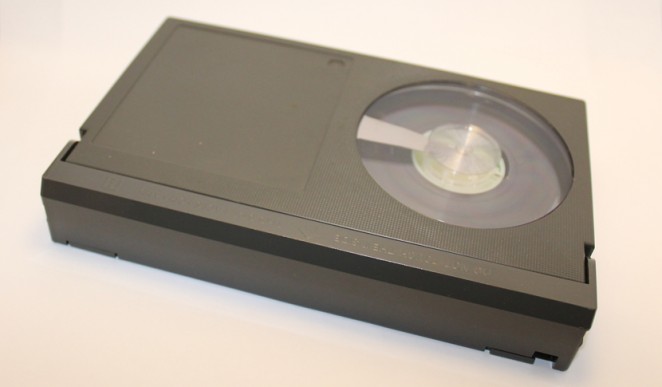 While Betamax was the first commercially viable recording media on the consumer scene in the mid-seventies, it was soon joined by VHS. The VHS format was cheaper and could hold more content. A Betamax tape was only capable of holding an hour's worth of programming, whereas the earliest VHS cassettes were capable of twice that amount. Purists were quick to point out the superior picture quality of the Betamax, but VHS was cheaper and could hold more, so it eventually won out in much the same way DVD triumphed over Laser Discs and Blu Ray triumphed over HD DVD. Of course, there are also stories that suggest VHS won out because the major porn companies favoured the format, but far be it from me to lay the blame at the feet of the smut peddlers (like shooting fish in a barrel.

Microsoft can read your emotions 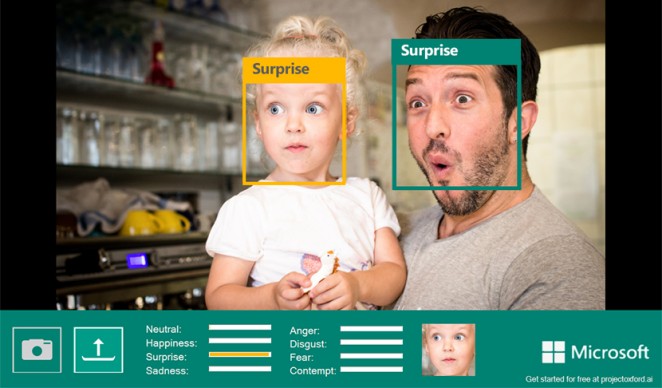 Microsoft has designed a webpage that tries to guess your emotions from a single image. The feelings the tool recognises at the moment are pretty limited (anger, contempt, disgust, fear, happiness, neutral, sadness, surprise), but it's still a pretty interesting tool with a no doubt incredibly complicated algorithm behind it that I couldn't even begin to understand. This isn’t the first time Microsoft has played the guessing game either. Back in April the company unveiled its facial recognition software that can work out how old you are. Known colloquially as the application program interface (API), these tools are to provide a starting point for how Microsoft software could be used to analyse large amounts of data quickly and (semi) accurately.