A vanity table optimised specifically for selfies and a rug that helps you avoid walking into walls while VR gaming were among the objects presented at this year's Milan Design Week by Singaporean designer Olivia Lee. They all formed part of her “Athena” collection of furniture and accessories, which aim to solve some of the problems created by the presence of new technology in our homes. Rather than incorporating technologies directly into the items, Lee wanted to create products that would be literally future-proof by virtue of being analogue. This means they wouldn't require software updates and could adapt to the variously sized future generations of devices. 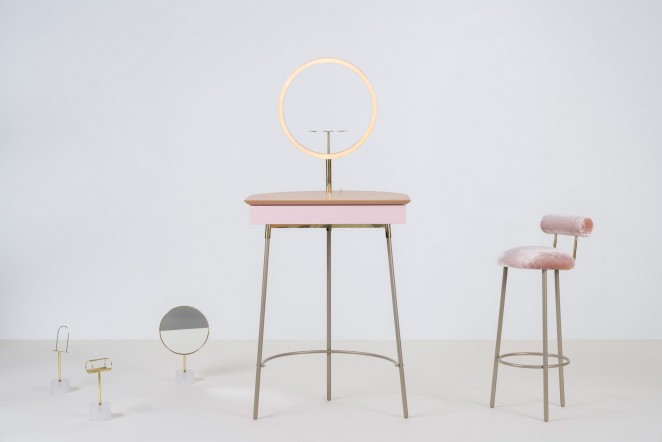 Olivia Lee said of the collection: “What I wanted to do was approach the idea of a smart home differently and to try to address the new rituals and the new normals of the digital lifestyle, but through a very analogue way. So all the furniture doesn't require any electronics. It's purely a revision and an evolution of familiar archetypes to keep up with our digital needs.” 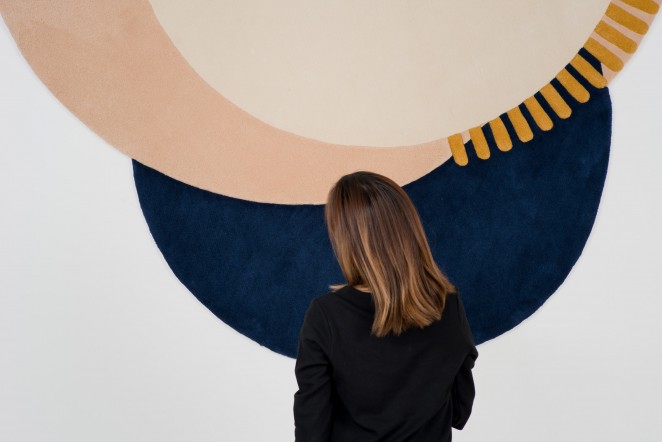 The Athena collection incorporates a vanity, rug, acoustic panel system and tray tables in various predominantly pastel shades. The largest piece, the Arena rug, is designed to foster virtual-reality gaming. Currently, gamers immersed in a virtual environment have little awareness of their physical positioning, meaning they can easily bump into walls or furniture. The rug is marked by a tactile pattern of sunburst-like ridges near its edges, so that people immersed in virtual environments can use their toes to gauge their whereabouts in a room. 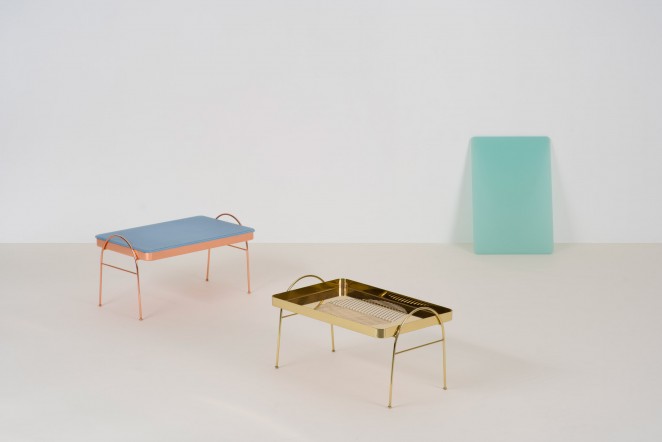 Of the growing need for VR friendly furniture, Lee added: “Virtual reality is becoming more of a norm in the home as a form of entertainment, but the home and the living room are not quite set up for this wandering in an aimless space. So the idea was to have these kinds of markers, which are a reference to those pattern markers you see on pedestrian crossings. It keeps you in the safe zone and you actually feel more secure when you're in the virtual environment. It's like a bridge between the digital and the physical.” 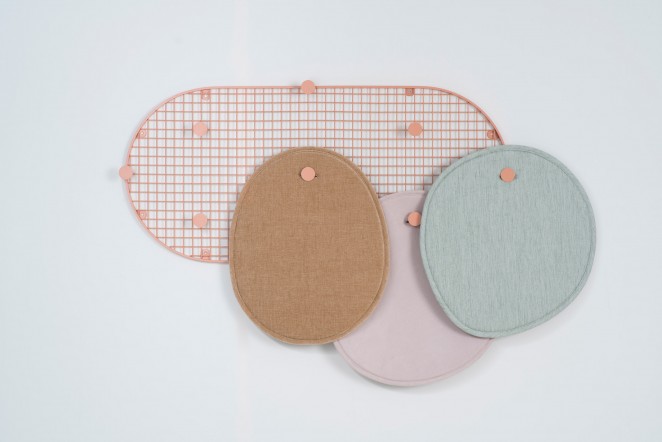 Another piece is the Alter vanity, designed to be used with a set of Sceptres table accessories. These small plinths have interchangeable tops; a mirror, smartphone holders and a “glorifier” for displaying personal possessions. The accessories cater to people who like to multitask while getting ready in the morning, allowing a person putting on their make-up to also (for example) watch the news, make a video call, watch a YouTube tutorial, or record their very own. The final pieces in the collection are the Emblem acoustic system of pebble-shaped foam panels, which are designed to be pulled from the wall for temporary seating during a party, and the Dais tray tables, which provide a work surface for people who like to work on their floors, sofas and beds without missing a beat. 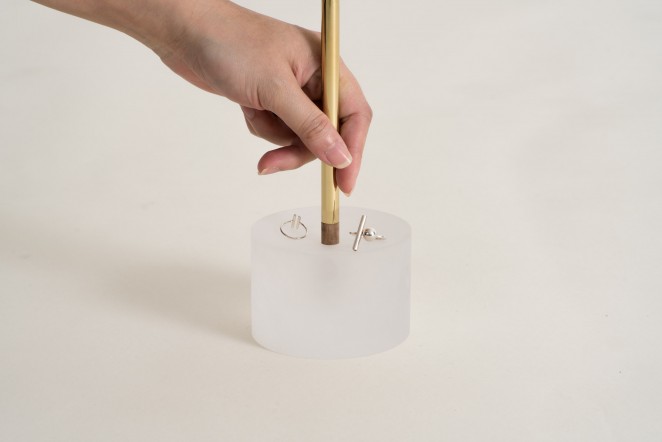 Lee is now based in Singapore after several years in London, where she studied product design at Central Saint Martins. Her previous work includes a sketch pad with grids based on the golden ratio, and a series of dolls modelled after famous designers.