The Freelancer Grind: Understanding your role as a freelancer

I'm Hashmukh and I’ve been a freelancer since 2013. I’m a motion designer and 3D illustrator working in advertising. I’ve had the privilege to work with a range of clients and brands, big and small.

Born and bred in east London, I’ve struggled to escape my tiny environment and head into the massive ocean of design and advertising. I’ve done the rounds and learnt a lot since then and that is the reason I have decided to put this little guide together to share some tips from my experience. As a creative individual, I truly believe in sharing your knowledge with other creatives, no matter who you are, where you are from, whatever your experience is, you can always teach something to someone.

The first step of freelancing is understanding your role as a freelancer. You will be required to perform a particular job that you are being hired for, and this, of course, has to be something you are actually good at.

So let’s find out what your title and role is. This is key for telling prospective clients who you are and what role they can have you fill in when needed. If you’re a motion designer, then say motion designer, if you’re an illustrator, then say illustrator... You get the point, right, but I’m telling you this because so many people like to add titles like art director, creative director, extra titles onto what they do.

Especially when you are starting out, I would really limit it to a title and skill set that you do best. As basic as this may sound, I have met so many juniors who totally get this wrong straight out of university. Find out what you want to do and sell as your service and go from there. Don’t get stuck in between titles because you feel you can do multiple jobs. Don’t be a jack of all trades, master of none. You have to show your speciality to something you are really strong at in the beginning and go from there. 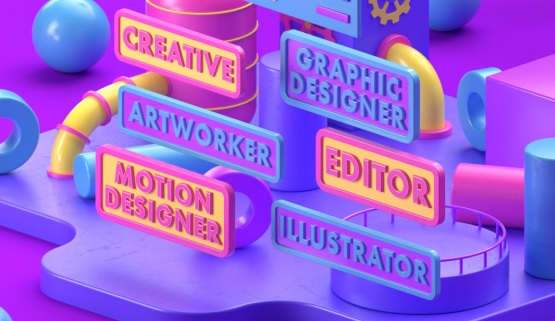 For example, I can edit, but I would never brand or sell my services to a client as an editor. An experienced editor can put a video together in a format that truly tells a story, cutting to music or VO. Whereas I’m a motion designer who can use editing software, there’s a major difference.

Freelancers are often called in to perform a task either the in-house team doesn’t have the capacity to take on, or because of a unique task you can perform. Therefore, you are an important part of any given project you work on. Take ownership over your title and role, make sure you’re confident in whatever it is you are saying you can do.

Early on in my career, I would do the whole “yeah, I can do that...” to everything that was thrown at me. I learnt the hard way this was wrong, saying yes to things I simply wasn’t great at meant I delivered sub-par work and it resulted in me not being hired on a project with that client again. Be honest, be transparent, and you can then always over deliver once on the job.

Extra tip: Still having issues picking a title? Is there a designer or creative you look up to and can relate with? See what they call themselves and see if it works for you.

In the next instalment of The Freelance Grind, I'll explain how to go about setting your rate so stay tuned.