What was the world's first lyric video? How was it born, and why was it important?

Lyric videos often do more than show you simple words on screen. They are creative pieces of motion capture and/or production, they capture the viewer's imagination and drag them along on a journey into the poetic energy of music. Few will know the true history of the lyric video, however, and how important it was for many musicians around the world. What we see now in the lyric video isn't necessarily what made them so strong in their golden age.

There certainly is a fascinating and interesting story to tell about the lyric video. We reached out to Lucy Dawkins, creative director at Yes Please Productions, to learn more about this unsung hero of creativity. 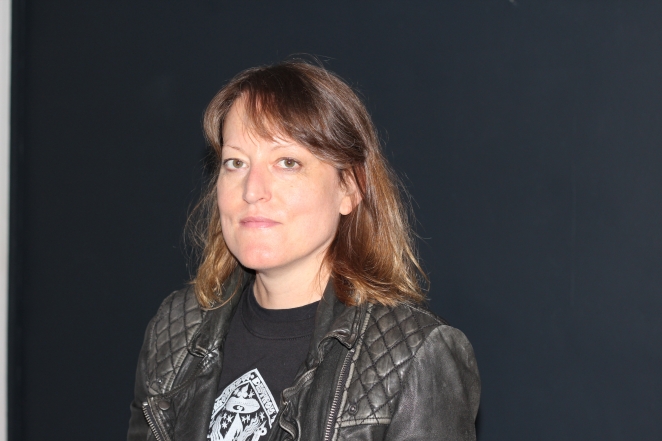 In succession, perhaps those words don’t mean anything to you. But to Bob Dylan, they meant an awful lot - they were the first five words on the cue cards he used for his Subterranean Homesick Blues video.

Released in March 1965, the promotional clip showed Dylan standing in a murky alley near London’s Savoy Hotel. In time with the music, he dropped each card he was holding, revealing the next relevant word. It was crude, but it was essentially the world’s first official - albeit incomplete - lyric video.

And much better than what Andrew Lincoln did in Love Actually.

Hand-drawn and dabbling with experimental typefaces, the video did more than just show you the lyrics to the song. You got a feel for Dylan’s overall aesthetic, his ethos as a workmanlike musician; you stole a glimpse into the record that Subterranean calls home, with Dylan releasing album number five, Bringing It All Back Home, two weeks later. It was his first LP to feature electric guitars. It was bold - a turning point.

And until recently, that was the only time people really praised the art of a lyric video. Prince’s Sign O’ The Times is an exception, as is George Michael’s Praying For Time - despite the latter, now thirty-one years old, looking very much like a Windows Movie Maker job with today’s critical eye. But these are exceptions to the rule, and served as a refreshing antidote to the excessive, overblown pomp of late eighties and early nineties music videos.

But with YouTube really kicking off in the late 2000s, the reputation of the lyric video has been tarnished and its worth devalued. Fans could easily upload their own ‘unofficial’ lyric videos to YouTube, so labels and bands responded with force. They created their own versions out of necessity, rather than an actual creative desire - they just needed to get something out there to call ‘official’, banking on the captive online audience.

They were rushed, and it showed - a heavy metal video might go in hard with the blood and fire, whereas a pop video would tie together bright colors and perhaps one key visual from the upcoming album. It looked cheap, because it was.

Increasingly, lyric videos became part of the music marketing mix, often coming hand in hand with the promise of a new record.

Many view them as lesser alternatives to ‘proper’ music videos - as if the artist didn’t have the time or energy to commit to a two-day shoot.

But the medium can be saved, if you want to raise the stakes and get all dramatic.

I’d never seen an official lyric video until 2017. Then we pitched for some work for the Rolling Stones.

Yes, that Rolling Stones. I had to reread it, too.

We got the job, and the first task was to create lyric videos for the entire track listing of their 1967 LP, Their Satanic Majesties Request. Bouncing off the album’s psychedelic vibe, we hunted through old materials, typefaces, photos and more from the time - we ended up making stop-motion inspired, vintage-style animation that had more in common with Terry Gilliam’s Monty Python cartoons than it did with three chords and the truth.

One track from that album, She’s A Rainbow, experienced something of a resurgence thanks to our lyric video - in part, at least. Off the back of that renewed interest, the song secured a seven-figure sync deal for ABKCO, the record label looking after that portion of the Stones’ back catalogue.

Not bad for some words on a screen, right?

This isn’t a condescending, ‘Here’s how you do it’ to anyone thinking about making lyric videos - a cease and desist adhering to a word-count.

Not at all. I love lyric videos, as long as they enhance the song and actually do something.

Because at the moment, nine in ten are formulaic and what viewers would probably describe as forgettable. They’re fine, but ultimately it’s just content for content’s sake.

When lyric videos are done right - like Dylan’s, or Prince’s, or Beck’s Wow from 2016  - they’re just as important as a print ad, billboard campaign or indeed an all-singing, all-dancing promotional music video.

They can, and should be seen as an extension of the artist and music.

Lucy Dawkins is the Creative Director at Yes Please Productions.