The British Music Experience (BME) museum, which first opened in 2009 at London Greenwich’s O2 building, but closed down in April last year, is set to reopen next year (Spring 2016) with brand new interiors at the Cunard Building in Liverpool, cementing the city's reputation as the home of rock and pop heritage in the UK. The non-profit museum is a unique attraction that takes the nostalgia seen in the Hard Rock Cafe chain and mixes it with some genuine historical relevance by showcasing a range of music memorabilia and artefacts in an effort to increase appreciation and education of the history and influence of music in Britain. 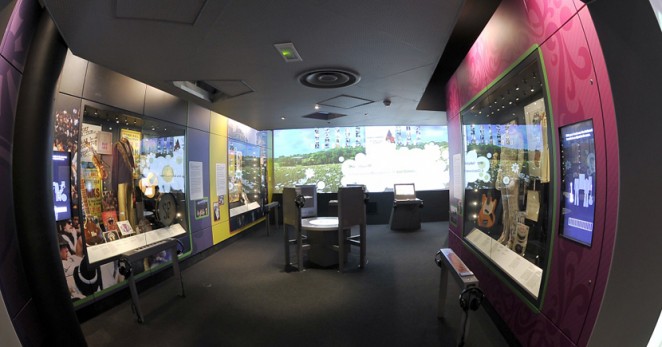 The museum will house more than 600 music archive items such as the original handwritten lyrics to Blue Monday by New Order and David Bowie’s infamously excessive Ziggy Stardust costumes. The Museum will also pay homage to the impact British music has had on the culture, fashion, art and politics of the time. The project is a joint venture between chairman of the BME Harvey Goldsmith and Liverpool City Council, with the Regional Growth Fund providing £2.6 million towards the cost. A design consultancy has not yet been appointed to the project, but the BME has begun the process of choosing one. The BME website is also currently being recreated so that it serves as a platform from which designers can submit their details for consideration on the project.

The new space will be more interactive than the previous attraction, with installations that will allow visitors to trace historic and era-defining moments and experience what it may have felt like to be part of them. An interactive studio will allow people to unleash the rock ‘n’ roll within them, whilst others can learn how to Vogue in the dance booth or perhaps flick through virtual record collections. Tablets and smartphones can also be used to unlock the display cases and listen to tracks by scanning certain artefacts.

The BME will also have a café and a shop providing a range of music and pop-culture related products at a range of price points and trendy retro music heritage merchandise, including a curated selection of vinyl records. Additionally, the BME will host Learning and Public Programmes to further enrich the experience and reach, through a range of events; from educational workshops for school children tied to the national curriculum, to master classes and gigs hosted by industry experts. It will also serve as a unique and engaging venue for corporate events and after parties.

The museum, which is expected to create 35 jobs, hopes to further increase tourism in the city and boost the local economy. Liverpool Mayor Joe Anderson said of the project: “This is a fantastic addition to the city’s existing attractions and it makes perfect sense that a museum which celebrates the importance of British music and its influence on society, has its home in Liverpool. The Cunard Building itself played a vital role in shaping the industry thanks to the music that travelled across the Atlantic by those travelling on the Cunard Vessels. Undoubtedly, BME will be hugely popular as music is a major cultural driving force in the city and I look forward to seeing the project taking shape over the forthcoming months.”

The museum is expected to create 35 jobs, further increasing tourism in the city and boosting the local economy 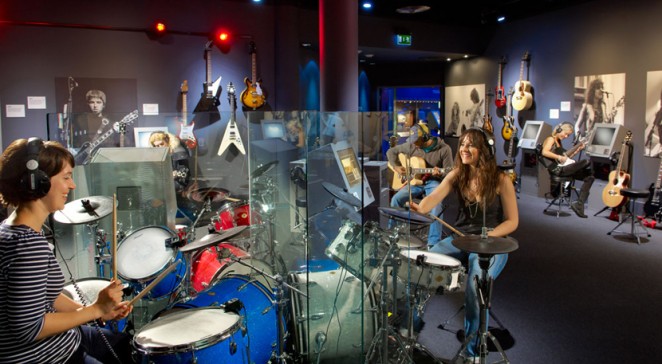 BME chairman Harvey Goldsmith added: “The trustees of the British Music Experience are thrilled to have partnered with the city of Liverpool and to have found a permanent home for the UK’s collection of rock and pop memorabilia and artefacts. The historic Cunard Building on the shores of the Mersey represents the perfect home. The transatlantic voyage and the back and forth shared between the UK and USA plays a significant role in the story the Museum tells. Liverpool is the natural home for the BME and we hope to enrich the city’s current music heritage offering and further solidify the city as a worldwide music heritage destination.”

The Brixton boys with ambition on the brain | #CompanySpotlight

This week, we shine our company spotlight on Paul Crump, Co-founder and Creative Director at Fellow Studio. Fellow is a design studio that believes "effective design builds lasting connections and cal tell your story and encapsulates your brand in...